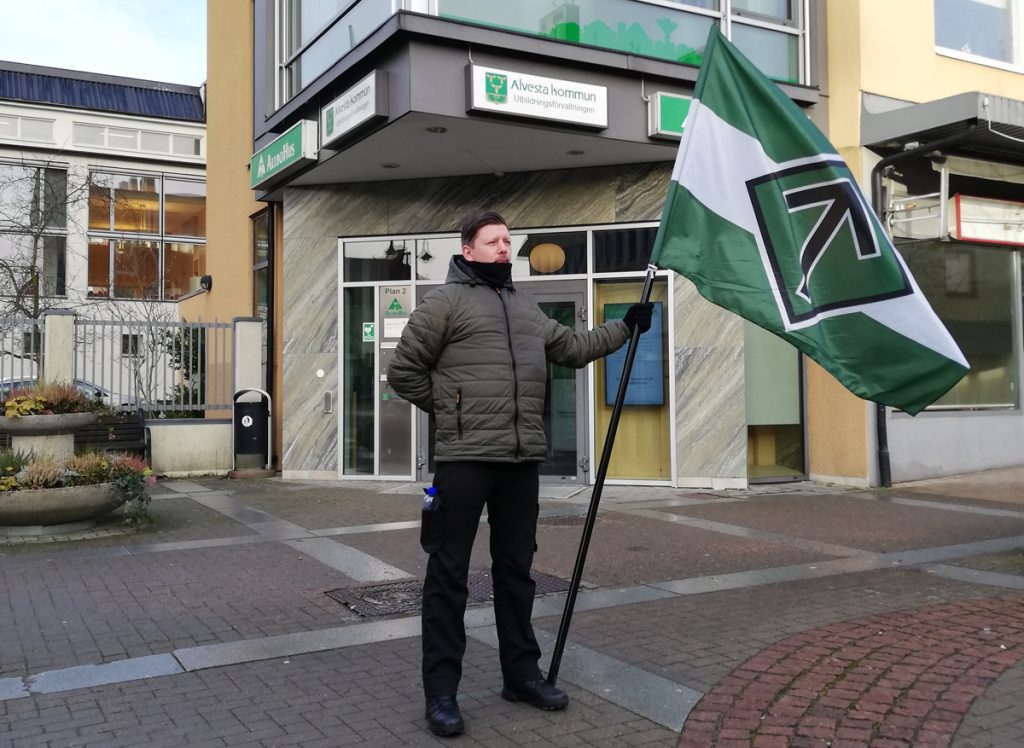 The day began early, with the comrades positioning themselves along the main high street by the Systembolaget store, close to the station. The activity started well, generating interesting discussions and lots of thumbs-up from passing drivers.

After half an hour, the police turned up and began asking questions to some of the comrades, but as they didn’t get any answers and failed to find a responsible person for the activity, they soon gave up. Instead of standing around twiddling their thumbs during the leaflet distribution, the police surprisingly started doing some actual police work, carrying out driving licence checks and breathalyser tests on passing drivers. They also redirected cars so they passed the main street, where they saw the Resistance men standing with their Tyr rune flag waving in the wind.

Finally a car with two racial strangers drove past. When they saw the police, they stalled the car in the middle of the road and the driver and passenger switched seats. This caused the police to wave them over, and a long discussion ensued. Eventually one of the racial strangers was taken away in a police car.

The conversations with locals continued throughout the morning and early afternoon, with a large quantity of leaflets being given out. Satisfied with the activity, the Resistance men thus concluded the action for the day.