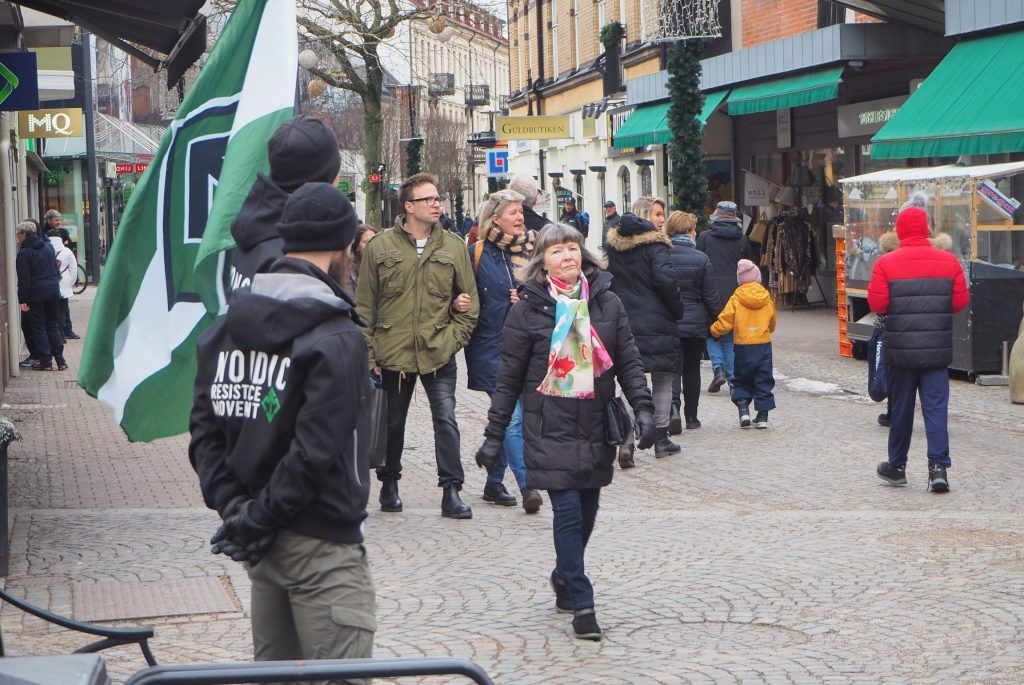 Activists from Nest 3 visited Ängelholm’s largest pedestrian street on Saturday to spread the message of the Nordic Resistance Movement.

Despite the cold February weather and the media’s Covid-19 hysteria, the town was full of people, both old and young, who were interested in the leaflet distribution. There were several discussions with sympathisers, curious passers-by and the occasional ideological opponent.

After a while the police came to the scene after a hater of freedom of speech called them and “raised the alarm”. As usual, the police arrived, realised that everything was calm, and eventually left. 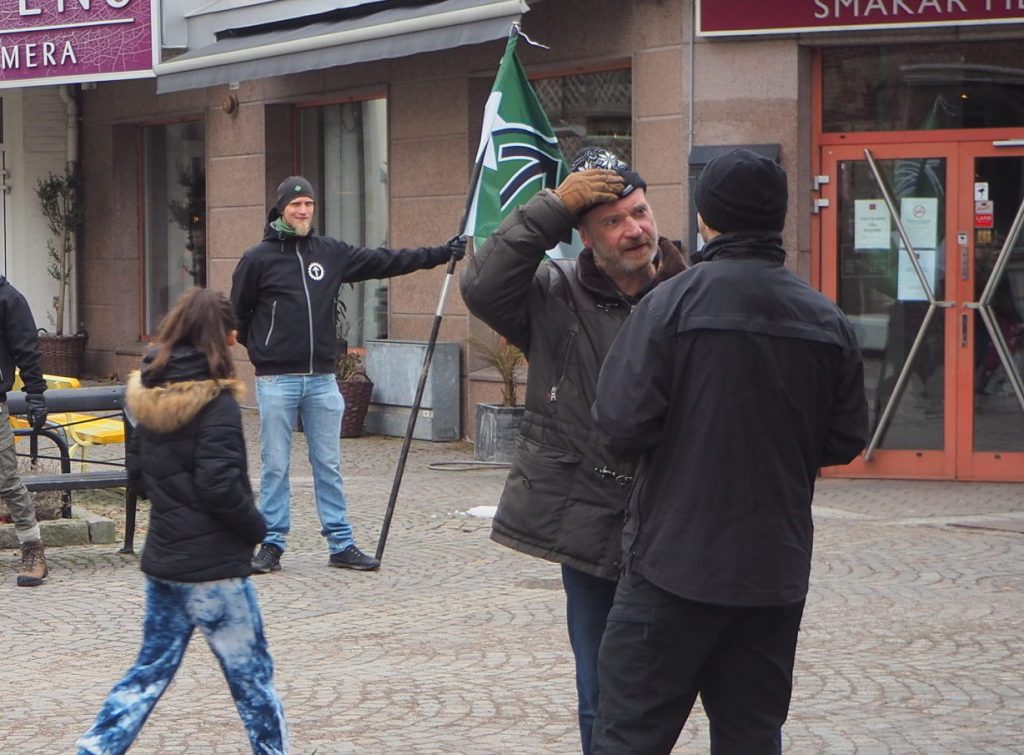 After about an hour and a half, the day was concluded with a short martial arts training session, in which new members got to practise punching techniques and some sparring.