ACTIVISM. On Thursday the 30th of May, members and activists from Nest 3 went to the Stora Coop supermarket at Eslöv for a public activity. 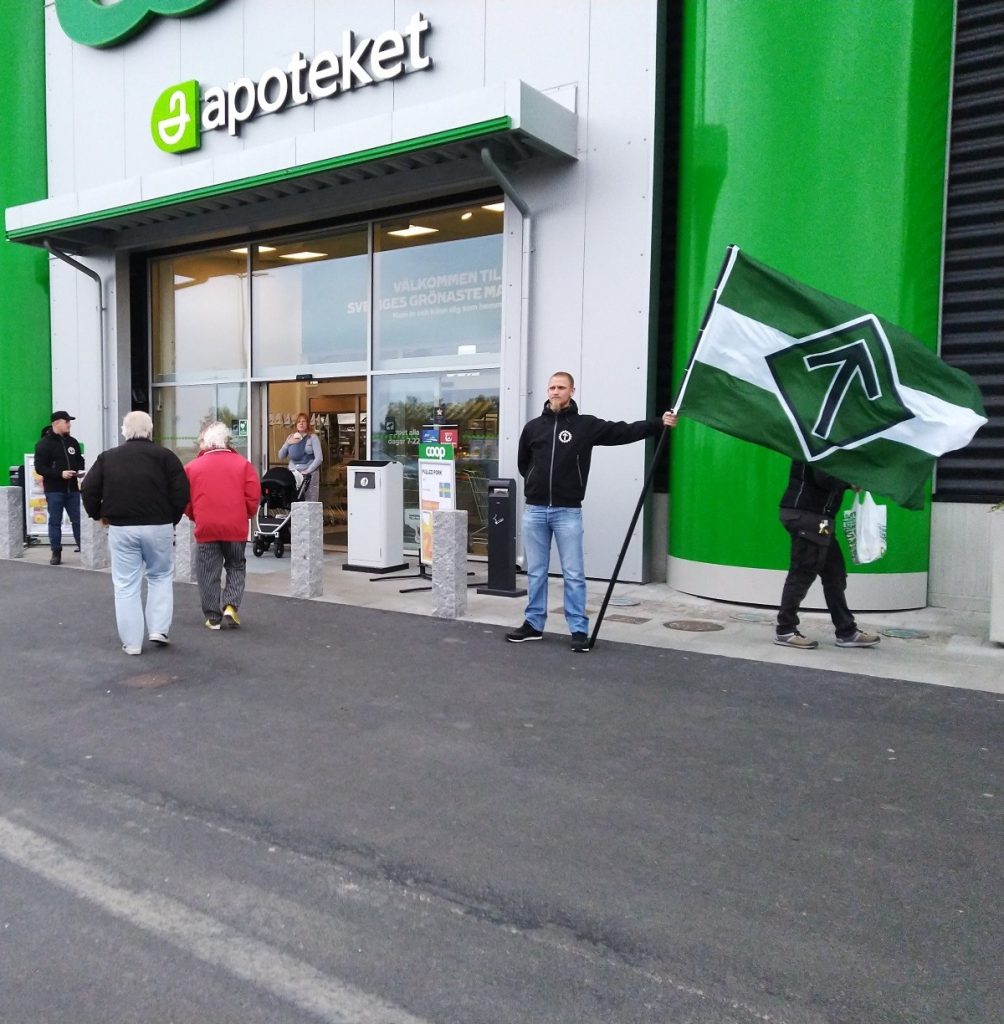 The response from the public was very positive, even though the politically motivated Stora Coop did everything in its power to obstruct the people from receiving our message and to remove the activists from the area.

Unfortunately for the Coop staff, neither the police, nor their bad behaviour – including physically standing in the way of the leafleting, and even putting up two signs decrying the activism – could do anything to halt the activity.

After approximately two hours, the activist in charge decided our message had been spread efficiently for the day and declared the activity over. 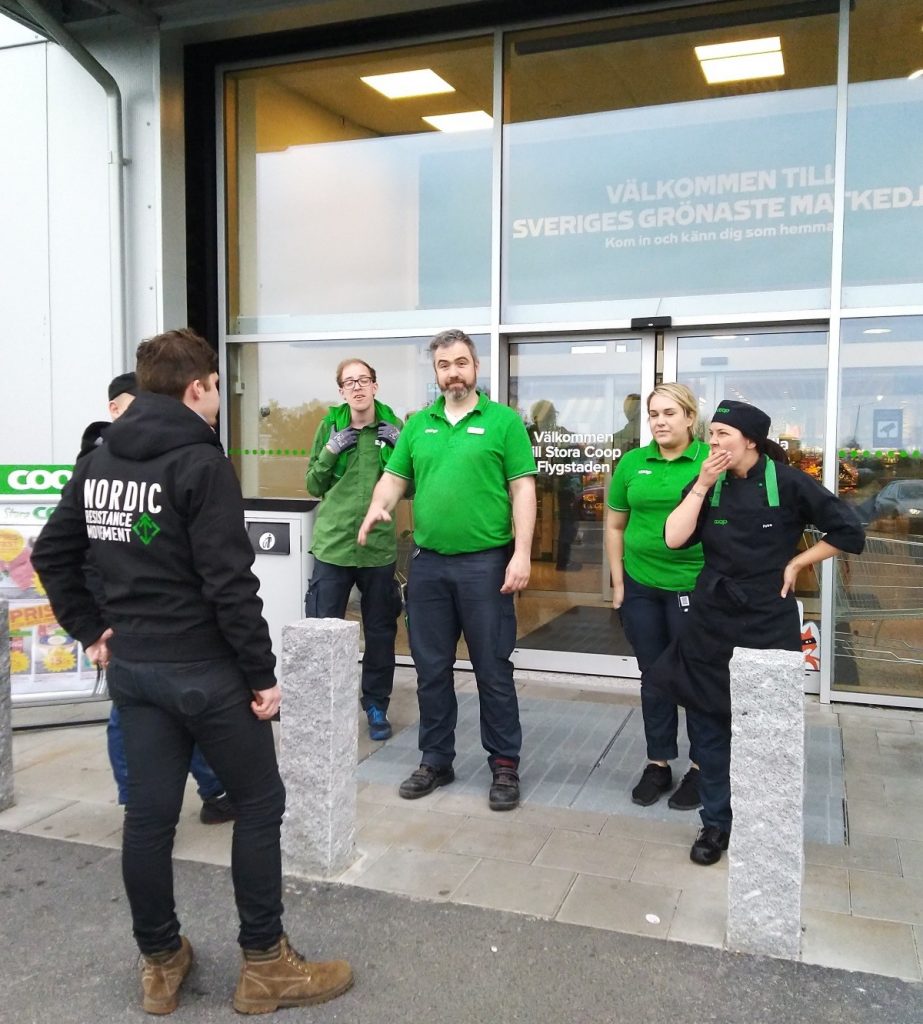