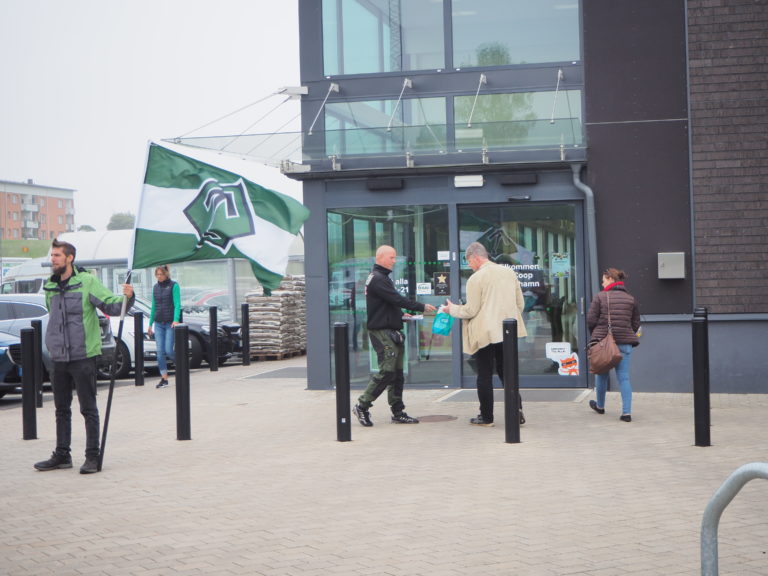 The activists had a number of conversations with members of the public, including one man who was interested in what the Resistance Movement meant by “revolution”…

Another man said he didn’t like the Resistance Movement but was willing to debate because he had “read history”. When he was questioned on simple facts regarding the “Holocaust”, he said the discussion was unfair. The exchange ended with him claiming that he believed in the theory of evolution but still insisting that all people in the world were equal. 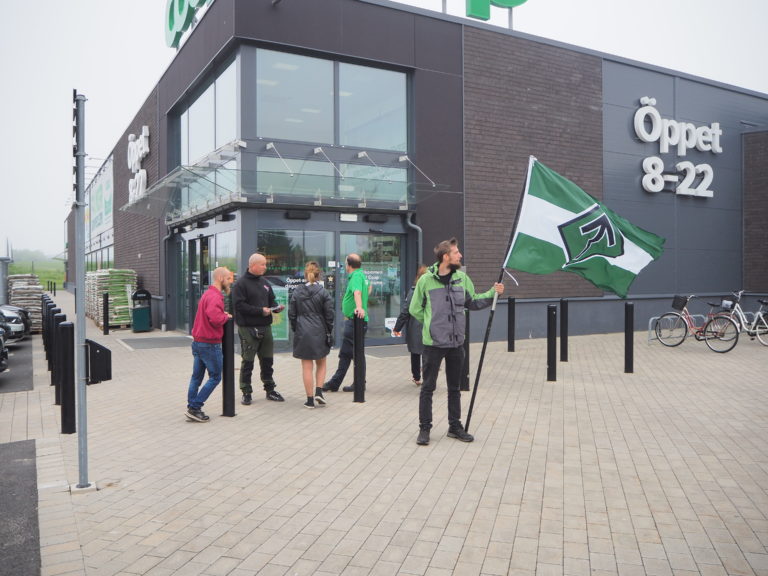 The strong wind made the Tyr rune flag very visible and as such no one could miss the Nordic Resistance Movement’s presence. A lot of people were heading home from work, so plenty of leaflets were given out to passers-by. 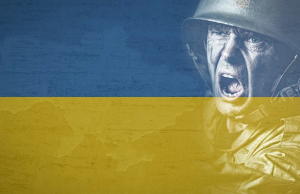