Comrades from Nest 2 decided to make use of the sunny summer weather in the best possible way on Saturday – by engaging in the National Socialist struggle!

A group of ten activists gathered in central Vänersborg to hold a public leaflet distribution. The comrades walked to the site of the activity in a group with the Resistance Movement’s Tyr rune flags waving in the wind. Once in place, they began the leaflet distribution next to a market.

Amidst the otherwise peaceful leaflet distribution, an altercation arose when one of the activists reprimanded a passer-by who displayed disrespectful and derisive behaviour by pressing a fist against the activist’s face and saying something derogatory.

It subsequently transpired that a gang of racial aliens had been observing the situation from a distance. They were initially passive, but that didn’t last long. After a while, the activists saw that the racial aliens had gathered behind some comrades, where they quickly began to agitate against the activists and threaten them with violence. Immediately afterwards, the traitorous state’s lapdogs, also known as the police, showed up on the scene.

The comrades decided to leave the area as they had no interest in having a discussion with the police. All the activists quickly regrouped and then marched from the square in formation with raised flags. But despite the activity having ended, the harassment from the police didn’t stop there. The police stopped the comrades several times for so-called “routine checks”. Clearly there is no “lack of resources” for the police when they’re persecuting dissidents and acting as the state’s thought police, rather than solving the real problems that exist in today’s multicultural Sweden.

Even after leaving Vänersborg town centre, all of the comrades were trailed by the undercover police for an extended period.

Despite confrontations with rabid racial aliens and the state’s lapdogs, the day was successful. The task of informing the people of Vänersborg of National Socialism and the Nordic Resistance Movement has only just begun.

Tomorrow belongs to us! 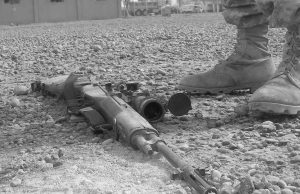