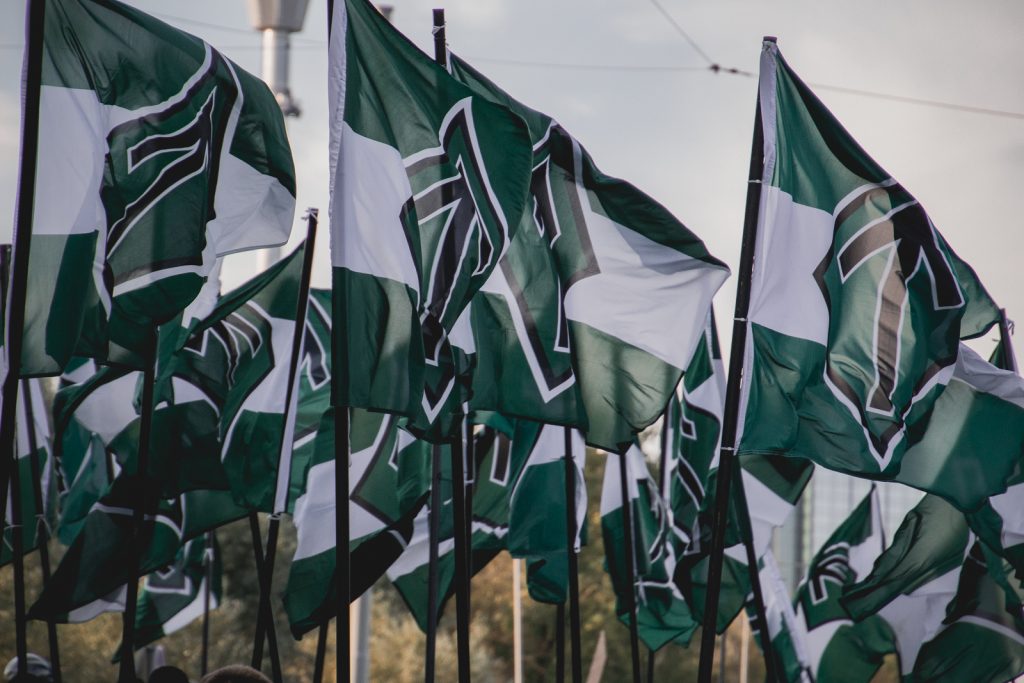 The main thing we National Socialists fight for is the survival of our people – we fight so that Aryans will continue to walk the face of the Earth. Our foremost goal, therefore, is not that Finland, Sweden or Norway remain extant as countries. Don’t get me wrong – the Nordic nations have been our people’s home for thousands of years, and we shall continue to fight for them until our dying breath. But let’s be clear: a North without Nordic peoples is not worth defending, not in the slightest.

When we talk about creating a free Nordic Nation, we mean one free of multiculturalism and other anti-Nordic spiritual poisons. We mean a free North ruled be free Nordic men and women.

Sometimes we get asked questions like: “I come from [insert name of country]. Do you hate me?” Or: “My grandmother was an immigrant from [insert name of country]. Do you hate me?” Let me begin by clarifying that unless someone has declared themselves an enemy of our people, or has allied themselves with an enemy of our people, we do not hate them based on their race. “Hate” is a strong word that many people are afraid to use. I, however, am not. In truth I hate everything that wishes to destroy me or that which I love. I hate it with a passion. I hate whatever comes between me and my family, just as I hate those who wish for my race’s downfall. Without such hate, my love would not be genuine, either my love for my family or my race.

So no, we don’t hate you because you or your grandmother came from Ukraine, Bosnia, Italy, or Uganda, for that matter. We don’t hate anyone as long as they haven’t allied themselves with the establishment and the sinister forces that want to eradicate our people. And for those who have, it doesn’t matter which country you come from, or which race you belong to. For everyone else, it’s important to state that, from a National Socialist perspective, it’s pretty much irrelevant which country you or your grandmother was born in.

After all, Aryan men and women exist on every continent, and every single day more of us are born in different countries across the world. But although we have lived in some of these lands for thousands of years, what ultimately matters is race – and it is race that we fight for in the Resistance Movement.

Are we anti-nationalists? No, on the contrary. “National Socialism” is what its name implies: a combination of “nationalism” and “socialism”; although in truth it encompasses far more than these two concepts alone. I am proud to say I am both a committed socialist and an ardent nationalist. The very word “nation” comes from the Latin “natio”, meaning “birth”, “nation”, “people” and “race”. Therefore being a nationalist without being racially conscious is just as nonsensical as being a socialist without being a nationalist. But that is another subject altogether…

Monthly meeting and speech in Nest 3

Security patrol in Östersund after woman is raped

VIDEO: Leafleting and confrontations in Gothenburg

The death of Nordic free speech and democratorship’s complete takeover