FREE SPEECH. A man who was labelled a “Nazi dentist” by the media due to his alleged involvement with the Nordic Resistance Movement will not lose his job, after an investigation ruled that he acted professionally in his duties. 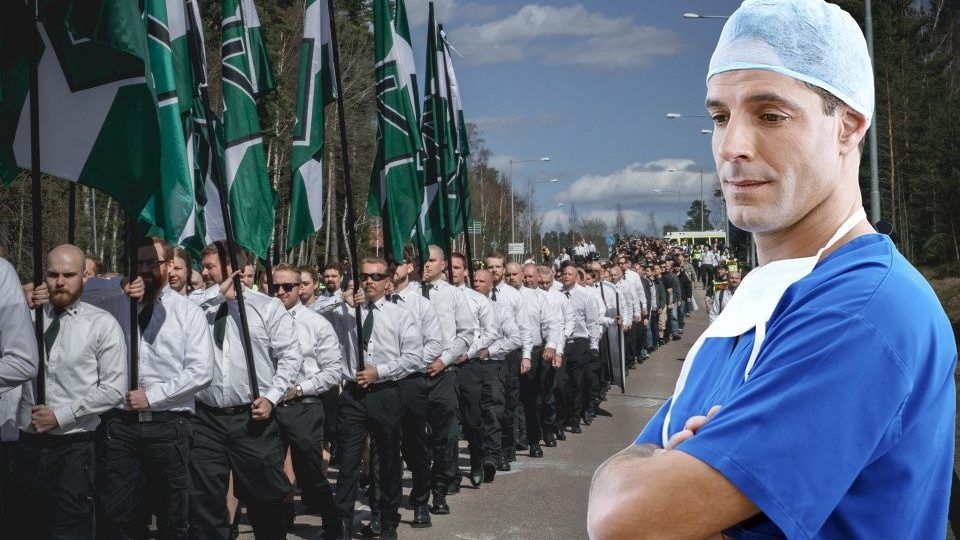 On Wednesday, 22 September, the Nya Wermlands Tidningen (NWT) newspaper published a hit piece about a Värmland dentist, who it claims is active in the Nordic Resistance Movement.

During their “investigation” for the story, NWT accosted the dentist in question, photographed him and asked him multiple questions regarding his alleged political opinions and involvement.

The newspaper referred to the man as a “Nazi dentist” in the story, in an attempt to dehumanise him and make him sound like a villain from an old B-movie. The story also included comments by the anti-Swedish organisation Expo and former members of a local so-called “anti-racist network” in order to present a subjective image of the Resistance Movement under the guise of objective facts.

The story led to Värmland Regional Council publicly distancing itself from the dentist, who has held his post for over 15 years without any prior investigations against him.

The clear purpose of the hit piece was to harm the dentist, to intimidate other potential supporters of National Socialism and to create an opportunity to spread lies about the Resistance Movement.

Both the Nordic Resistance Movement and the man’s alleged opinions are completely legal. The Nordic Resistance Movement is a registered political party that stands for election, and being a National Socialist is protected under Sweden’s Fundamental Law on Freedom of Expression. There is therefore nothing in the story to indicate that the dentist committed any offence or otherwise acted in a manner that should merit the hit piece or physical confrontation by the newspaper.

NWT’s story sparked various reactions on social media sites, where many people were sympathetic to the dentist and claimed the report was absurd.

“Out of sheer curiosity, can we find out who the communists and Islamists are?” wrote one person.

Another commenter wrote: “Is NWT trying to get a private person fired from his job? It would be more fitting to write an article about communist teachers who can’t stop themselves from spreading their disgusting views in their teaching – as well as which schools they work for so parents can keep their children away from this brainwashing.”

Another commented: “Nonsense. What he does in his spare time should not affect his work.”

Värmland Regional Council investigation concludes that the dentist did nothing wrong

Värmland Regional Council subsequently conducted an investigation to determine if the man allowed his opinions to influence him in his work during his many years of employment.

Naturally, the investigation demonstrated that the man acted professionally during his career and did nothing wrong, and that consequently there were no “legal grounds for taking measures relating to employment law”. According to Sweden’s Fundamental Law on Freedom of Expression, people are entitled to hold whatever opinions they want (including those that would make the nation better and stronger in every conceivable way).

The decision will likely come as a disappointment to regional councillor Fredrik Larsson (Moderate Party), who told NWT that he thinks National Socialism is abominable. At any rate, Värmland will retain a competent and popular dentist in its service.