DANIEL WRETSTRÖM. The Nordic Resistance Movement conducted activism in multiple locations on the 20-year anniversary of the murder of Daniel Wretström. 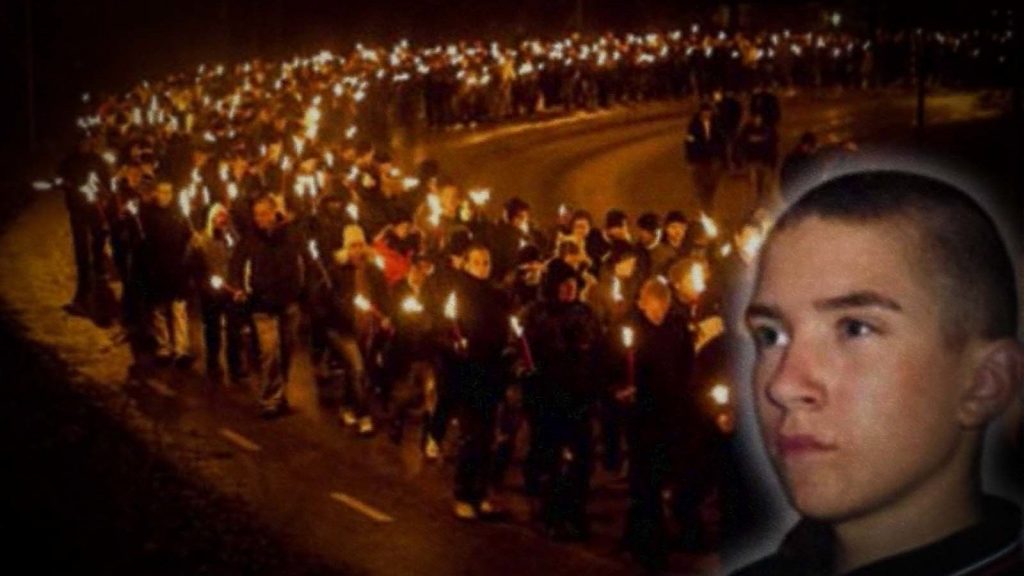 On Saturday, 9 December, 2000, the 17-year-old nationalist Daniel Wretström was brutally murdered by a multicultural gang in Salem, near Stockholm. The attack began as a violent assault before turning into what can most accurately be described as a protracted act of torture, which ended with one of the perpetrators, Khaled Odeh, repeatedly stabbing the young boy so many times that his knife broke.

The brutal crime was preceded by a lengthy and extensive anti-White campaign by a unified establishment, during which nationalists were publicly named and shamed and singled out as the greatest danger to Swedish society.

On the 20-year anniversary of the murder, the Nordic Resistance Movement conducted activism in a number of places to raise awareness of the murder and show the system that we do not forget or forgive them for their betrayal of the people.

In Stockholm, the evening began with an activity above Fredhäll Tunnel, where a large banner with the text “We will never forget Daniel Wretström” was hung up and flares were lit to draw attention to the action. 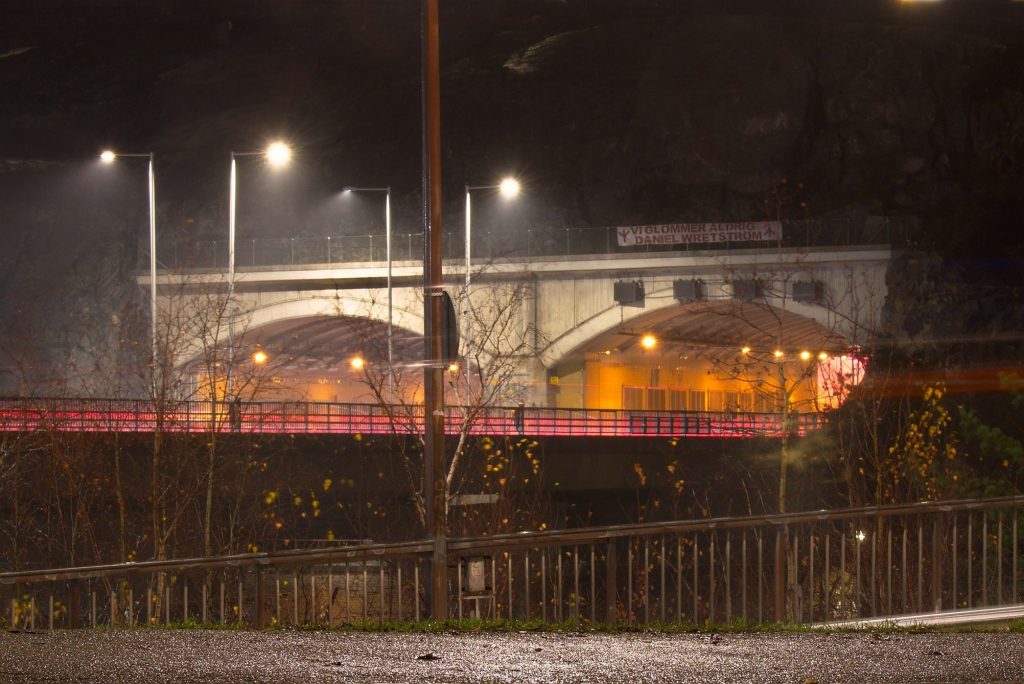 The activists then went to the murder scene in Salem, where a memorial service was held, outdoor candles were lit and a banner reading “Daniel Wretström, Rest in Peace” was held up. The memorial service ended with a speech by an activist about the murder and the events that caused it. 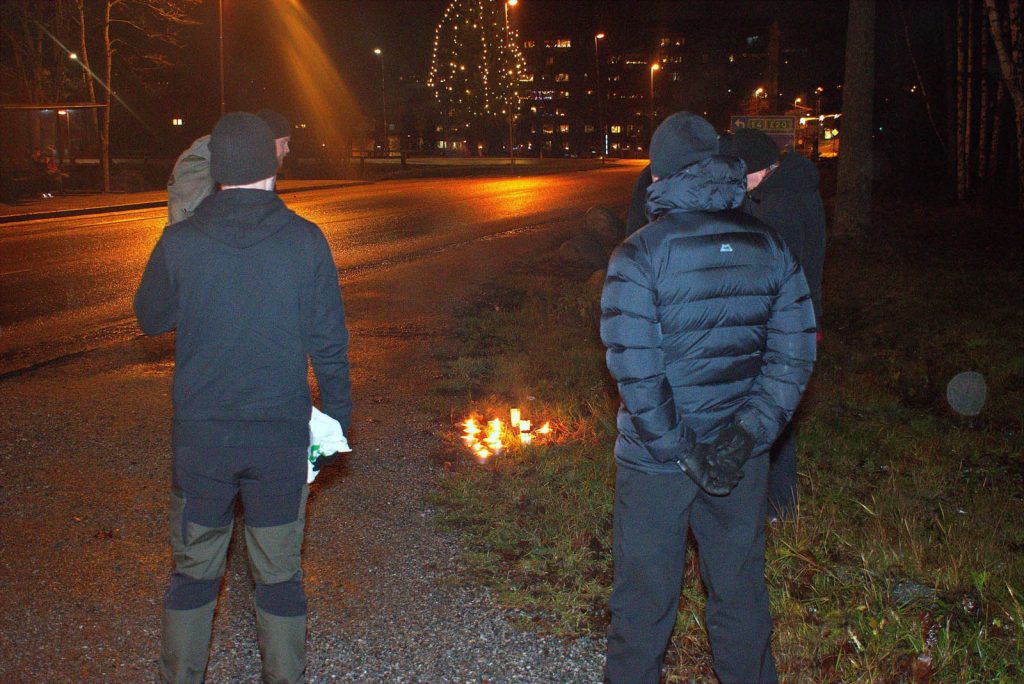 The evening was concluded with two more banners being hung up beside the E4 road.

Activism also took place during the night in Västerås, where activists put up banners and stickers, delivered leaflets to households and gave speeches in several residential areas.

In Gothenburg, parts of Nest 2 gathered to perform a banner action. The activity was conducted on a bridge near Liseberg above the E20 and E6 highways. Numerous cheerful motorists honked their horns and waved to show sympathy for the martyr Daniel Wretström. The police turned up and checked the situation without disturbing the action.

On Wednesday evening in Kungälv, many stickers were put up to remind residents and politicians of Daniel’s fate. A large part of central Kungälv received the message, including the town hall.

Additional activism occurred in the municipalities of Borås, Ulricehamn and Tranemo.