FREEDOM OF SPEECH. Three members of the Nordic Resistance Movement in Norway have been acquitted for making political statements during an activity in 2018. A thorough and correct judgement, says defence lawyer Nils Christian Nordhus. 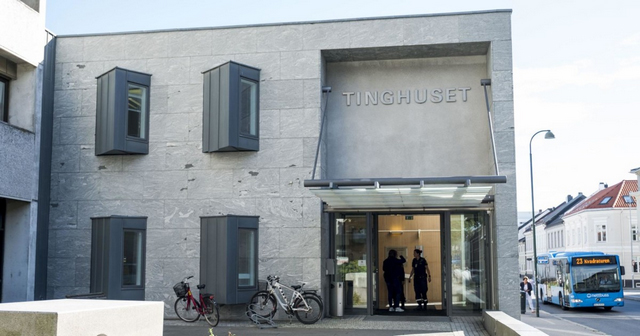 On 29th June, Tommy Olsen (41), Ronny Bårdsen (34) and Jan Christopher Pedersen (37) were cleared by the court of appeal for a political stunt on 9th April 2018, in which a swastika flag was raised, and banners with swastikas and the text “We are back” were hung up in three different locations in Kristiansand, Norway.

The court of appeal reasoned that the statements and symbols were not directed towards particular groups but appeared to be more general, and therefore were not punishable.

Defence lawyer Nils Christian Nordhus told NRK that the acquittal is not surprising but thorough and correct.

Nordhus said: “This case is not about whether you agree or disagree with their viewpoints. It’s about whether my clients should be punished for their opinions, and for having been honest and communicated them publicly.”

Frihetskamp has been in contact with Tommy Olsen, chief of the Norwegian branch of the Nordic Resistance Movement, for a comment about the acquittal:

“I must say that personally I’m very surprised,” Olsen said. “Trust in the legal system has not exactly been especially high considering how politicised and hypocritical the Norwegian authorities have proven to be. The fact that there are still people who conduct themselves professionally in their work, and that they acquitted us, is very gratifying. Now it remains to see what happens next.”

The three Resistance men were originally convicted by the district court for “hateful statements” but appealed the decision to the court of appeal, which has now acquitted them.