ACTIVISM. The Activist Group from Sweden’s Nest 5 went to Malung, Dalarna County, last month to highlight the contempt politicians have for the will of the people.

Nest 5’s Activist Group went to Malung on Saturday, 19 December, to conduct an activity connected to the local referendum on wind power which was held earlier in the year.

The people voted “No” to the establishment of a wind farm in the area, but local politicians announced they would ignore the result and push their decision through regardless.

In response, the Resistance men conducted an activity on a bridge in Malung with a banner reading, “The People Vote – The Politicians Laugh.” 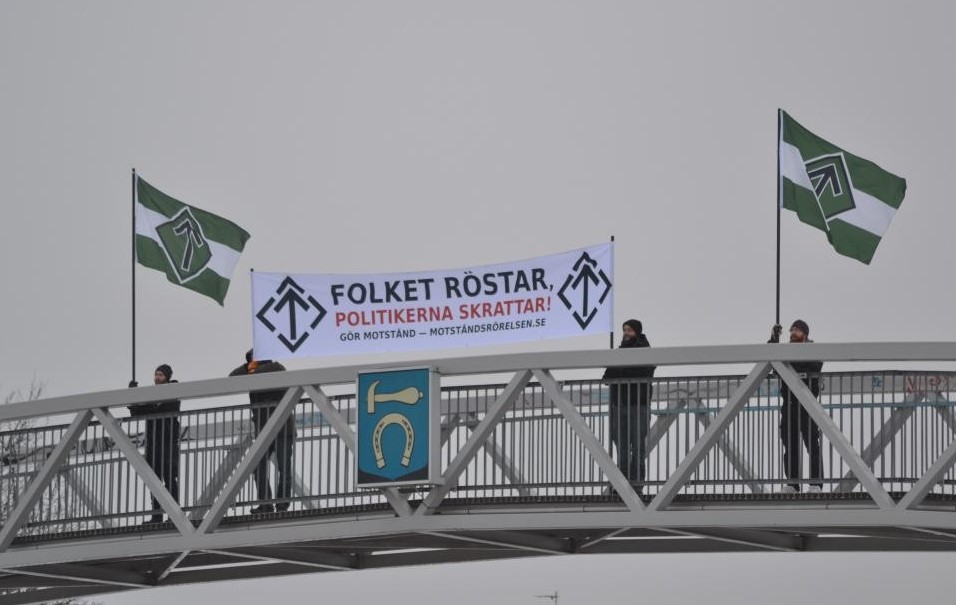 The group also went in search of local politicians to question about the matter. The only one to be found was the Centre Party’s local chairman Pär Kindlund, who seemed to think it was more important to wash his car than answer questions about why the will of the people should be ridden roughshod over.

Motståndsrörelsen.se asked some questions about the activity to Activist Group Chief Markus Nordh.

What happened in Malung and why?

We have been in Malung to conduct a banner action as well as to question local politicians. This activity was held in response to a referendum in the municipality earlier this year regarding the establishment of a wind farm. The “No” side won, but in spite of the result, the municipal councillor Hans Unander announced that the municipality would allow the wind turbines to be built. 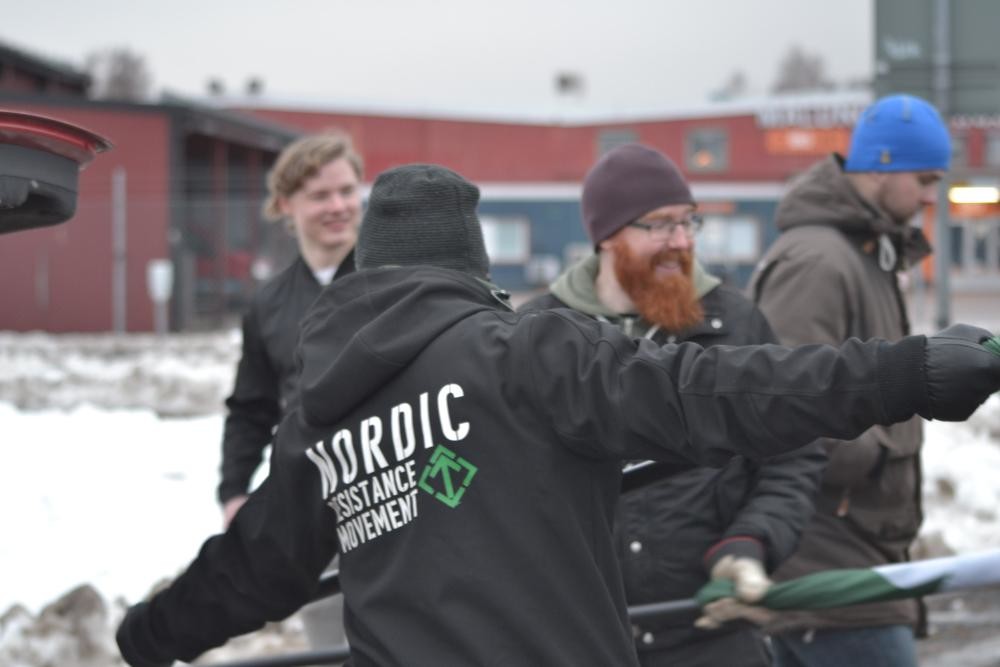 What was the response from the public?

It seemed that the people of Malung were a little more zombie-like than we’re used to. There wasn’t as much response as there usually is, either positive or negative. This may have been because they’re not used to seeing us in the municipality. The good news is that the response we did get was predominantly positive.

At the end of the banner action, some local ne’er-do-wells decided to shout something about “pig f–kers” at the activists. When these individuals were confronted and asked if that was something they liked doing, they answered in the affirmative. Exactly why they felt compelled to share this with the activists, when we didn’t ask for such information, is unclear.