RESISTANCE MOVEMENT. A documentary about the Nordic Resistance Movement has proved to be highly popular on the Russian social media site VK, earning almost 80,000 views. 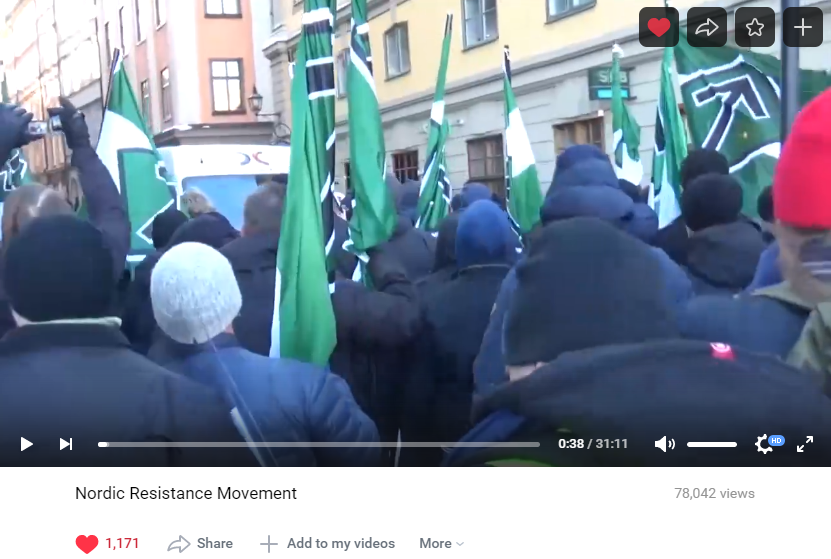 The Russian-language film was published in the group Nord Russland (North Russia), which has nearly 50,000 followers on VK.

The Resistance Movement have been in contact with a man from Nord Russland who helped make the film to find out more about it.

The man said that he has Scandinavian heritage from a few generations back and can speak Norwegian, which made him interested in preserving ethnic Scandinavian culture.

“The primary aim [of the film] is to introduce Russian-speaking people to northern European nationalist politics,” he said.

“The Nordic Resistance Movement’s demonstration optics are very inspiring, with courageous people with flags openly speaking about their political demands. They set an example for other white people.”

The film could previously be watched by anyone but now requires users to log in to VK to view it. The film can be seen here.