ACTIVISM. On 15 November, a 14-year-old girl was raped by a racial alien in a bathroom at Withalaskolan school in Vetlanda. On the following Friday evening, Sweden’s Nest 7 went to the town during a public event to spread propaganda and talk to the people. 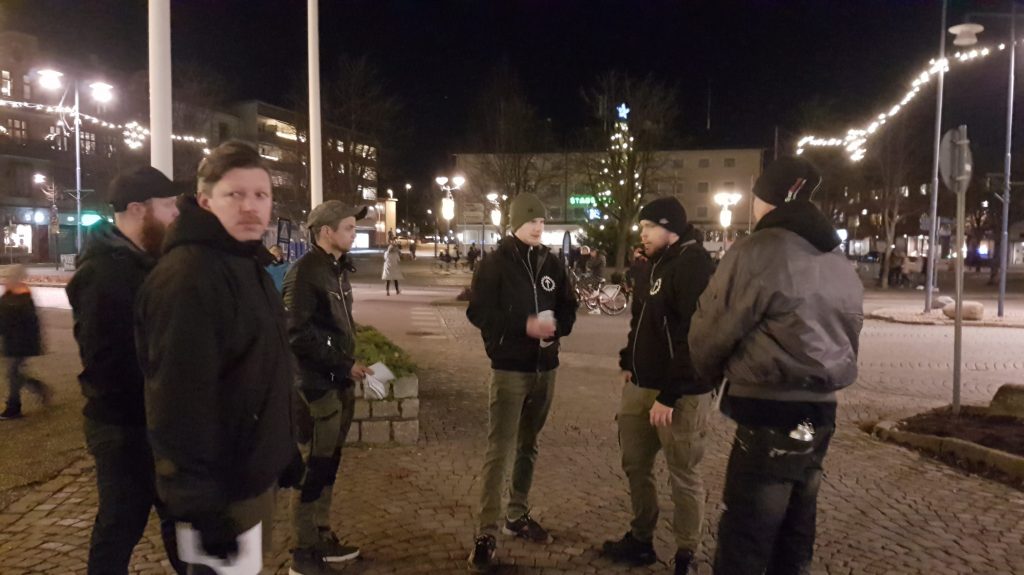 At 6 p.m. a Christmas concert and candle-lighting ceremony was taking place in the town centre, attracting a large crowd, which in turn attracted the Resistance Movement’s activists. The activists gave out leaflets and stood and talked with the people.

When the event was over, the crowd thinned out, and the activists started walking around town to put up propaganda. After large parts of central Vetlanda had been covered, the group headed towards the outskirts of town to hang up banners and speak with the young people who usually hang out in the car parks. 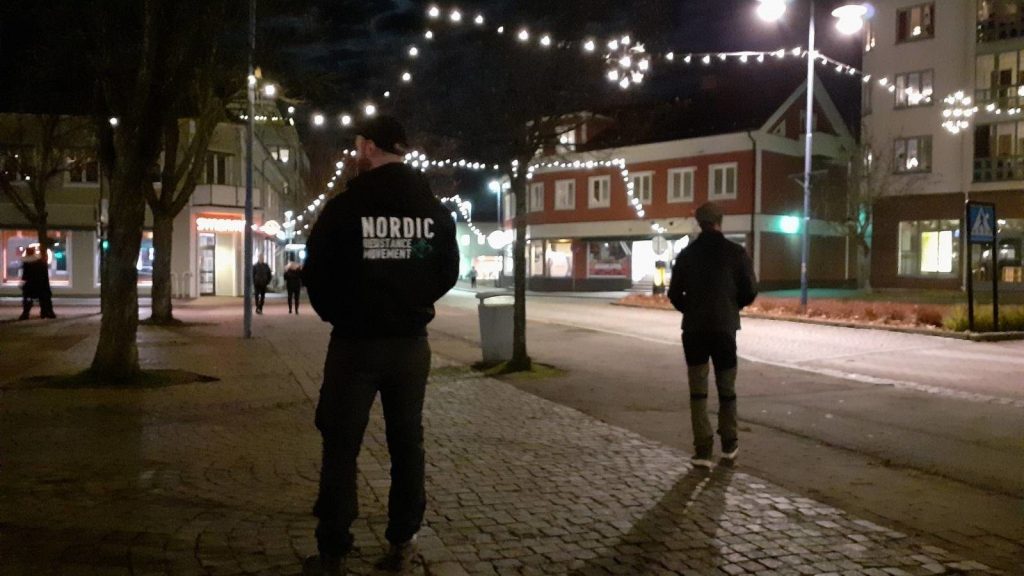 The group chief and Vetlanda local Jonas Jensmark had this to say about the meeting with the teenagers:

“We headed towards the outskirts of Vetlanda, where we knew young people would be hanging out. When I and a couple of comrades were going over to them, the first police car turned up. Altogether, three patrols arrived on the scene and tried to find out what we were doing there, but as usual they didn’t receive an answer. We had a lot of productive discussions with the youngsters, including one in which they told us about a gang of racial foreigners who throw stones at them and harass them on an almost daily basis. We concluded the conversation by giving them a few stickers, which proved to be very popular.” 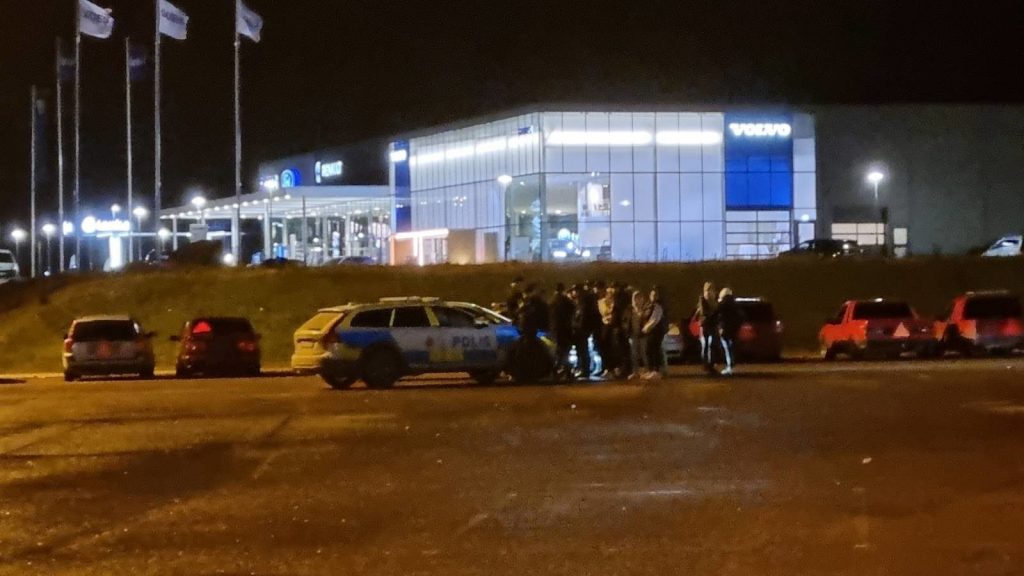 Some of the youngsters go to Withalaskolan and told the Resistance men about the incident on Monday and how the racial aliens at the school behave in general. They said they had been attacked and robbed by racial aliens and that they didn’t get any help from the police when they called.

Before the Resistance men concluded the activity, they put up some more banners on bridges around Vetlanda. One of the comrades’ cars was stopped by the police, and the activists were body searched. Finally, the comrades gathered at the cars again and enjoyed half an hour’s socialising before heading home. 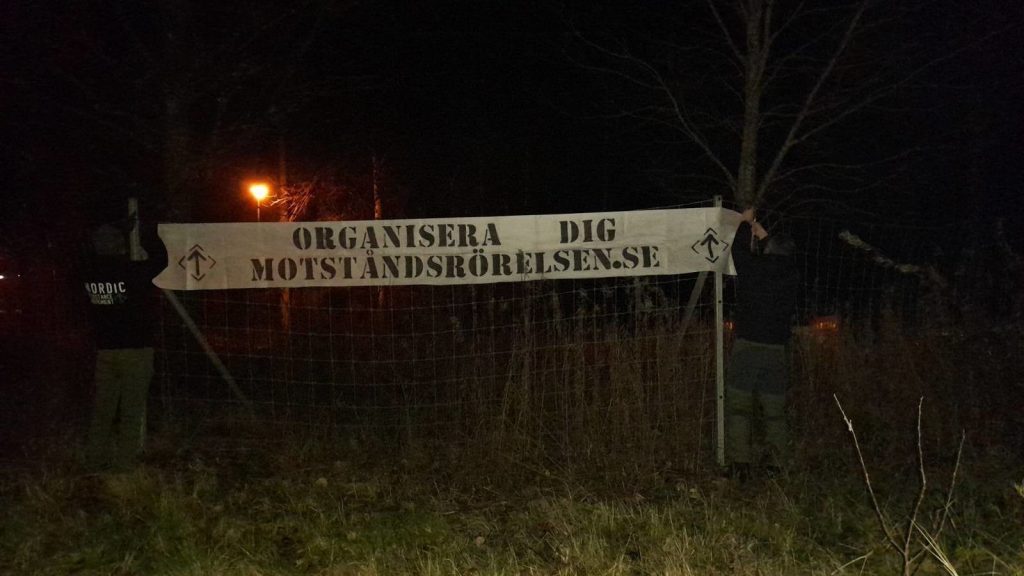 More about the rape at Withalaskolan (Swedish)