SOCIAL ACTIVITY. The newly formed activist group 801 gathered for a full day of fellowship activities on Saturday, 9 February. Directives on clothing had been given beforehand, but no-one knew what lay in store for them…

The activist group chief had, on the previous day, drilled a hole in the ice of a lake preparing the comrades for an ice bath.

After carefully relating all aspects to be considered when moving across thin ice, he explained the importance of keeping calm in the ice-cold water. To prove one’s capacity of keeping his head cool, the 14 Words had to be stated before being allowed to climb out of the hole in the ice.

Being a good leader, the chief was the first man to jump in. For many of the comrades, this was their very first time ice bathing, but all of them mastered the task. After bathing, it was luckily only a short run to the showers of the venue hired for the day. The active National Socialists of Nest 8 were hereby subjected to their first trial as a group and have become a stronger unit in the process.

With everyone clean and fresh, the venue was prepared and the management began cooking, waiting for the activist group members’ arrival. They all had a day full of fellowship and socialising to look forward to. A sauce of minced meat on white cabbage and a delicious salad was served, followed by a good dessert. 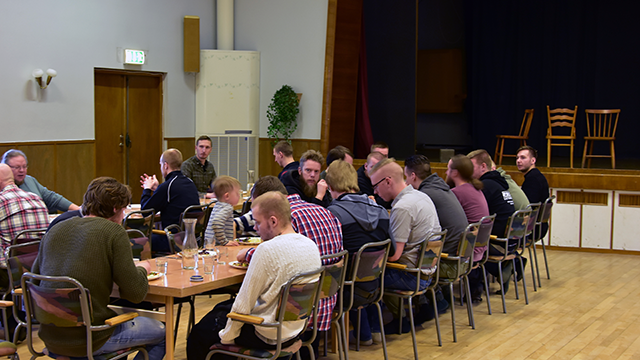 The video editor of Nest 8 replayed a video from the bathing in the ice hole. This provided an opportunity to test all the equipment needed to produce video material, provided with the newly formed Nest, and to hold lectures.

Everyone conversed for several hours, and all the members of Nest 8 are now more familiar with each others as comrades in the struggle. Many participating children and pets present also helped to maintain good spirits and a high level of positive energy. 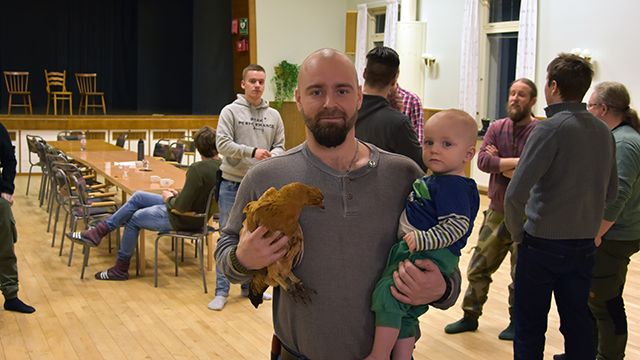 For the culmination of a splendid day, Nest 1 activist Julius Blomberg paid a visit to the event to play his guitar and sing songs full of national pride and a belief in the future. 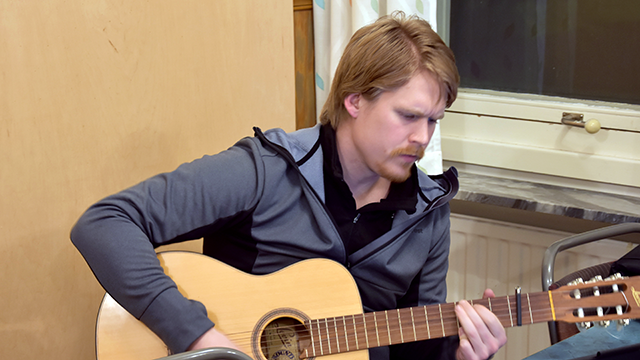 Nest 8 is now truly ready for the battle for blood and soil!