RESISTANCE MOVEMENT. On Saturday November 30th a group of activists and members from the Nordic Resistance Movement’s Nest 1 joined forces with other independent nationalists to honour the memory of the legendary Swedish warrior king Karl XII and his Caroleans, commemorating his heroic death in combat on the 30th of November 1718. 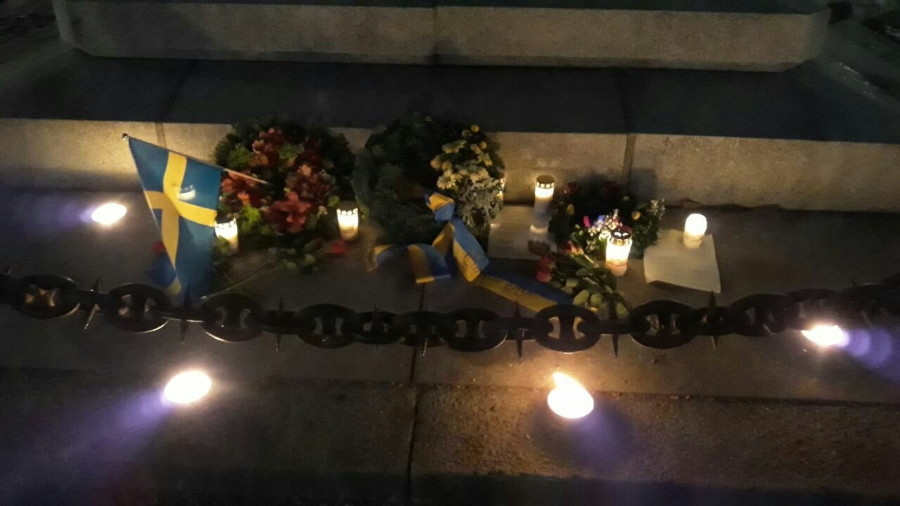 About 40 people met up at Östermalm’s Square to participate in the torchlight procession. With standard bearers in front, the phalanx moved through the central streets of Stockholm,  ceremonially illuminating the winter darkness as it made its way to Kungsträgården (King’s Garden) where Karl XII’s statue stands. 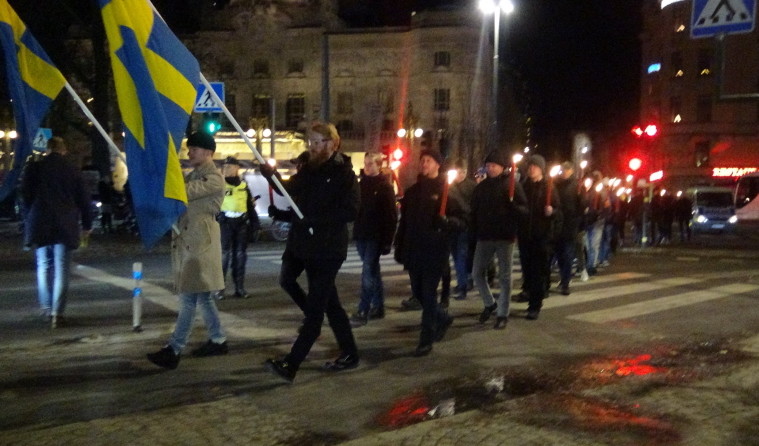 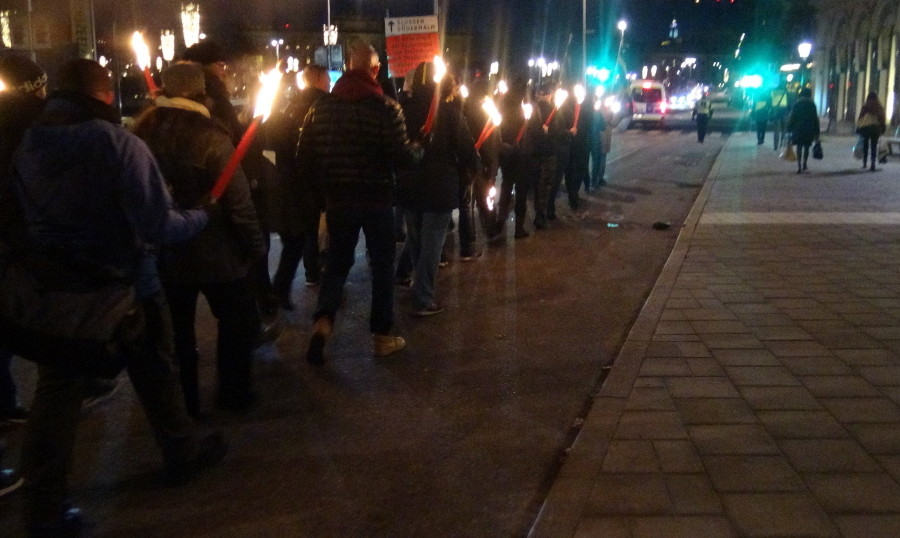 When the procession arrived at the square, the standard bearers positioned themselves at either side of the statue, and the comrades stood facing the great king in a semicircle. 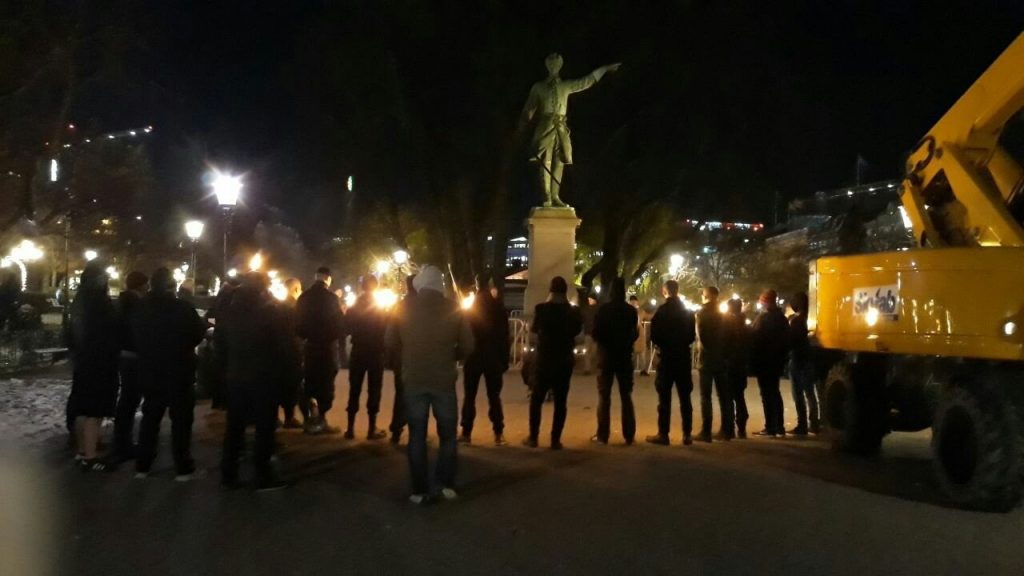 A Nordic Resistance Movement activist held a speech in the light of the torches about the great king’s life, accomplishments and heroic spirit. Candles were lit and placed at the foot of the statue, and a minute’s silence was held in memory of Karl XII and his fallen soldiers. 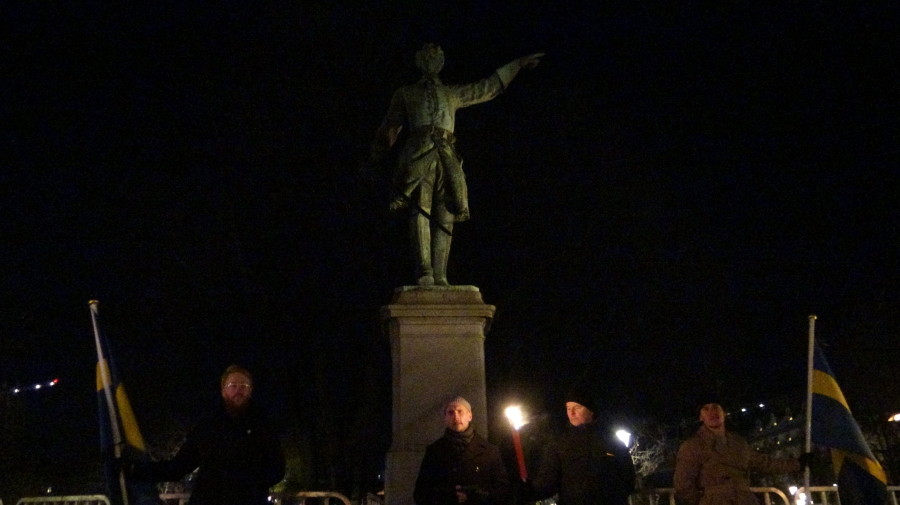 Today we honour the history of Sweden – tomorrow we take the fight to the streets!