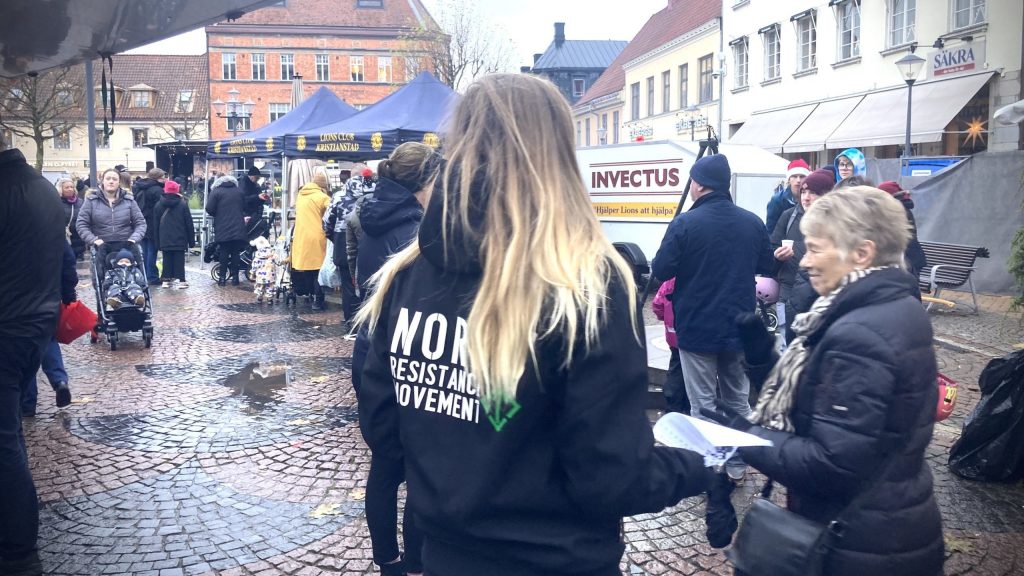 On the first Advent of 2021, activists from Nest 3 gathered to spread the Resistance Movement’s message at a Christmas market in Kristianstad. 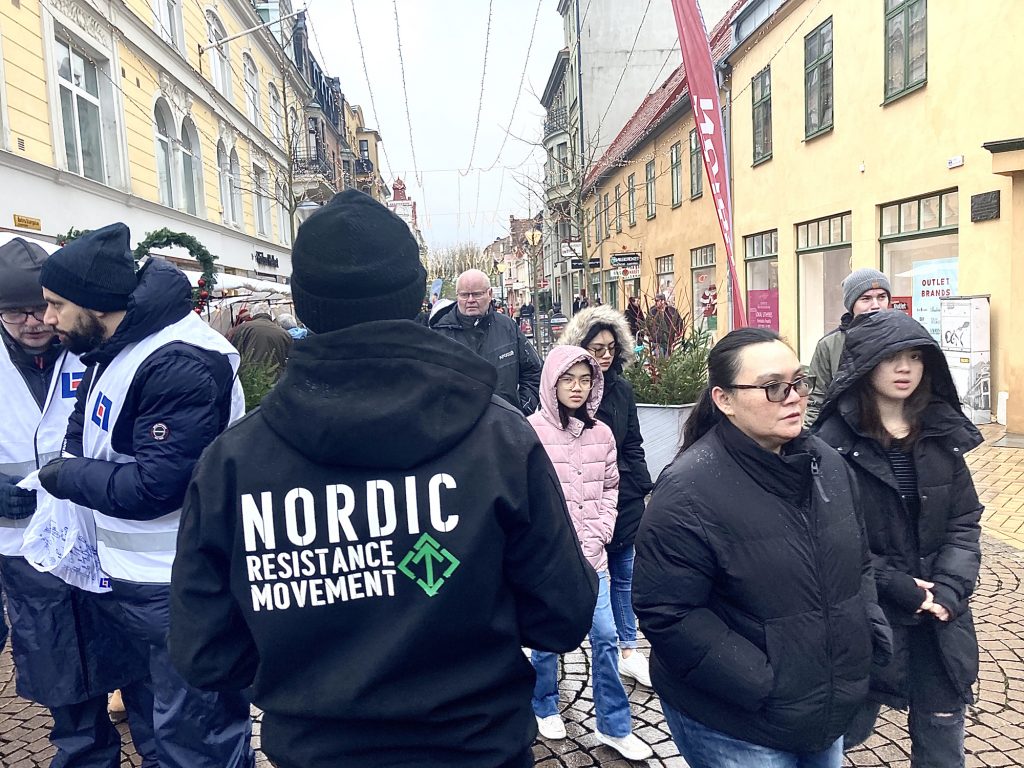 The market attracted a lot of people and provided a festive atmosphere. The activists stood at one of the entrances, with a leafleter on every corner of the intersection, ensuring the leaflets were given out quickly. They also unfurled a banner to draw maximum attention to the Resistance Movement’s presence. 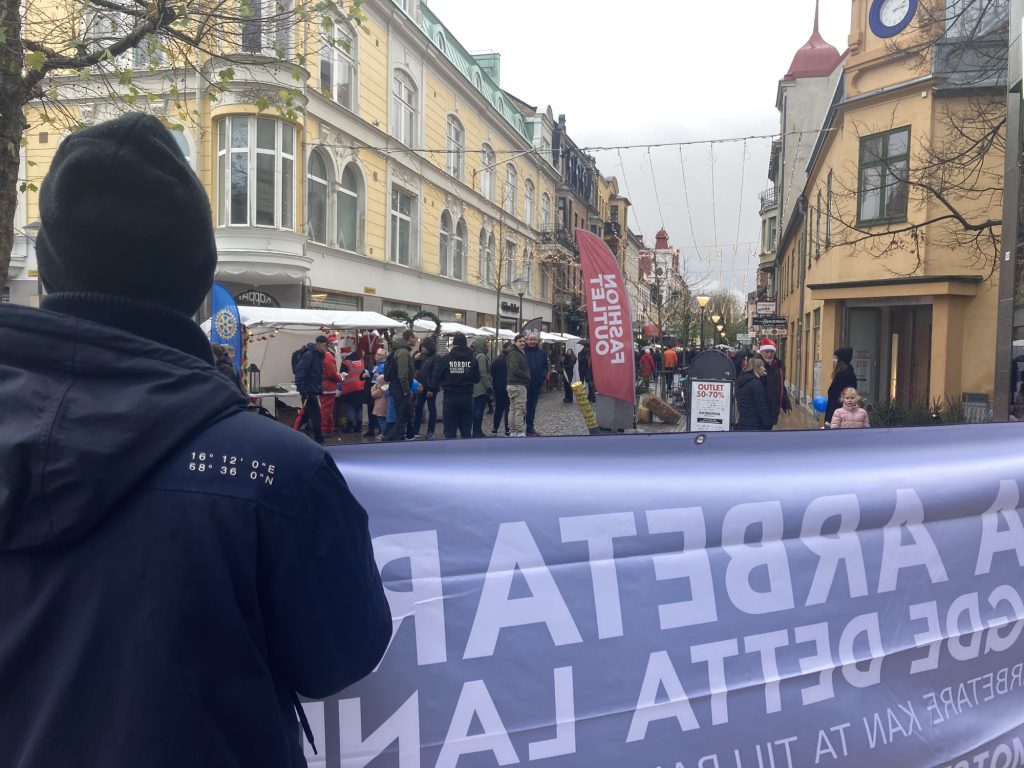 One of the security guards who had disrupted the Resistance Movement’s town square meeting in August was also present. Instead of “playing the policeman” and making up crimes like “assaulting a garbage can”, like he did last time, he remained relatively passive now that the real police were nearby.

The police also remained passive but decided to report the Resistance Movement’s activists for a breach of the Public Order Act, presumably on orders from their higher-ups. This crime is one that activists are often suspected of, but which is rarely ever prosecuted.

The leaflets being distributed featured a short version of Cedric Höglund’s recent article “A Christmas present to remember”, which encourages readers to give a gift to the their nearest and dearest at Christmas by joining the Resistance Movement and fighting for their future. 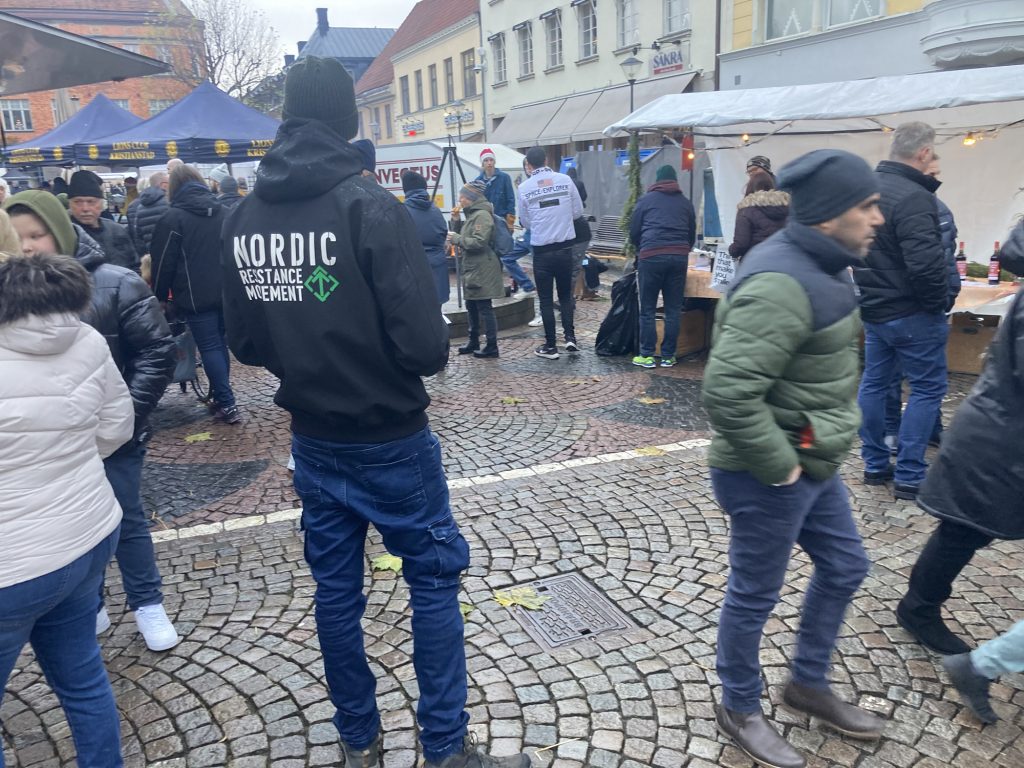 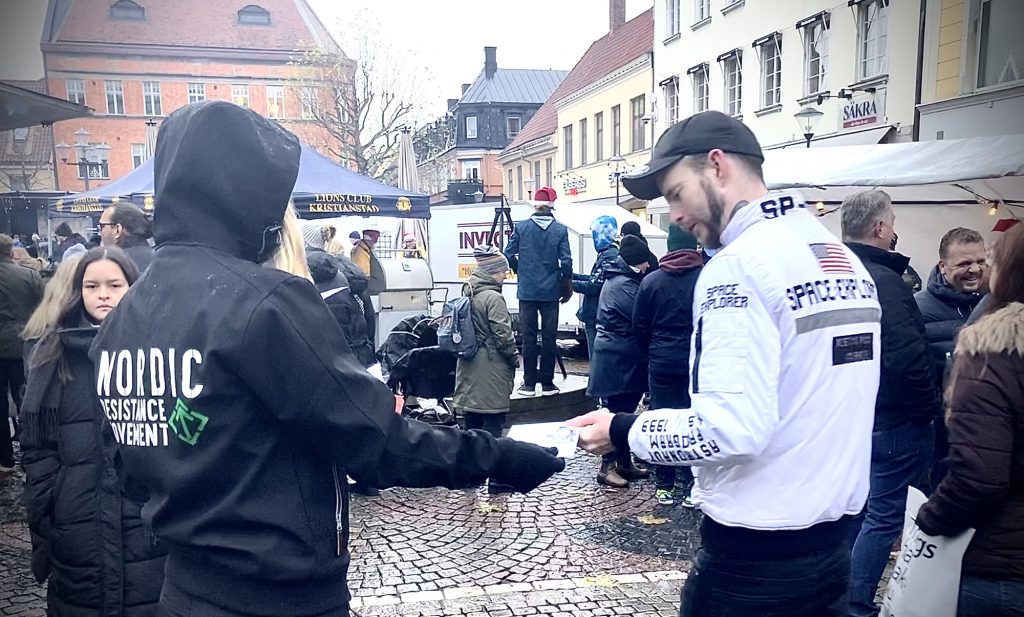 After about two hours, when all the leaflets had been given out, the banner was rolled up and the comrades left the area. The activity was regarded as very successful by all the activists.