RESISTANCE MOVEMENT. The correspondent for Sweden’s Nest 7, Victor Johansson, reports on a full day of activities, both on the streets and at the Nest’s monthly meeting. 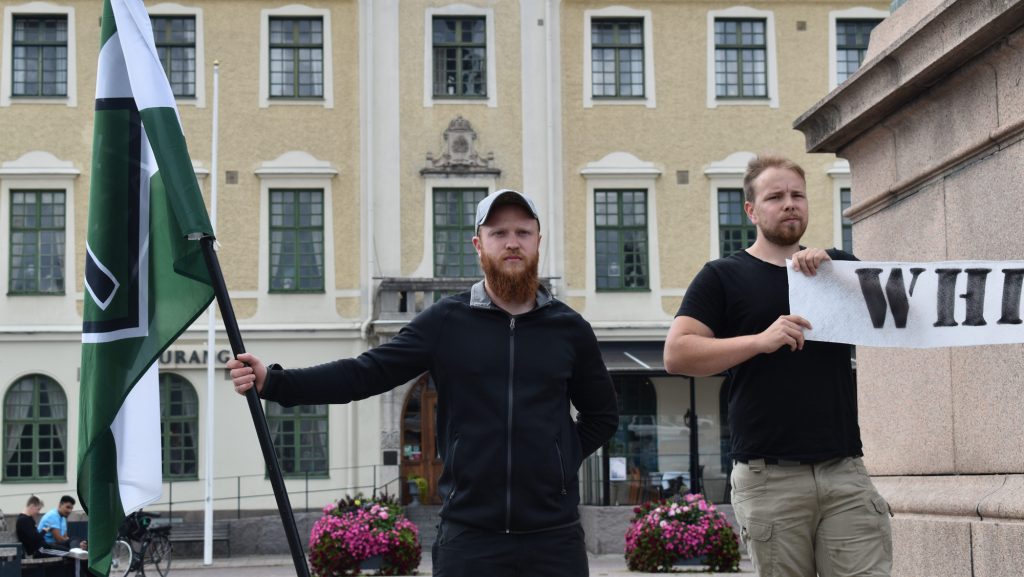 On Saturday, 7 August, comrades from Nest 7 were back on the streets of Eksjö to conduct activism. The activity was the fulfilment of a promise made after our action in the town earlier this summer and also became part of the global campaign for Indigenous People’s Day.

This time Eksjö’s reds didn’t make the effort to emerge from the town’s sewers to disrupt our action, which meant we could talk with ordinary local people in peace and quiet instead. Most of the people we spoke with were sympathetic. 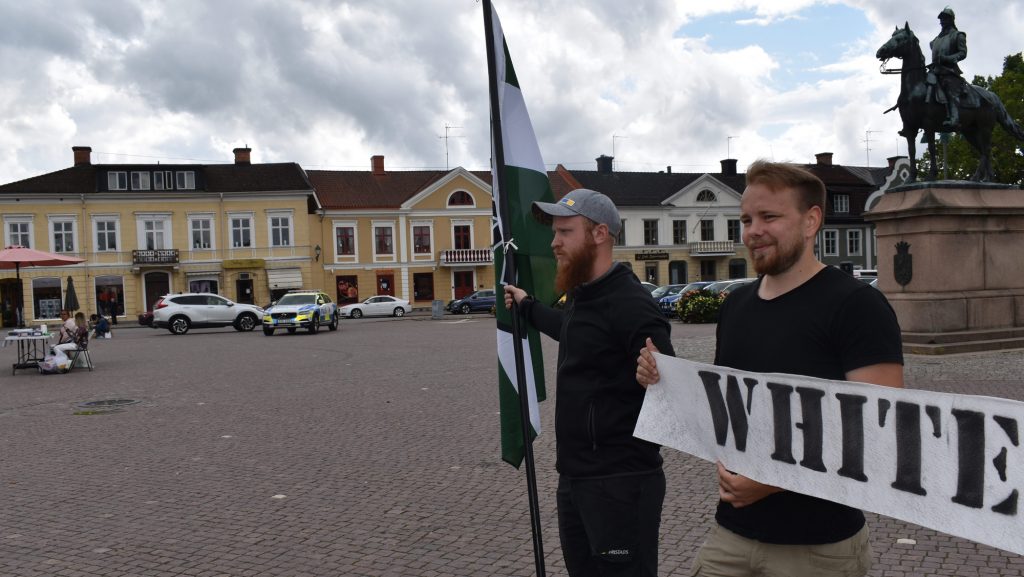 At one point, a local man approached us with a determined stride and a resolute look on his face. When I saw him from a distance, I instinctively began to mentally prepare myself for some kind of confrontation; however, that turned out to be completely unnecessary. Instead, when he reached us, he held out his hand to an activist and said, “Thank you for being here, brothers.” He then shook hands with all of us.

A woman pushing a pram also came up to us and said, “What you are doing is the bravest thing someone can do” and then left before we even had time to answer her. Many others came forward to both praise us and stop to talk.

The only people who were negative during the day were some passers-by who appeared to be holidaying Germans. They shouted something that my limited amount of German language knowledge told me was “Scheisse nazis fick euch”. One of them also took the time to write “Fck nazis” on a cake wrapper, attach it to an electrical cabinet with plasters, and then smugly photograph her companions next to it before quickly leaving the area.

When our message had received sufficient exposure for the day, we packed up and went on to the next activity – lunch and socialising at a comrade’s house. 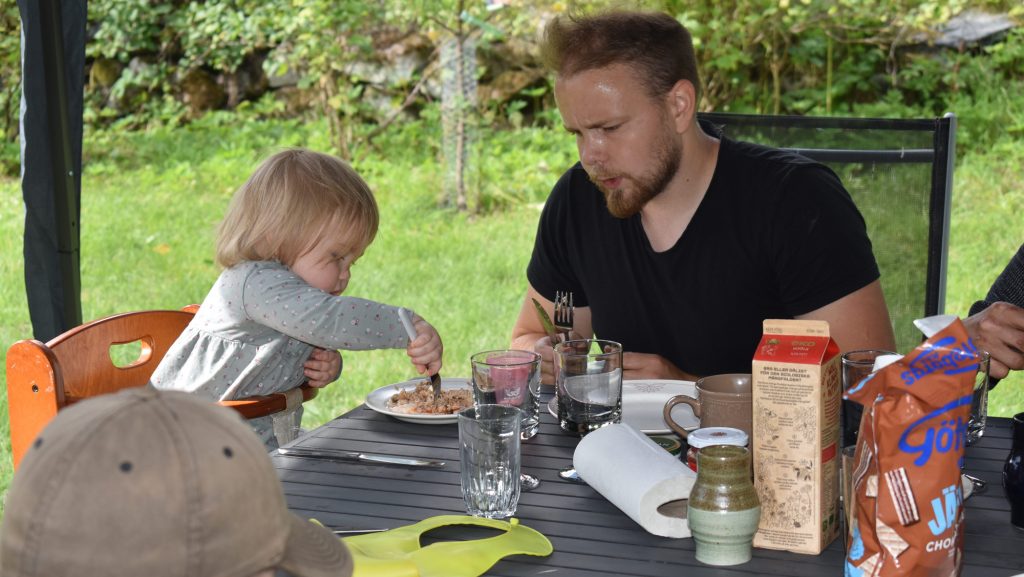 Last on the agenda was the monthly meeting. The past month has seen much activity in Nest 7. We carried out two public actions, first in Gränna and then in Eksjö. We abseiled down a rock face and hung up a large banner, conducted a tough wilderness activity, and continued our basic activism unhindered.

I want to thank the people of Eksjö for the warm reception during the day, and for all their encouraging words. It’s fantastic to see the popular awakening up close.