ACTIVISM. Jönköping, Nässjö, Vetlanda and Eksjö were all visited by Sweden’s Nest 7 for public speeches on Saturday. 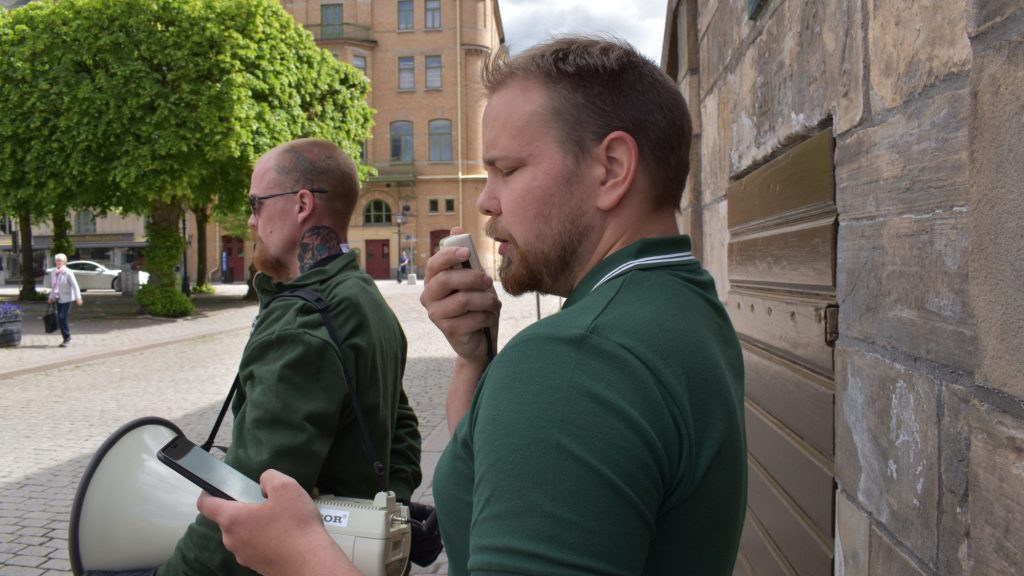 The day began in Jönköping, outside the A6 shopping centre. The first speech was given by Jonas Jensmark, who spoke about who bears responsibility for the population replacement and encouraged the people to join the resistance against these traitors.

A population replacement is taking place in Sweden, through which we will become a minority in our own country in the not too distant future. This means that ultimately our people, our race, will be eradicated forever – something that, if it were to happen, would be totally irreversible. 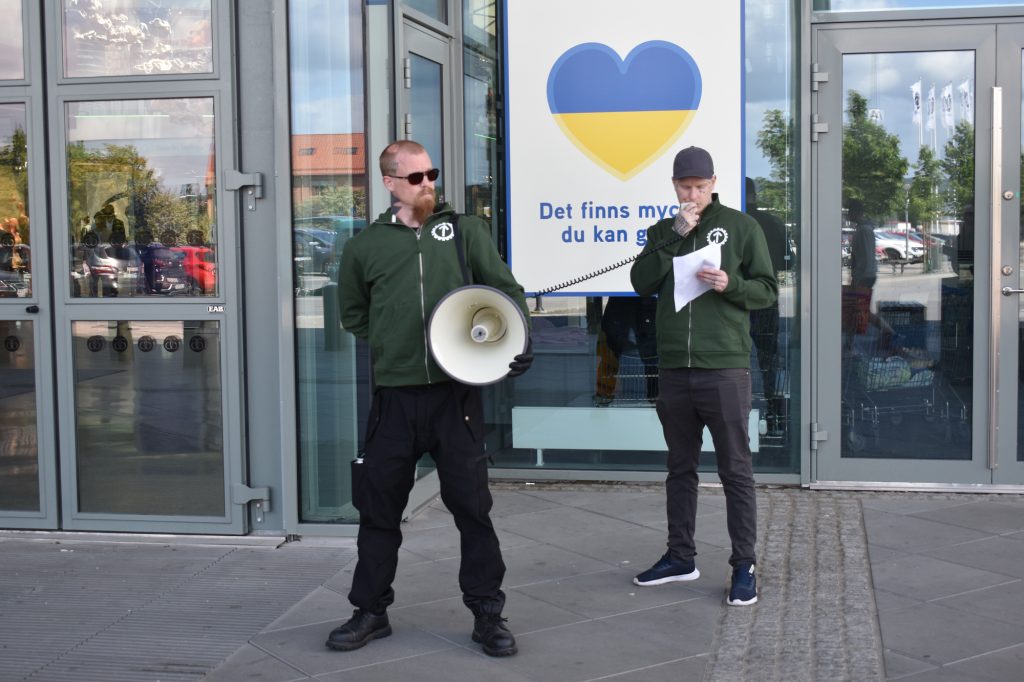 Next to speak was Nest Chief Hampus Maijala. His speech was also about the population replacement, as well as the consequences of mass immigration for the Swedish people, and the corruption of politicians. He went on to talk about the coming election this autumn, and making a revolutionary choice by voting for the Resistance Movement. 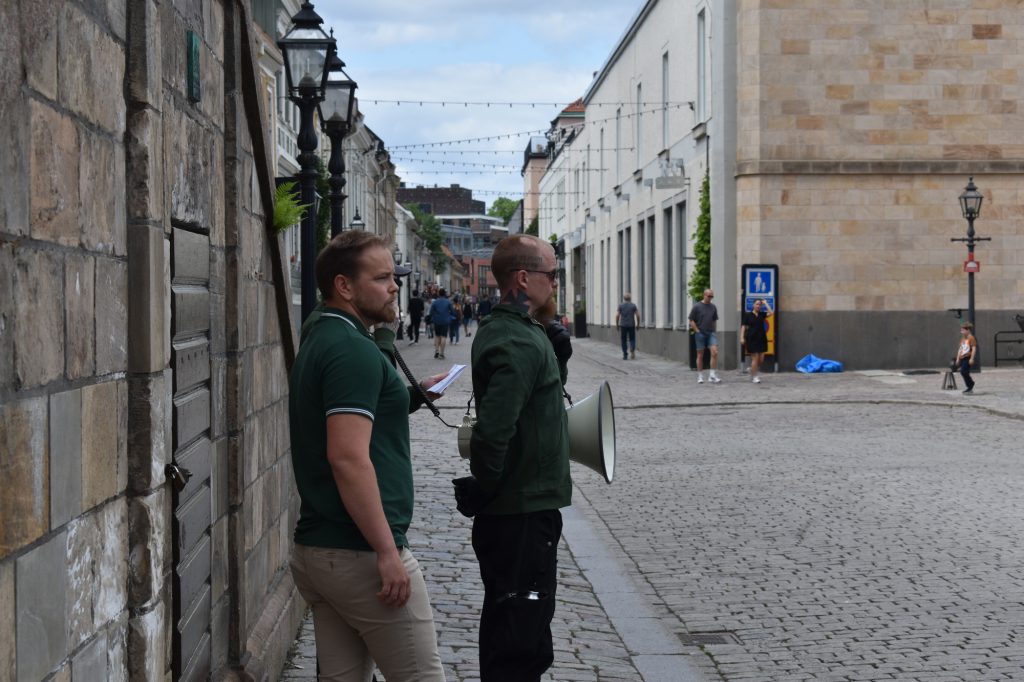 Next, the comrades lined up on Hovrättstorget in Jönköping and held the speeches again. They then moved on to give the speeches in central Nässjö, followed by Vetlanda and finally Eksjö.

You can continue to close your eyes while the establishment’s boot crushes you and everything you hold dear, or you can join the Nordic Resistance Movement – the only force that is willing to sacrifice everything to throw out the non-European foreigners and hold the politicians of Sweden accountable for their anti-Nordic policies.

For centuries, the White Swedish Smålanders have fought – fought to cultivate the earth, fought against tyranny, fought for their safety. And we continue to fight today against a tyrannical and corrupt system, against the mass invasion, against immigrant violence.

We fight for a Småland that is once again populated by White people, free from foreign elements that have absolutely no right to be here – people who have never contributed and will never contribute to the development of our society. I wonder what has to happen for you to take responsibility and become part of the struggle. Must the foreign gangs personally beat you to the ground before you spring into action and stop clenching your fist in your pocket? Must your daughter be raped, must your son be murdered?

People of Sweden, you have a choice. Understand that it does not have to be like this. Make a revolutionary choice!