ACTIVISM. Activists from Nest 3 of the Danish branch of the Nordic Resistance Movement held a symbolic activity in the heart of Aalborg last week. 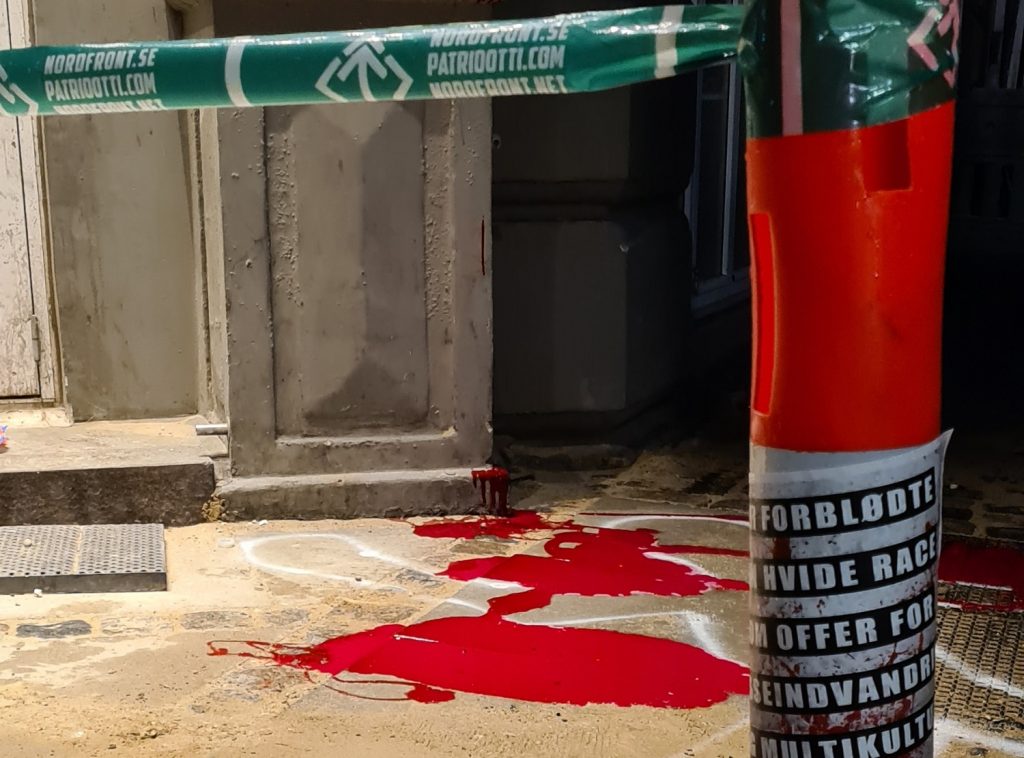 Activists conducted a dramatic activity near Jomfru Ane Street in Aalborg, Denmark, on 27 July, which served to visually depict the ongoing genocide of the white Nordic people.

The comrades put up posters that read, “Here the white race bled to death as a victim of mass immigration and multiculturalism”. The posters surrounded a chalk outline of a body that was drawn on the ground.

The location of the activity was bathed in fake blood, and the Resistance Movement’s security tape was tied around the “crime scene”.

Today the modern world’s anti-white propaganda is omnipresent. As a people we have been exposed to Cultural Marxism for generations, which has negatively affected our understanding of the world and weakened our racial consciousness to the point where many white Danes accept and tolerate the mass immigration of invaders to our territory – an invasion that will eventually mean the complete eradication of white families and ultimately the death of the white race.

The white European people must not perish, and therefore mass immigration must not just be slowed or paused – it must be completely stopped, and every racial foreigner in the Nordic territory must be repatriated.

The Nordic Resistance Movement calls for action against those responsible for the planned genocide of white people, as well as against the anti-white campaign that is conducted in TV, film, newspapers, magazines, educational material and in all institutions of the state.

Hear the Jew Barbara Spectre explain who she thinks is behind the multiculturalisation of Europe. 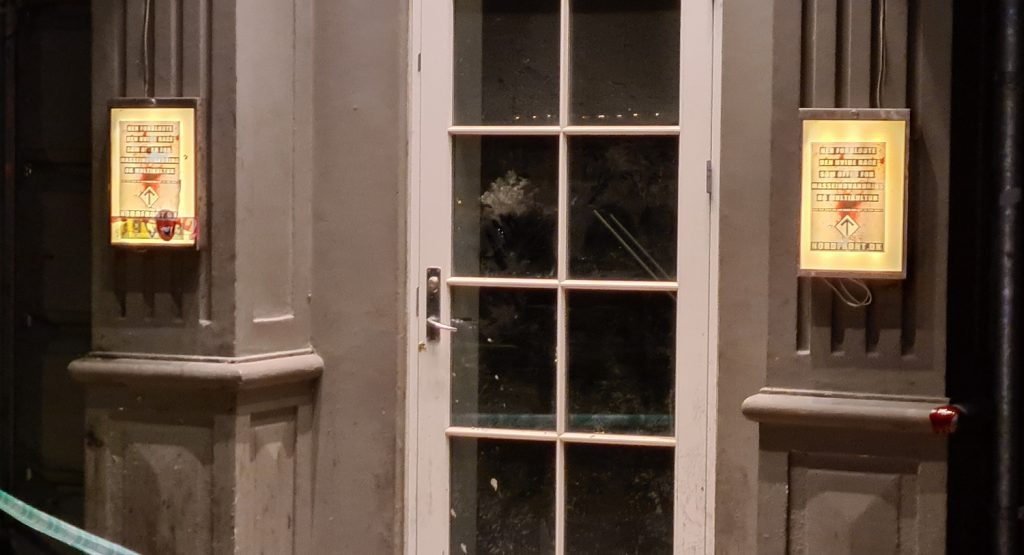 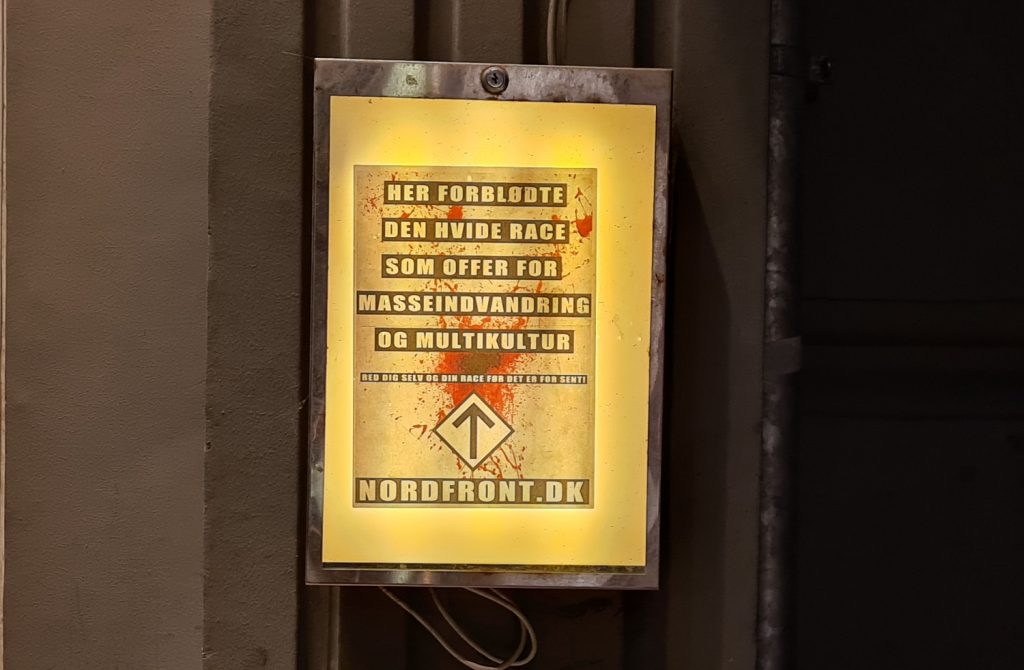 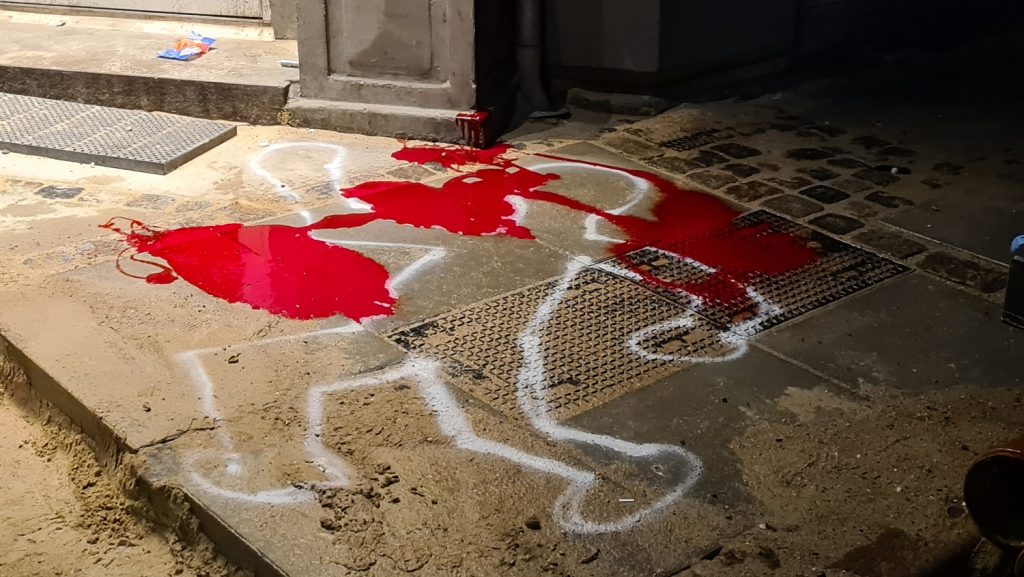 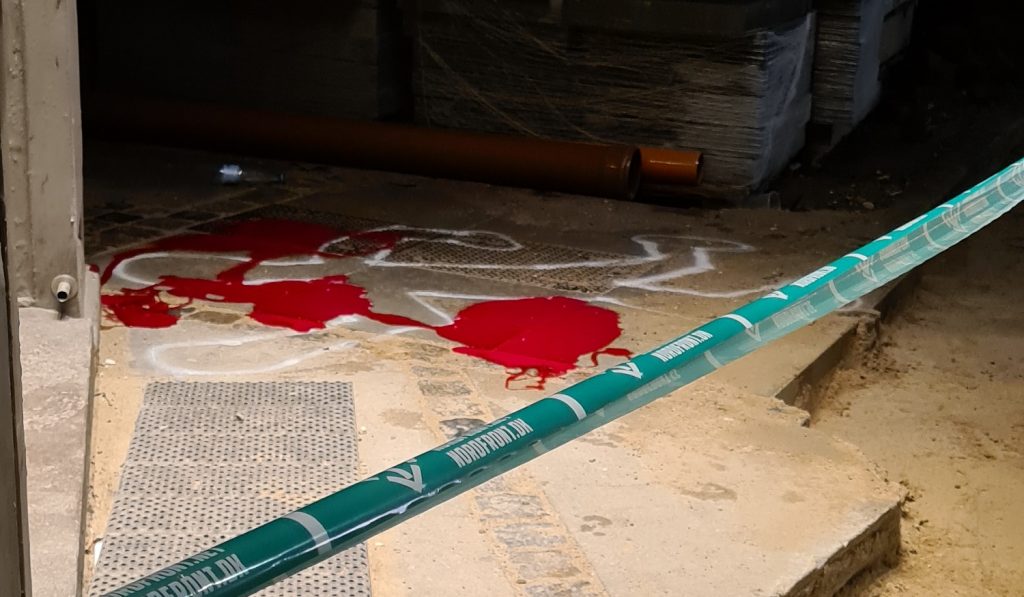 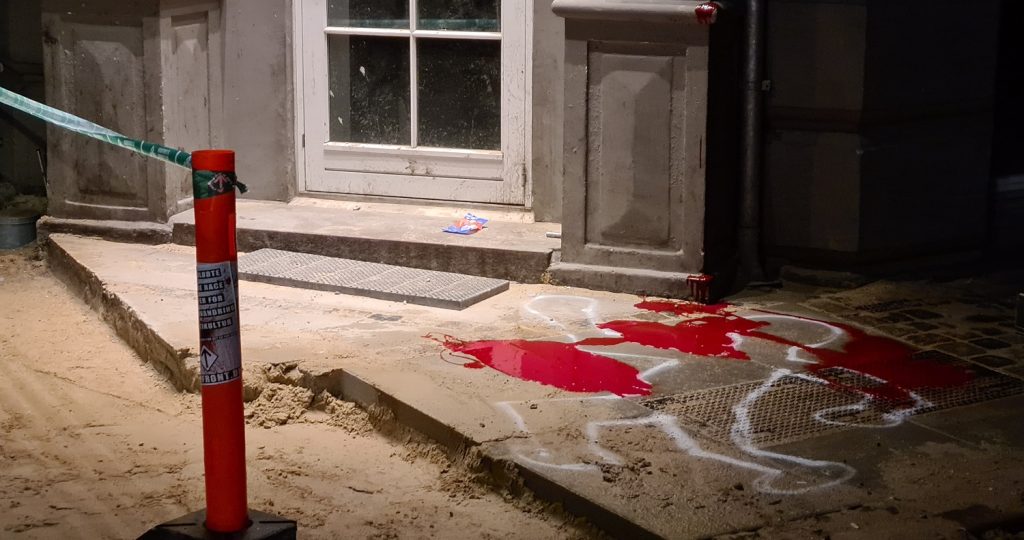 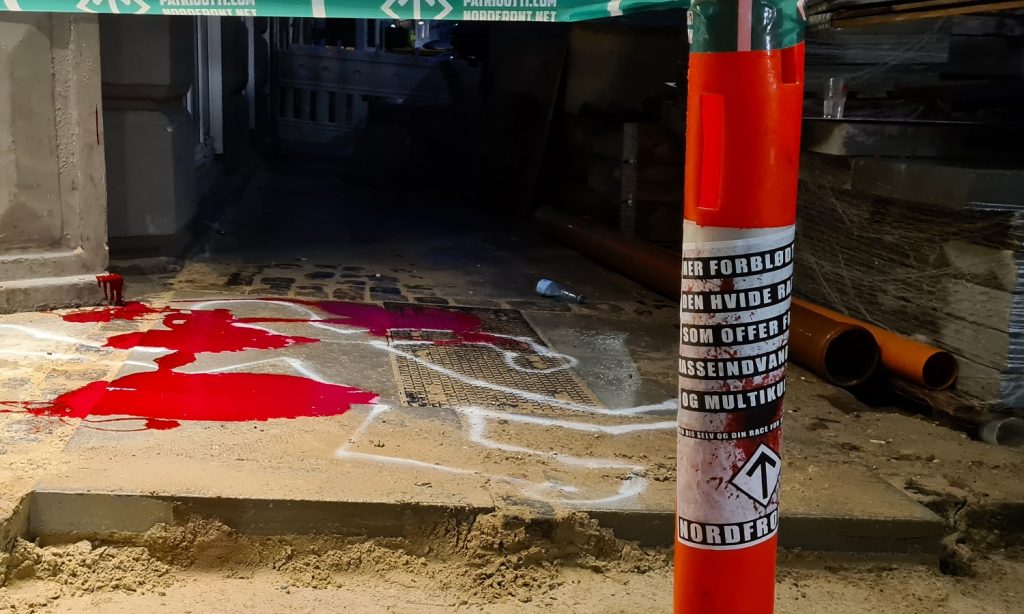 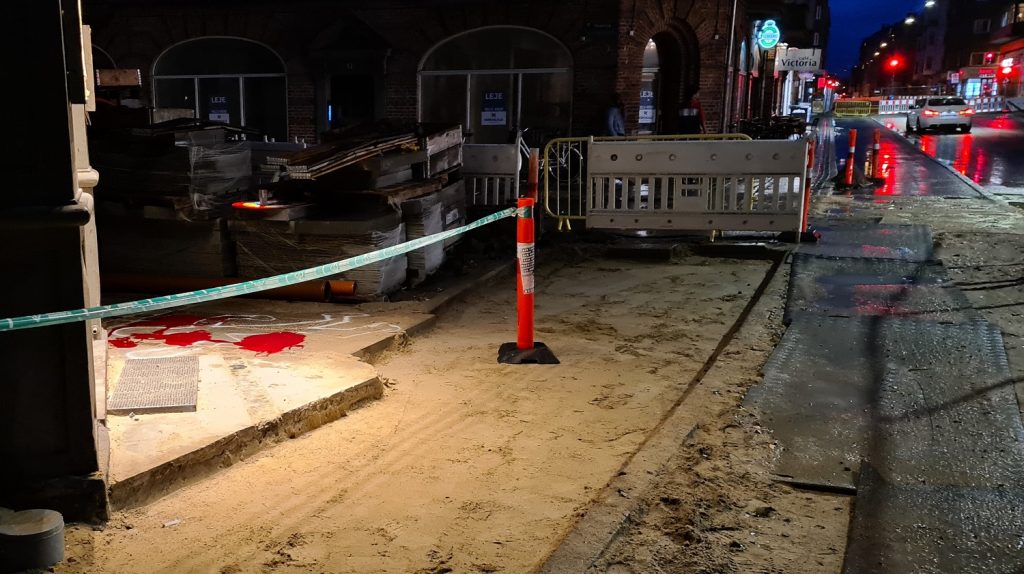