RESISTANCE MOVEMENT. Simon Lindberg visited Nest 5’s monthly meeting to give the attendees inspiration from martyrs of the past. 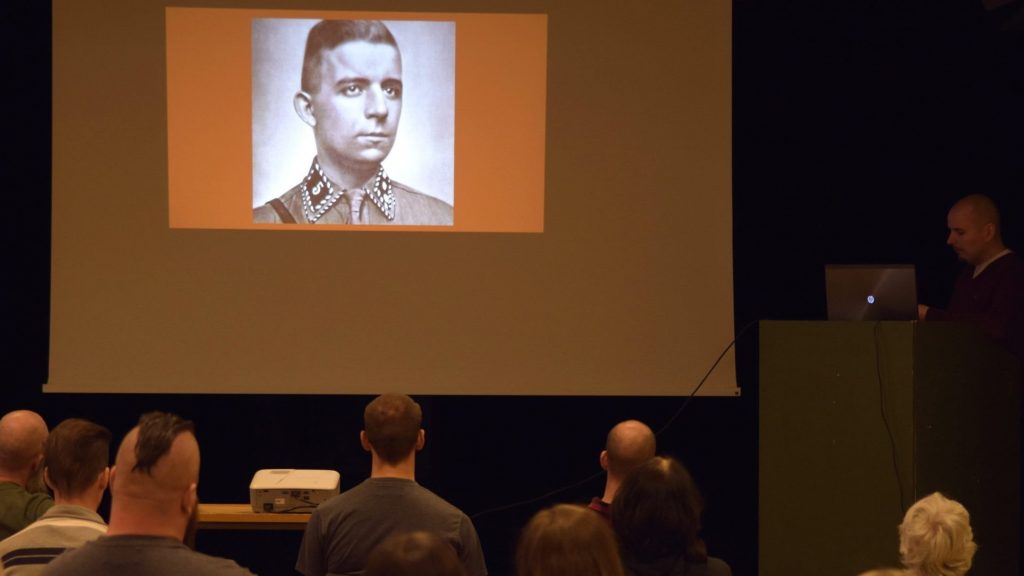 On Saturday 5 March, Nest 5 members gathered to hold their monthly meeting, which is a routine occurrence in the organisation. After arrival and a little mingling, the attendees were bid welcome and the meeting began.

The meeting started with some general information to give the audience a clear picture of what the situation looks like in the Nest, including how it may be affected by current world events. Afterwards, a short break was taken to allow the attendees to fill up on some snacks ahead of the second part of the meeting. This latter part consisted of the member and activist groups making separate plans for future activities and projects.

After the monthly meeting was concluded, the participants began to prepare the venue and diverse sales tables before the scheduled lecture. 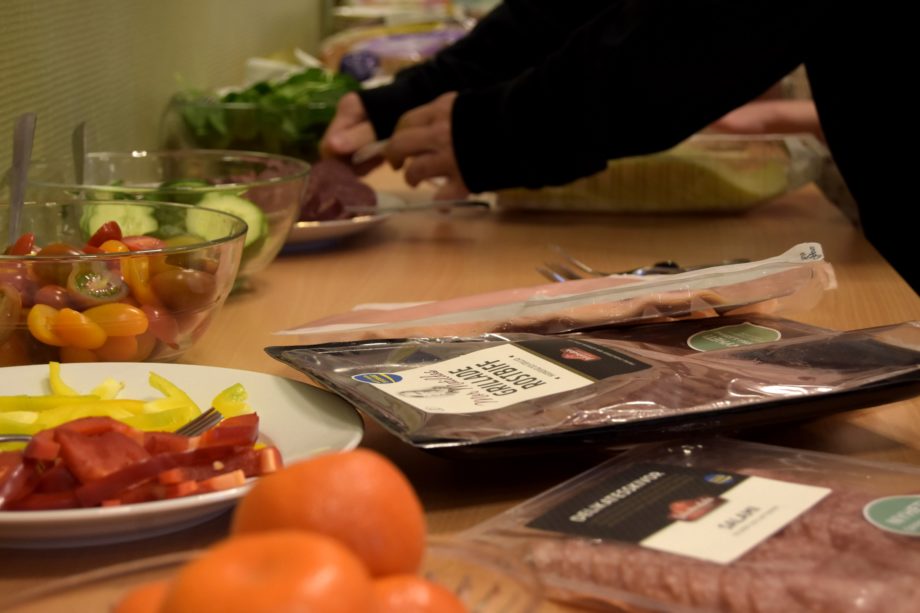 The lecture was to be delivered by the leader of the Nordic Resistance Movement, Simon Lindberg. Under the title “The 30s Are Approaching – Inspiration for Today’s Struggle from Yesterday’s Martyrs”, the lecture dealt with a selection of various topics.

Lindberg began by making a comparative social analysis, juxtaposing the environment in which yesteryear’s National Socialists operated with the environment in which the Resistance Movement finds itself today. After the audience had understood how Europe has changed over time, Lindberg explained how our movement’s chance of winning is still absolute.

In the second part of the presentation, Lindberg recounted Horst Wessel’s life and work. Wessel’s path into the movement, his fanatical struggle for National Socialism and ultimate martyrdom were all discussed.

In the final part of the presentation, Lindberg summarised the lessons he has learned from Horst Wessel, including the fact that the struggle must be prioritised above all else, and that the struggle demands fanaticism. Lindberg concluded the lecture with a fiery speech that exhorted the audience to make Wessel’s belief and will a reality. 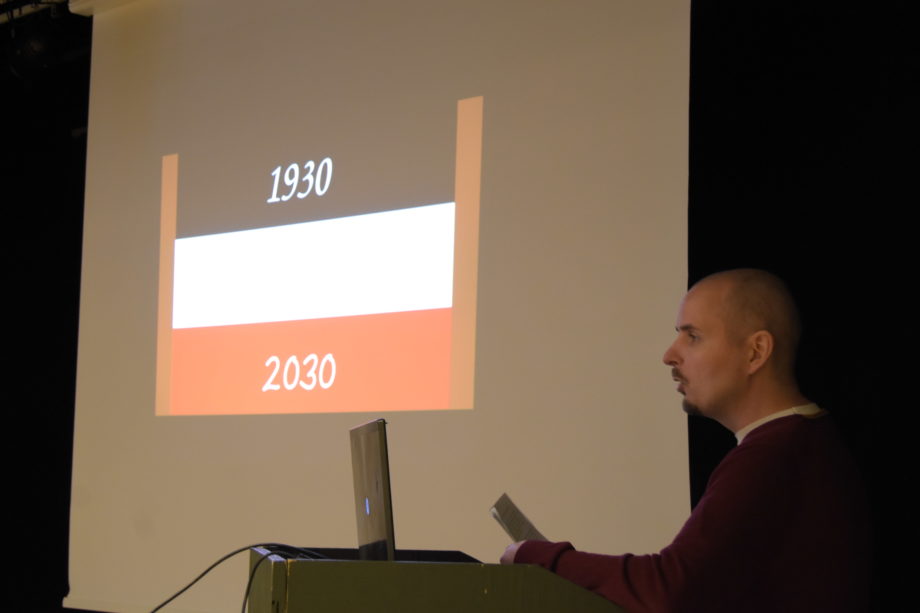 If we seek victory for our cause, no recreational activity should occupy more time than the struggle. No enjoyment should be more costly. No friend should be more important than the comrade by your side. No girlfriend or boyfriend, mother, or whoever it may be, should ever cause you to waver. No career opportunity should make you tone things down. No threats, injuries or sacrifices should overcome you.

Nor can the choice to devote oneself to the struggle be some passing whim or fancy. We cannot give everything for the struggle for a year or two and think we have done our part. Because then we will never grow; then X will just be replaced by Y all the time and we will get nowhere.

No, if it really is victory we seek, our wholehearted commitment must be for life, no matter long or short that may be.

But the struggle still gives more than it takes. It gives me the best comrades and a meaning to my existence. It gives me hope in a dark age, and it gives me the privilege of looking my four children in the eyes without being ashamed!