Home Ideology The future will be what we want it to be!

IDEOLOGY. Here Fredrik Vejdeland reflects on how the movement should achieve its future goals. Do we have to “accept reality” as it is, or are there other, deeper, factors that can determine our future destiny? 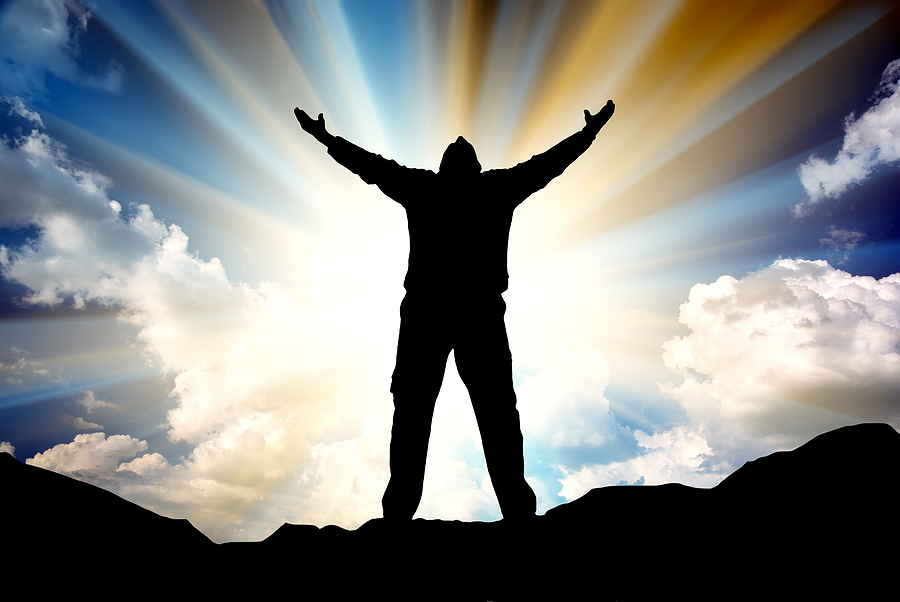 Martin Heidegger, one of the foremost philosophers of the 20th century, considered science to be limited because it is one-dimensional. “Science does not think,” as it is dependent on objective facts and limited to what we today perceive as reality.

An advantage of “metaphysics” (compared to physics) is that it can serve to address matters that cannot be proven but which can be sensed, felt or imagined. Through the ability to imagine, a new reality can be created if one first visualises an image of the new state and then unites all forces towards that goal. A crucial part of this work, in relation to our operations, is to take into account the human material that exists (or can be mobilised) and understand that a worldview “will be of no practical assistance in moulding the life of a people as long as its principles have not yet become the rallying-point of a militant movement” (Adolf Hitler). Without the realisation that our task requires such an organisation, the matter risks going no further than intellectualism and theoretical babble. A vision of the future acts magnetically and as a unifying factor for a fighting organisation and – when it has taken root in its members and their immediate environment – also for the people. The new reality you are fighting for ultimately becomes a kind of self-fulfilling prophecy.

A “realistic” individual will not understand (or accept) this, but the fact is that all major changes have taken place this way. The great battles – in which numerically inferior armies stood firm against, or defeated, a seemingly superior enemy – have also been more a work of the spirit than of logic. Science cannot explain the tremendous feats of the Spartans against the immense Persian army, for example, because the scientific yardstick cannot judge irrational things such as faith, myth, or willpower.

An early proponent – and, to a large extent, practitioner – of theories regarding “the art of the impossible” was Adolf Hitler. Hitler wrote in Mein Kampf that a politician is dependent on the theorist who creates the party programme and illuminates future visions. Without a real vision, the politician’s success would only be temporary and of no value to posterity. In other words, the Sweden Democrats and other similar parties are a dead end, as they lack their own foundational worldview and a vision for something new. Hitler writes in Mein Kampf:

When a man, whose task it is to lay down the principles of a programme or policy, begins to busy himself with the question as to whether it is expedient and practical, instead of confining himself to a statement of the absolute truth, his work will cease to be a guiding star to those who are looking for light and guidance, and will become merely a recipe for everyday life.

Those who were present in 1919, and could assess the balance of power of that time, probably didn’t think it was realistic that a small party could go on to take power in 1933, and no doubt viewed Hitler as being detached from reality, perhaps even as a dreamer. What the NSDAP achieved in just 14 years – a total social transformation “from nowhere” – seems to us today almost like a miracle, and therefore it’s not particularly strange that Hitler himself was described by both supporters and enemies as beyond this world. In reality, the victory of National Socialism was the result of rejecting realism and adopting the reasoning of the laws of nature. For even if argumentation and reasoning have their place – then as now – man is also governed first and foremost by the principles of nature, something which the German National Socialists fully understood and adopted.

Whoever wishes to win over the masses must find the key that will open the door to their hearts. It is not objectivity, which is weakness, but determination and strength.

The German people were awakened through strength, faith, hope, passion and the inherent power residing in myths. Without this, the political goals could not have been realised. This recipe for successful struggle seems to have been forgotten today – or dismissed because of the sacrifices it entails for the individual.

When the Resistance Movement presents our vision of a united Nordic Nation, the response is often: “unrealistic”. Nevertheless, parts of this plan have already been realised, as the idea has gained a foothold in three Nordic countries, where they are continuously working towards that goal. The critics believe that since it’s difficult enough to get people to understand the things happening to them right now, this additional aspect of the struggle would only lead to confusion. They say we must instead “focus on the here and now”. However, what these critics don’t understand is that the struggle for a new grand idea is precisely the very precondition for solving the problems we face today.

Now, the greater and more revolutionary a doctrine is, the more active will be the spirit inspiring its body of members, because the very fact of the revolutionary nature of the doctrine implies danger for its champions and this suffices to frighten away the chicken-hearted and small-minded Philistines.

What seems an obstacle to many persons is really a preliminary condition of our victory. Just because our task is so great and because so many difficulties have to be overcome, the probability is that only the best kind of protagonist will join our ranks. This selection is the guarantee of our success.

In the national movement of today, there are two kinds of adherents of “reality”. One group lacks both a fixed worldview and a vision for the future, and therefore – whether they want to or not – they become a kind of preserver of the present state. When they have abandoned the idea of ​​creating something new, the only option remaining in practice is to defend something existing that is under attack. If you just want to criticise immigration and return to the past (with more morals, more “traditional values”, security etc.), you may be an annoyance to the system but not a real threat, because the people will not fight to the death for a time that has passed – especially not when this ideal era was bourgeois and lacking in true racial depth. Thus immigration continues, but can be adjusted to a number these types consider “reasonable”. The conservative ideology likewise poses no problem for the New World Order – which has been clearly demonstrated by the Republicans and neoconservatives in the United States under Zionist influence.

The positive thing about the abovementioned group is that many of its members are sensible and hopefully can be made to feel hope for a future that we ourselves decide. What one must realise is that politics alone leads nowhere but must be combined with a worldview-based fighting organisation. The latter is more difficult to build because it places far greater demands on the individual, which is why this work must begin right now.

Worse are those who have come to the conclusion that there is nothing to fight for at all – namely, the defeatists. All across the nationalist movement there are these unhappy souls who say, “It’s over”, “the people are too indoctrinated” etc. They never miss an opportunity to spread negativism but refuse to be involved in improving the nationalist movement. Ironically enough, their objections are that the movement isn’t competent enough to be honoured by these individuals’ fantastic abilities. If it isn’t because of its “lack of leadership” then it’s because “the movement is divided”. On the other hand, they promise they will head straight to the frontlines when everything kicks off. In the meantime, they advise you to “gather strength” by living just like all other Svenssons. Sometimes you see such statements as comments on various forums and it’s difficult to tell if they’re trolls or not. It’s not at all unlikely that this is the work of the system, as it’s in the interest of the system to make us “accept reality” and not rely on our own abilities.

It was optimism that brought Hitler to power, and optimism and faith in the future must also be our guiding light today. As National Socialists, we view life positively, as National Socialism is “based on an infinite love of the creation in all its diversity, a deep, unconditional respect for the wisdom of Nature, and an ardent will to preserve life as it has grown out of this wisdom” (Povl Riis Knudsen). This does not mean that we look positively upon the existence the system has created; but rather that it’s important to differentiate between what nature has created and the false doctrines forced upon us by an entity that is hostile to nature.

We also view the struggle positively, despite all the hardships involved in fighting, and feel proud and honoured to be a part of the time when everything turns around. We hope that tomorrow’s history books will describe us as those who began the uprising of the people and proved that there was still power left in the Nordic man. It must be our belief that tomorrow’s Nordic men and women will remember those of today who fought for and guaranteed their survival. I envision the following quote from one of the future history books:

The “movement” that was initially regarded as a pariah grew in size into a people’s army as new hope was infused in the people. They did not allow themselves to be discouraged by the unequal balance of power and therefore did not compromise their message to fit in. Nor did they seek the formulae of pure intellectualism but of the primordial power of our race. They instilled in the people a fanatical belief in themselves, and used this fanaticism to fight an equally fanatical enemy, which at first seemed invincible. This revolutionary force never gave up just because someone muttered that their struggle was unrealistic. One of the movement’s mottos was: “The future will be what we want it to be!”

Originally published in Swedish in 2012