Home Resistance News The importance of pride: Lecture in Dalarna

Thanks to a group of diligent organizers, the meeting in Dalarna turned into an exclusive catering experience, with a variety of foods on offer. 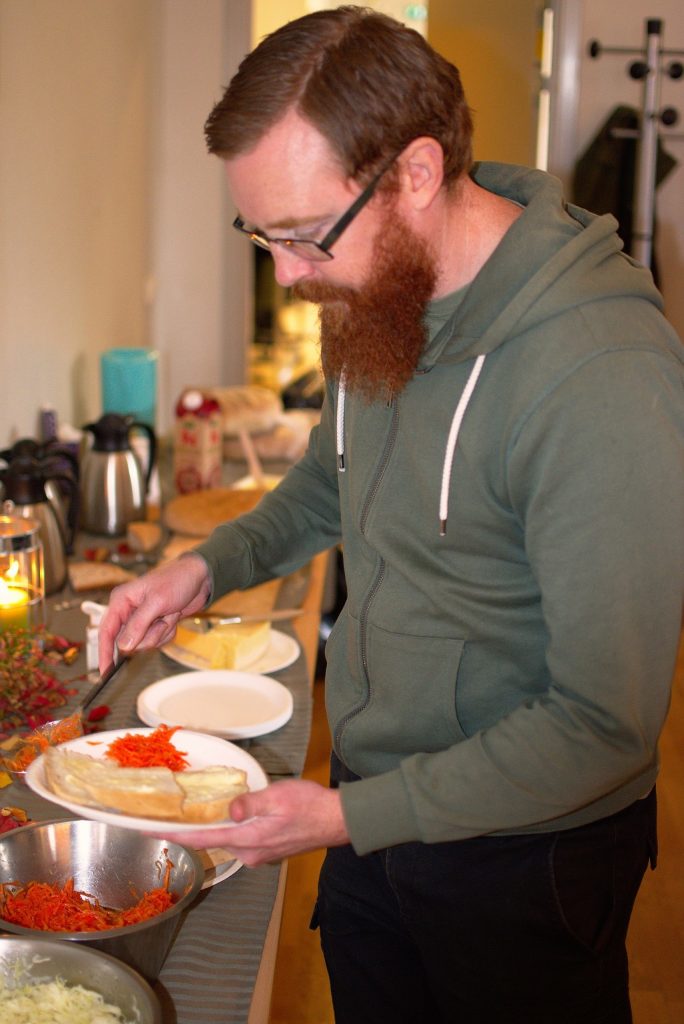 Homemade fika, bread and other foodstuffs were an appreciated part of the meeting, as was an inspiring speech by the Nordic Resistance Movement’s leader Simon Lindberg about the importance of pride. The day alternated between meetings and free-flowing conversations. 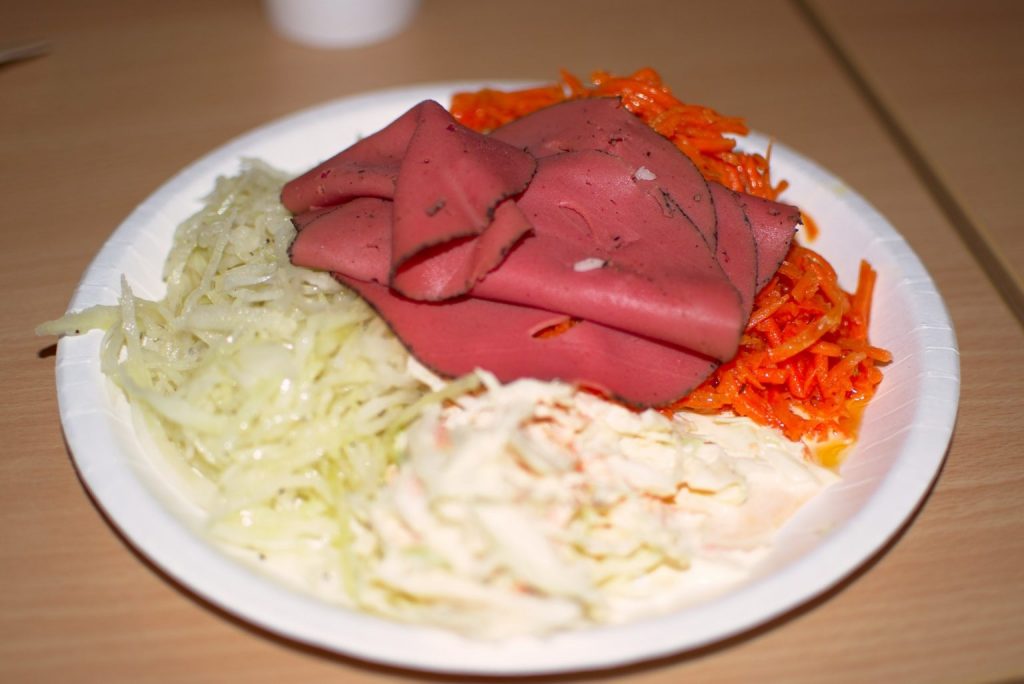 Goals and plans for activities were set out and followed up on. In addition to members of the organization, invited guests were also present.

We are not a people of individualists making our way up the ladder. We are an altruistic people. Many getting a little more is preferable to a few getting everything. This has worked well in homogenous countries.

In his speech, Simon beautifully expressed the nature of the Swedish and Nordic peoples. What is it that has characterized us and our societal fellowship throughout our history?

The Danish author Aksel Sandemose wrote about Jante Law. Simon explained that Jante Law is not completely accurate and does not describe everything about who the Nordic peoples are – it’s a parody of our character, even though it actually does describe the essence of our folk. There are portions of Jante Law that suit us and have served us well in times past; however, it’s also connected to the Nordic peoples’ naivety:

When aliens invade us, then what happens? They take advantage of our naivety. Jante Law then becomes twisted and turns into something evil.

Simon Lindberg’s speech was titled “The importance of pride”. It’s a speech he has delivered in other iterations at previous events, with the author of this article having been present on two other such occasions. The speech has had a different feel to it each time it’s been delivered, as something new always crops up spontaneously. The exchanges of thoughts between Simon and the audience also bring forth new ideas each time.

Socialism is a politicized form of Jante Law, but only within a homogenous people. Today, when our disposition is being taken advantage of, we must transcend the grey masses and be something more. We have to adapt and understand that we are something of greater value and that we deserve to be proud. 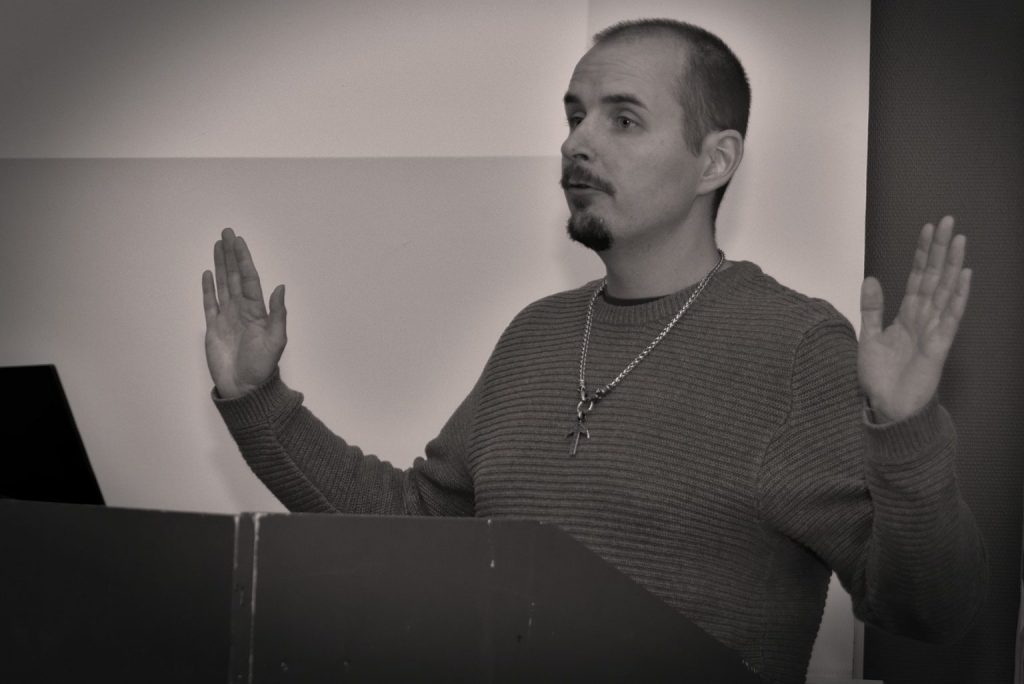 The opposite of pride is shame, which the current regime and establishment are trying to force on the Nordic peoples in a series of different ways. Simon provided examples of such statements by politicians, including those by the former Social Democratic leader Mona Sahlin and the former Moderate leader Fredrik Reinfeldt. An infamous campaign by the airline company SAS followed a similar theme, with its claims that all aspects of Nordic culture were brought here piece by piece from abroad.

Our enemies understand the importance of pride. They wish to see us rootless, divided and left without an identity. For example, we must not be proud of being a man or a woman. Pride is an ugly thing, and instead we must feel ashamed.

A photo was shown of the organization’s ranks during the 1st of May demonstration in Falun. It was a perfect example of the pride that frightens our enemies, Simon Lindberg explained. He mentioned how a newspaper columnist was disturbed by it:

The worst part was that we ‘looked so damn proud and oozed self-confidence’.

Both young and old attendees were at the meeting in Dalarna, and a sense of fellowship was experienced by everyone who had the privilege to be there.

But the importance of pride and the Nordic heritage of which we are custodians will never be complete without our newborns and coming generations. We live on through our descendants. For this reason, the national leadership has handed out honorary diplomas to mothers in the organization. One mother of many children who received a diploma during the monthly meeting was Catharina Lund. 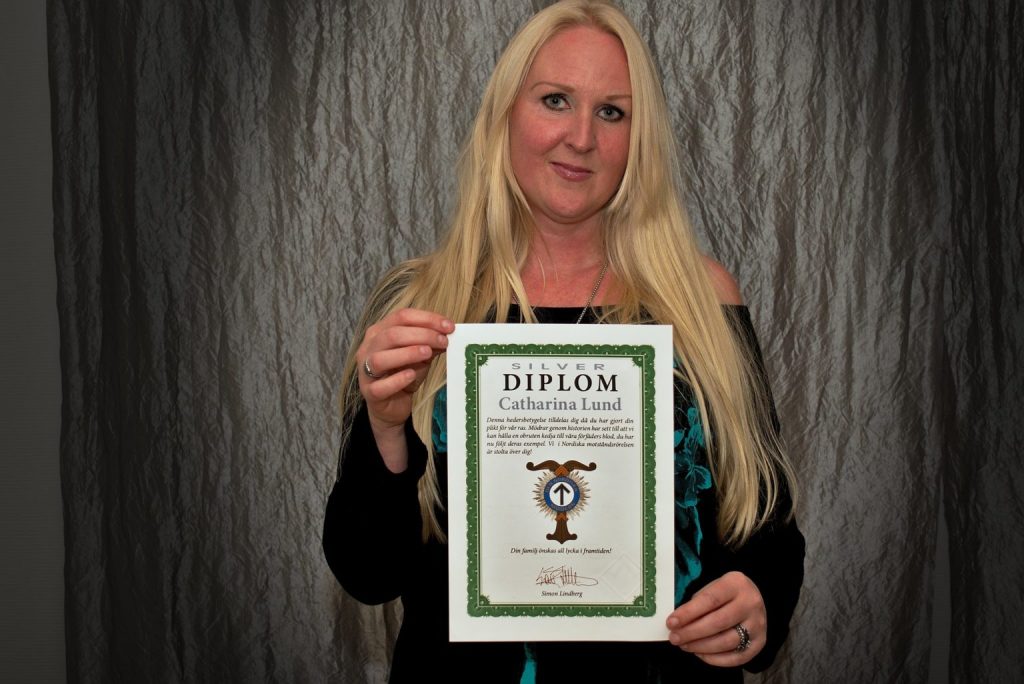