RESISTANCE MOVEMENT. The Icelandic branch of the Nordic Resistance Movement report on the organisation’s activities in 2020. 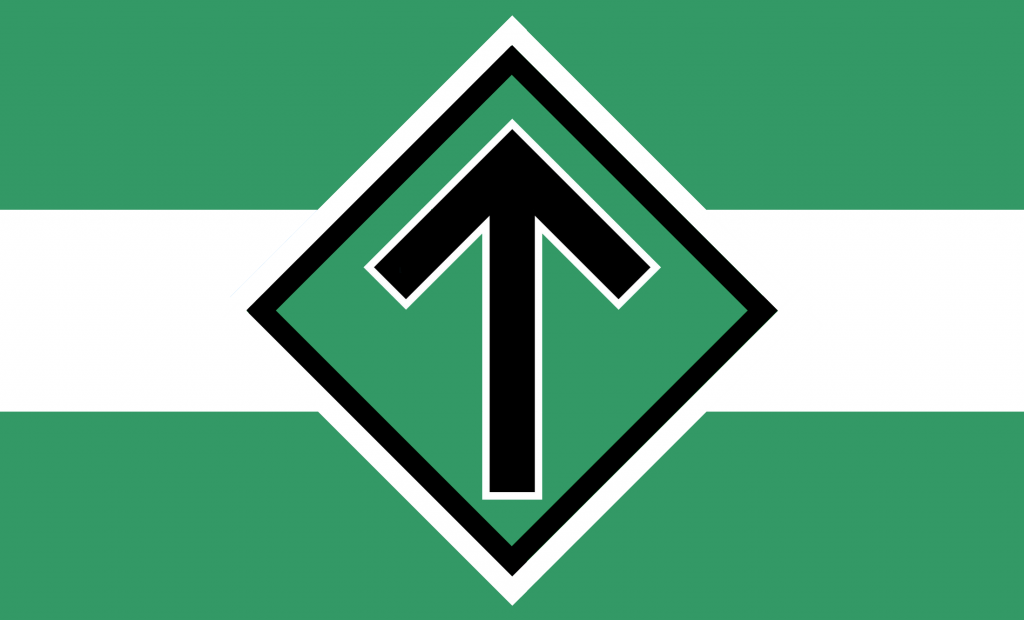 The year 2020 started well before the whole world went into a total lockdown due to Covid-19. Nevertheless, we recruited new members to our ranks throughout the year and did a lot of reorganisation.

We started 2020 with a public leaflet distribution in Selfoss shortly after the New Year, which went smoothly. We stood outside shops and handed out leaflets and received a positive response. In the following months, bans on assembly began to be imposed, inhibiting the free movement of people and causing great concern for many Icelanders.

In May, we launched our English-language podcast Landsmenn and recorded two episodes hosted by the Chief of the Icelandic branch, Rikhardur Magnusson. In the first episode, Rikhardur interviewed the Leader of the Nordic Resistance Movement, Simon Lindberg; while in the second, he interviewed the Chief of the Norwegian branch, Tommy Olsen. In the episodes, Rikhardur asks the guests about their personal lives, how they became National Socialists, and their role in the Movement.

On 1 May, we were the only ones to go to the centre of Reykjavik and hang up posters in support of workers. We also published an Icelandic-language article about the history of May Day. The Nordic Resistance Movement has always supported working people and held large marches in Sweden in their honour, which have been attended by members from the other Nordic countries. There were no big marches this year, but all the Nordic countries united in various actions.

We also put up posters in memory of Tommie Lindh, who died trying to defend a young Swedish girl from being raped by a racial stranger. The monster stabbed Tommie Lindh, who died from his wounds. This case demonstrates what the multicultural policy has done to Sweden and what Iceland is heading for if it doesn’t take action to protect Icelanders. The criminals from Black Lives Matter were also spreading their propaganda and even holding open meetings in Iceland due to the death of the criminal and drug addict George Floyd. We put up propaganda posters reading “Tommie Lindh’s Life Matters!” We also published an article about Kyle Rittenhouse, who defended himself against the BLM criminal thugs, using his firearm to prevent being murdered by the angry mob.

In August, the fake news media were losing their minds over a Tyr rune logo that had been spray-painted on an electrical box outside a primary school. The fake news liars from the DV newspaper also falsely claimed that we had attached razor blades to our stickers. We believe that one of them probably tried to scratch the sticker off like an animal in a frenzy and cut their finger in the excitement.

In October, Resistance Movement stickers were placed on an advertisement featuring a black child in a bus station. This caused more outraged headlines. The anti-White half-Turkish Sema Erla Serdar, who runs an institution for refugees called Solaris, was interviewed in another fake news outlet, Hringbraut, where she proudly proclaimed that “Iceland is a multicultural society”. As it’s obvious that Iceland is a country of Icelanders, whether she likes it or not, we published an article in response entitled “Iceland is Nordic and will remain Nordic!” Icelanders must stand together to ensure our country is not torn away from us in the name of anti-White multiculturalism and anti-free-speech political correctness.

We conducted a great coordinated activity with the other Nordic countries on Yom Kippur, spreading propaganda in each country on the same day and publishing photos of the activities on each national website. There will be more such cooperative actions in the future. We also published several good articles, including one about the writer Gunnar Gunnarson, who was an advocate of a united Nordic Nation. In addition, we made a video with a Go-Pro camera where we distributed stickers and posters around Laugardalur park in Reykjavik:

In 2021, we will continue the podcast Landsmenn and increase our efforts to bring our message to the people. In spite of the restrictions due to the pandemic, we look forward to the future with optimism. We ask people to familiarise themselves with our political views and read Our Path. There you can find more detailed information about our political aims in our Nine Points.

Countrymen! Join us. Take part. Support us and help us build a bright future for our people and coming generations. Let’s make the year 2021 better together. The Nordic Resistance Movement is the light in the darkness! The future is ours!