MEMORIAL. Members of the Nordic Resistance Movement took part in the independent manifestation honouring Karl XII and his Caroleans in Stockholm on 30 November. 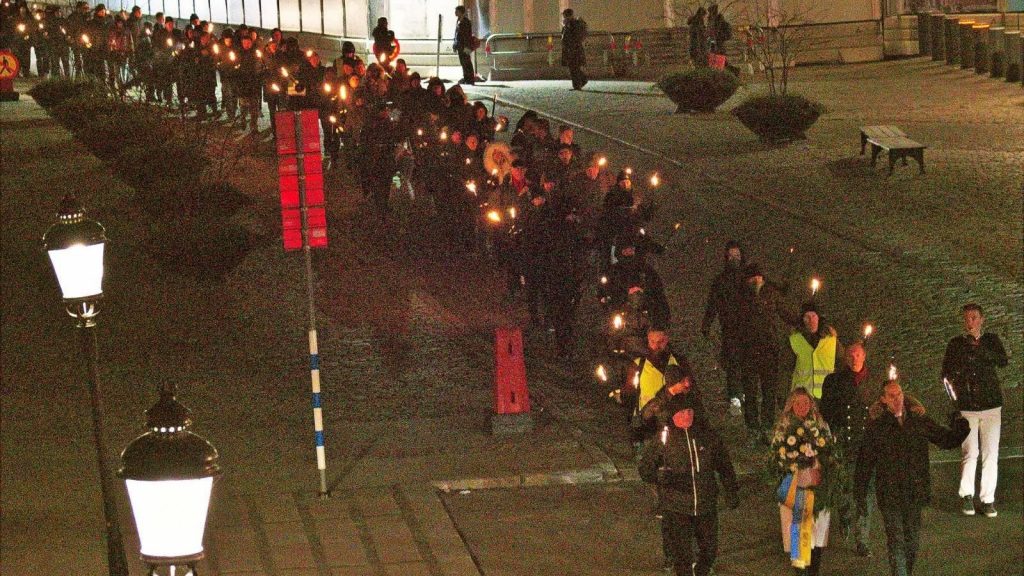 The Nordic Resistance Movement’s Nest 1 have previously organised their own tributes to Karl XII and his Caroleans, but this year they chose to take part in the independent commemoration, which numbered one hundred participants.

The initial gathering took place at Riddarholmen Church, where the Resistance men made their entrance after the other participants had already assembled. When everyone lined up for the march, the Resistance members took their places in the front ranks of the procession, which was led by a wreath-bearer. 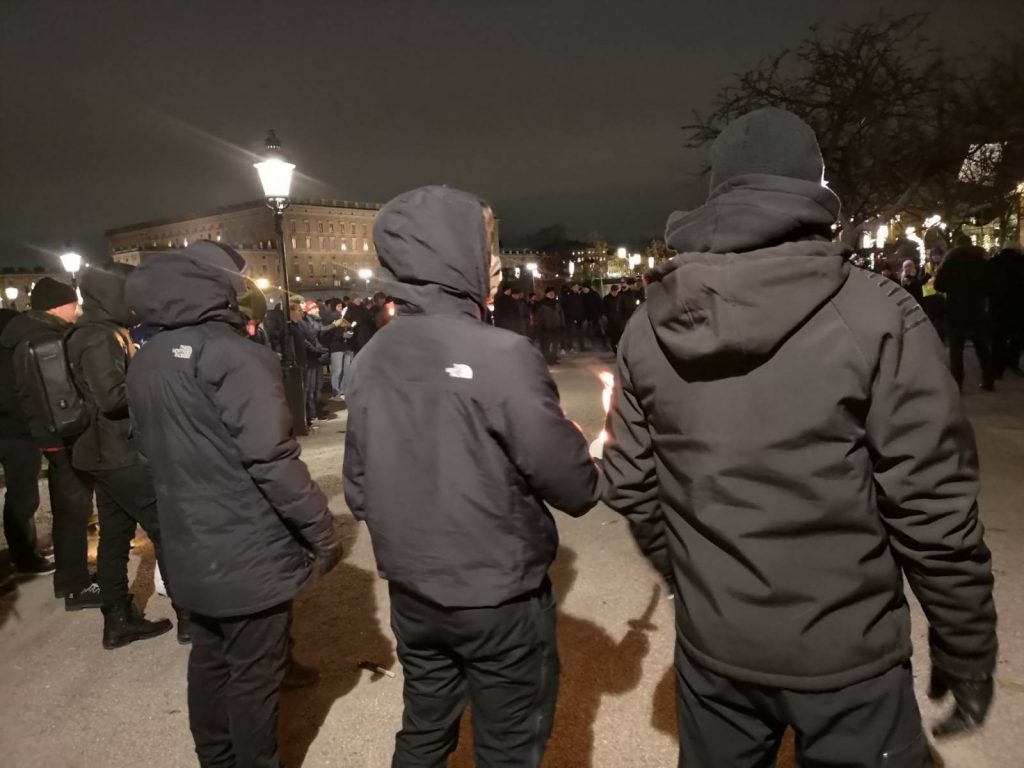 In the light of the torches, the procession left Riddarholmen behind on its way towards Kungsträdgården, passing the traitors’ stronghold of the Swedish parliament.

During the march, a photographer from the anti-Swedish intelligence agency Expo was present to document and register the opinions of the participants. When this individual got a little too close and pushy, the Resistance men acted resolutely in response, which resulted in the person leaving the area. 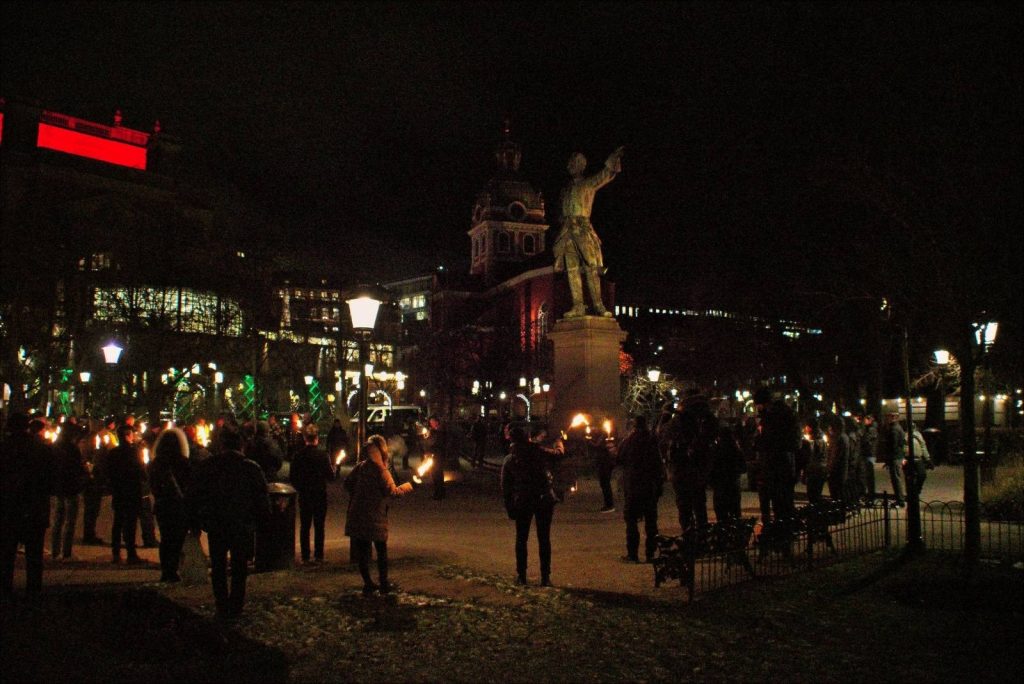 Once everyone had arrived at the statue of Karl XII in Kungsträdgården, the organisers held a speech about the king and his life, which included some remarks about the importance of remembering and honouring one’s history.

When the independent manifestation was officially over, the Nordic Resistance Movement held its own short memorial service, during which a more forceful speech was delivered. The speaker was flanked by comrades holding smoke grenades, which cast green smoke over the surrounding area as it glowed in the torchlight. 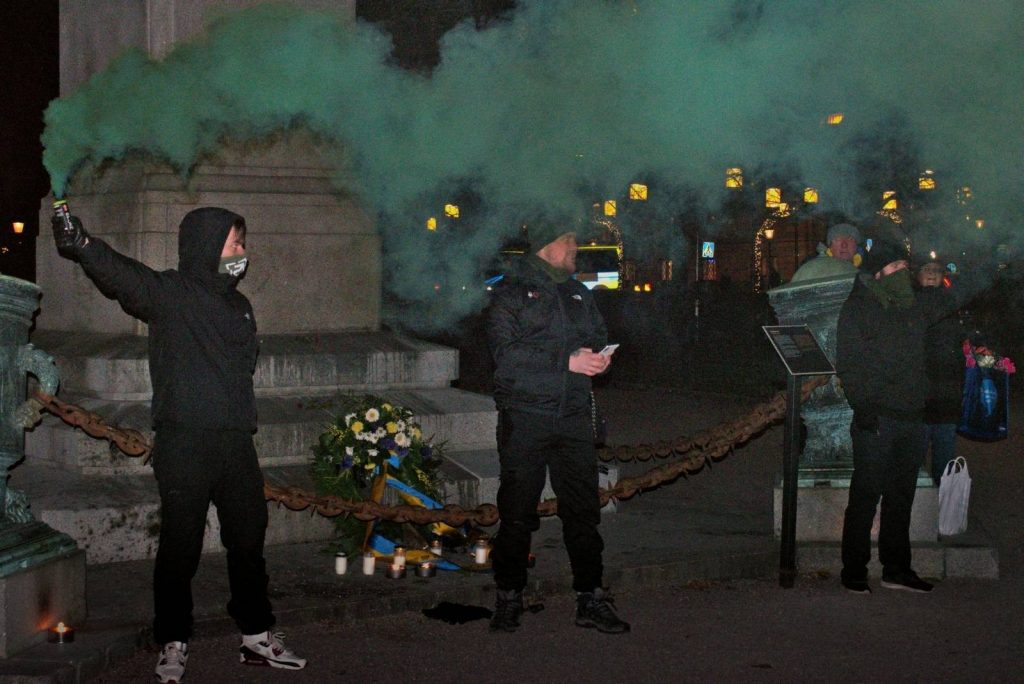 Our struggle is here. Our struggle is now. Do not stand passively and look on while your comrades fight and bleed. If you have the blood of the Caroleans in your veins, it is not just your duty, but your obligation, to become part of the resistance.

For blood, soil and honour. To victory or death! 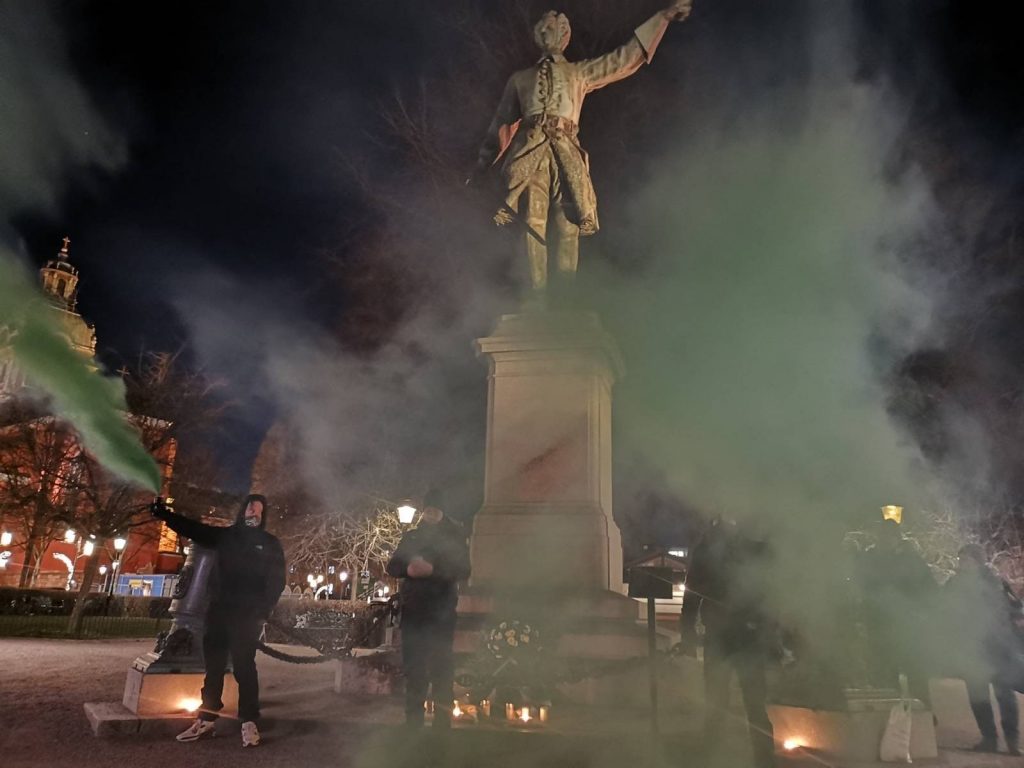 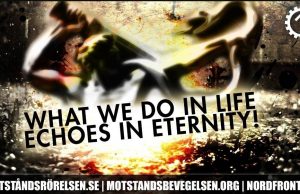 Editorial Staff - November 11, 2022
0
IDEOLOGY. The activist Jerry Olsson writes about people’s imprisonment in materialism and how National Socialism can free the individual and subsequently the whole population...