ACTIVISM. Sweden’s Nest 7 were in Eksjö last Tuesday evening to show they are a real alternative to the municipal politicians. 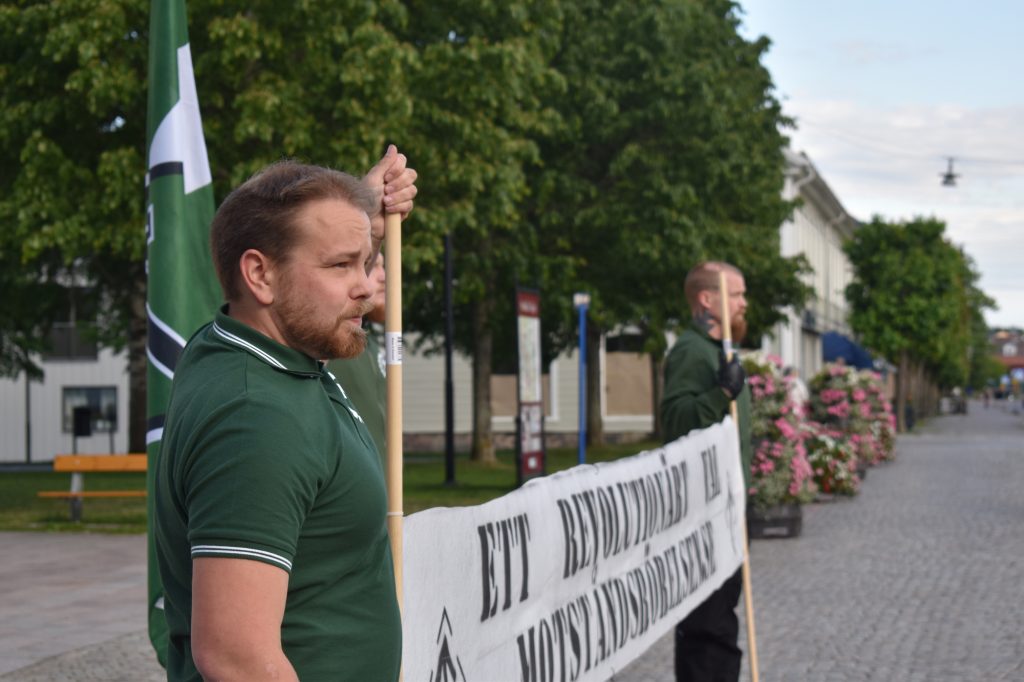 On the evening of Tuesday 14 June, Ekjsö’s traitorous politicians gathered in a tent on the central town square for a public performance masquerading as a debate. Representatives from all the parties in the municipality took to the stage one by one to churn out their platitudes and bicker with one another about trifling matters that have no importance at all when our people’s very survival is at stake. 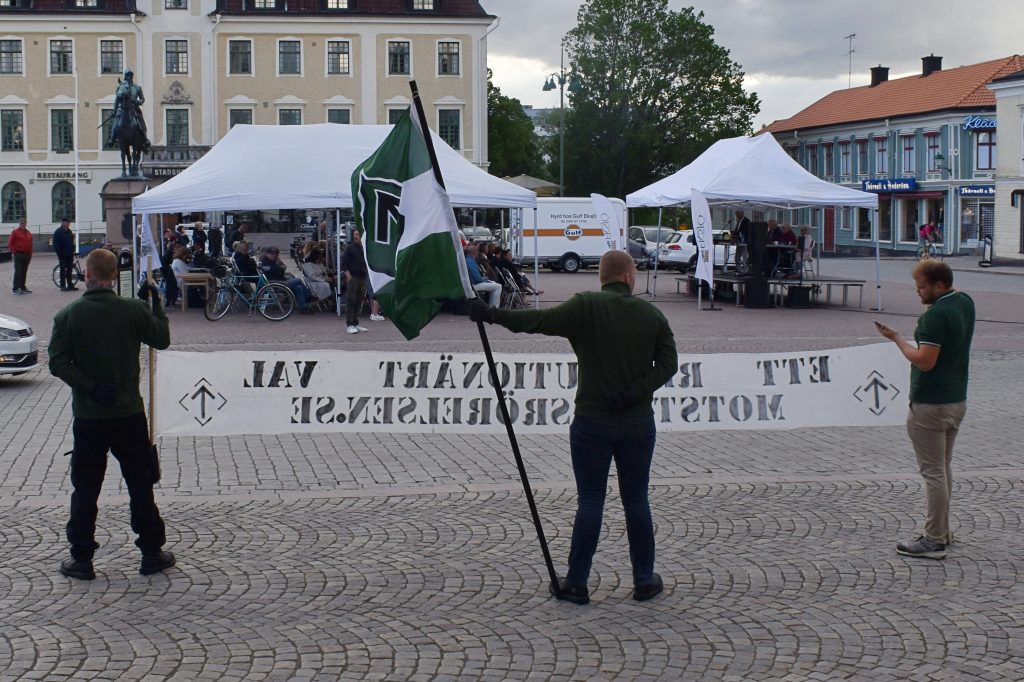 Nest 7 went to the square and lined up right across from the traitors’ tent with a flag and a banner with the text “A Revolutionary Choice”. The purpose of the action was to break the illusion of the “debate” for all the folk-traitors and the audience members attending their public performance.

An atmosphere of mutual understanding immediately arose among the traitors when the Resistance Movement lined up, and it was clear to everyone where the true dividing line between the power-holders and opposition really lies. 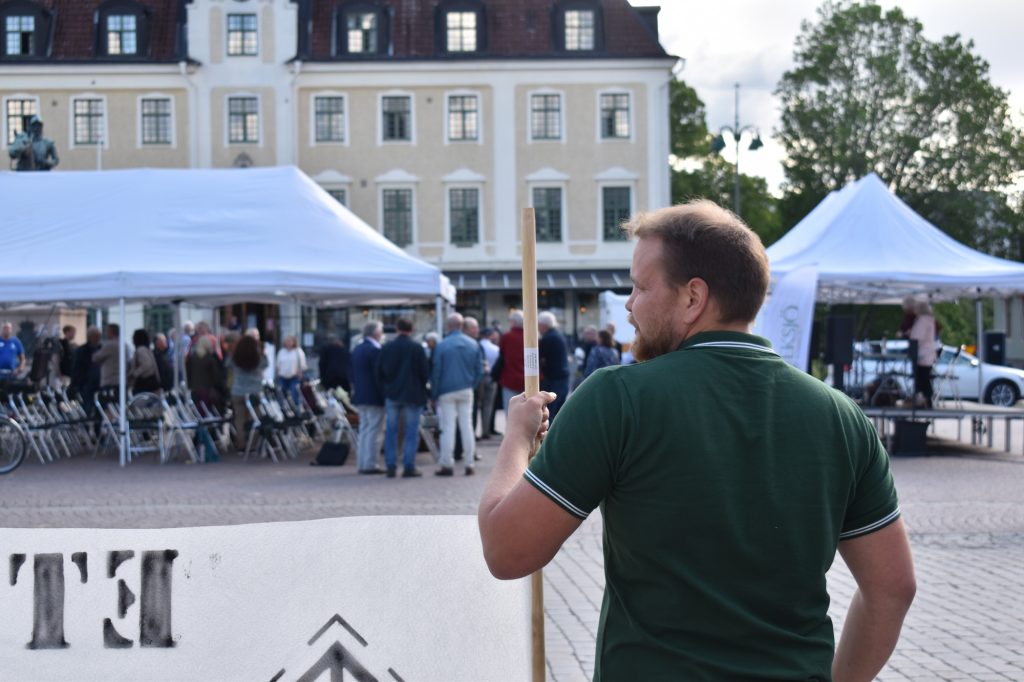 The police appeared within a few minutes, after receiving presumably very panicked and anxious phone calls from the municipality’s highest representatives. Equally panicked and nervous were the two police officers who approached the activists and told them they did not have a permit for the activity and must stop it at once. After the officers were duly ignored, they began pulling at the banner in an attempt to rip it out of the activists’ hands. 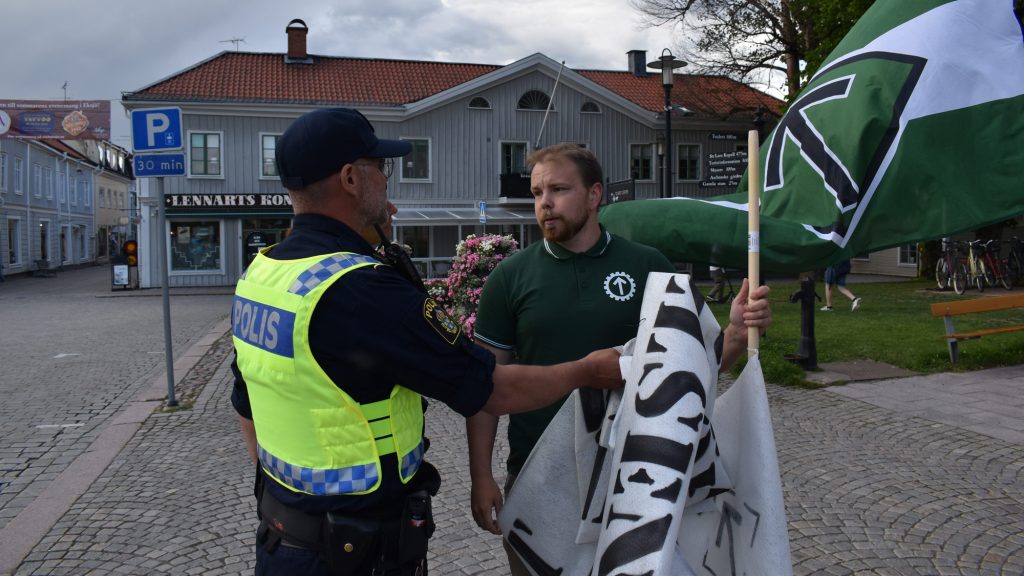 Nest Chief Hampus Maijala then stepped in and shouted at the police to stop, explaining that they did not have the right to disrupt an ongoing demonstration. The police became noticeably unsure of what to do and quickly let go of the banner and began defending their behaviour with various excuses and incorrect interpretations of the law. After a few minutes of disagreement, the activists told the police to call their superiors instead, which they did. 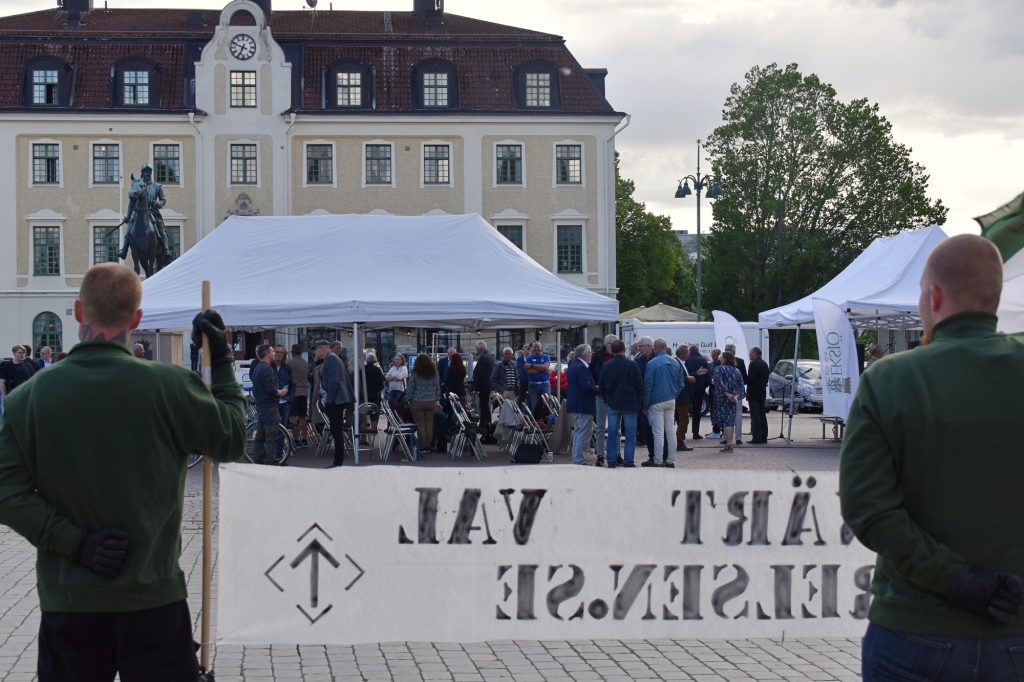 Much to the traitors’ disappointment, the activists could then unfurl their banner again and continue the activity. While the police spoke on the phone, Maijala called the dialogue police in an attempt to get some sense from the officers that way. After about ten minutes, the two constables came back with much better attitudes and explained they had filed a report for a public order offence but that they did not have the right to disrupt an ongoing demonstration. They subsequently stood aside and did not bother the Resistance men again. 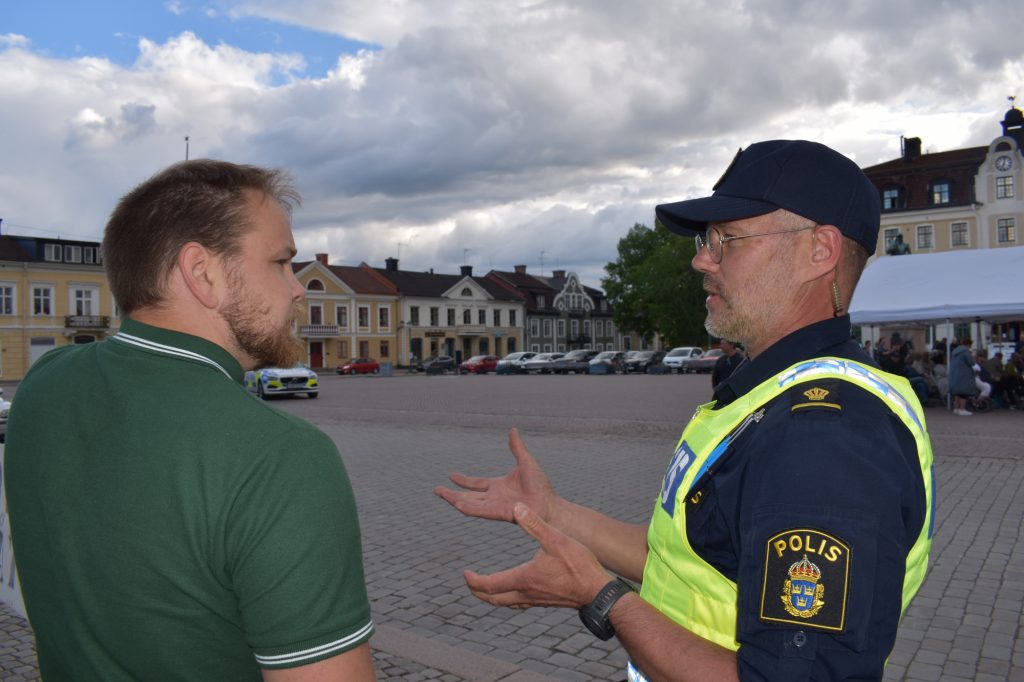 After the folk-traitors had finished their performance, the Resistance men packed up and ended the activity. They then headed home, satisfied with the knowledge that Eksjö’s municipal politicians will sleep a little worse at night, after having been reminded there is a real resistance to their misrule, and that – unfortunately for them – they live in a state where a certain amount of free speech exists, and where the police must abide by certain laws, at least for now.