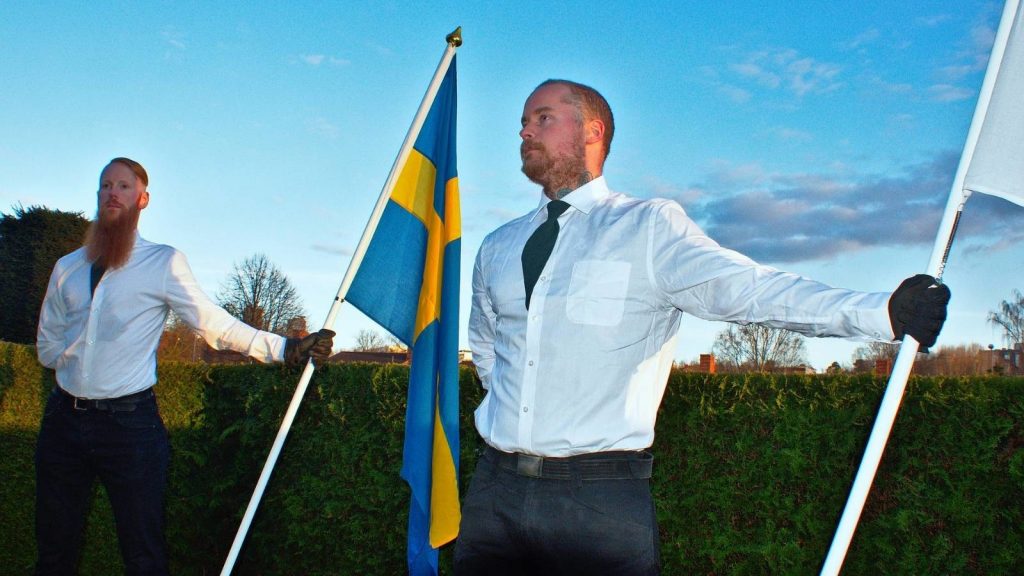 On 14 April the memory of Gösta Hallberg-Cuula was commemorated in the traditional manner by Sweden’s Nest 1.

In the evening, activists and members gathered at the Northern Cemetery in Solna to walk to the resting place of Hallberg-Cuula. The group was led by flag bearers and carried wreaths to lay on the fallen hero’s grave. 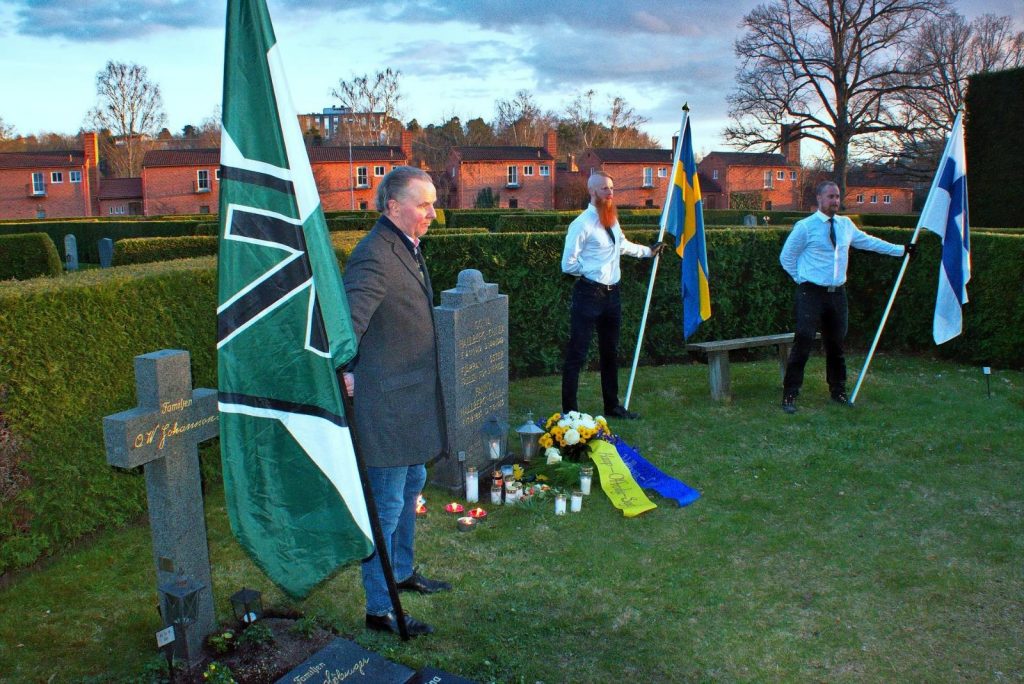 A speech was then held about Hallberg-Cuula’s life and struggle for National Socialism and Nordic freedom. The speech recounted his upbringing and early life as a street fighter in Stockholm, to the day he fell on the Svir Front in Finland. Hallberg-Cuula travelled to the Front as a volunteer to fight the Russians and communism with his comrades under the slogan “Finland Is Ours”.

Finally, the speaker addressed why it’s important to pay tribute to our heroes and how we must all be warriors like Gösta and the other volunteers.

Only with a warrior’s self-sacrifice and fanaticism can we attain final victory.

The speech was followed by a minute’s silence for fallen heroes. 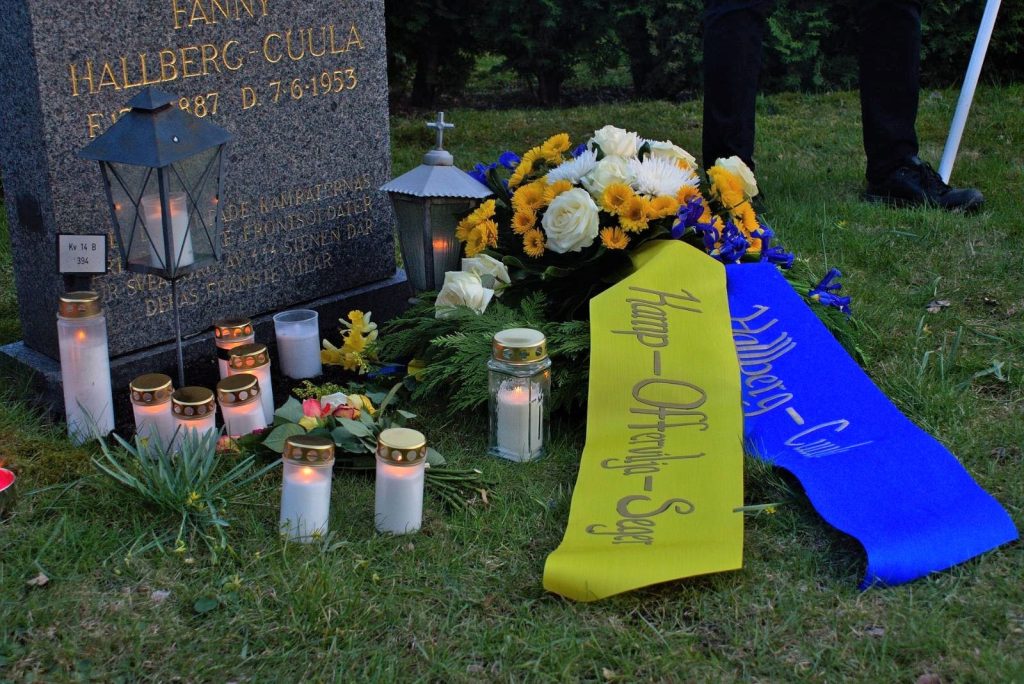 Hail the fallen!
Hail those who sacrificed their blood for our people!