RESISTANCE MOVEMENT. A delegation from the Nordic Resistance Movement participated in a major demonstration against vaccine passports in Stockholm on Saturday, 22 January.

The delegation displayed the banners at the gathering place on Norrmalmstorg, then during the large march, and finally at a well-chosen location above the official speakers for the event.

Related: No to vaccine passports for Covid-19!

Numerous discussions took place with other attendees, almost all of whom expressed great joy that the Resistance Movement were present at the event. Hundreds of leaflets were also given out to very positive recipients, and a couple of spontaneous membership applications were made on the spot. 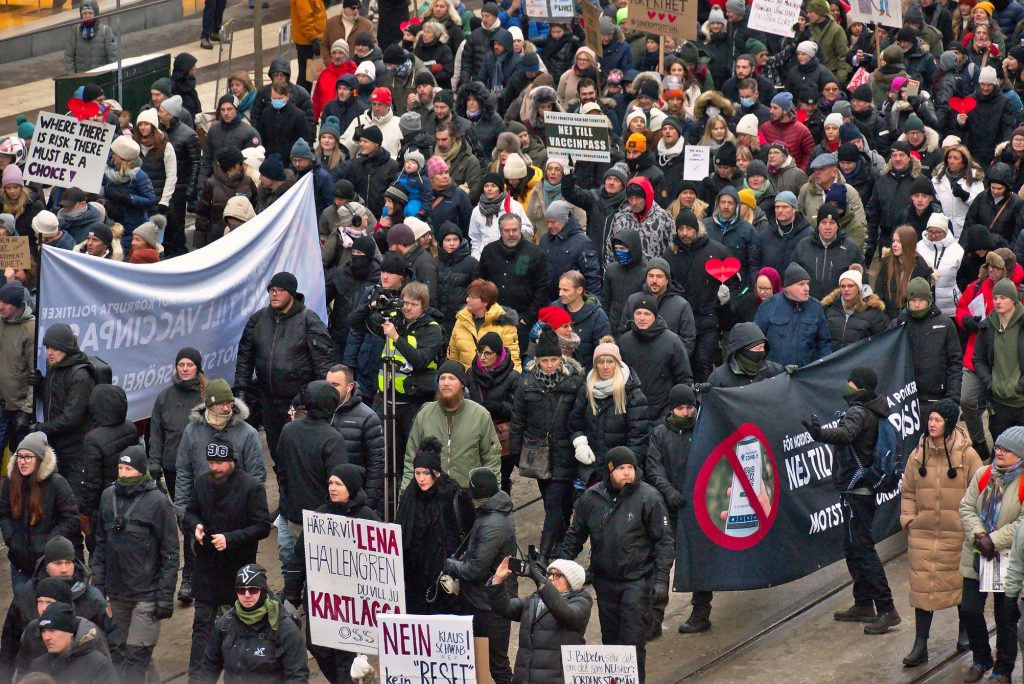 The police predictably tried to cause trouble and wanted to arrest the organisation’s activists for using green smoke and flares, even though many other people were using pyrotechnics without police interference. 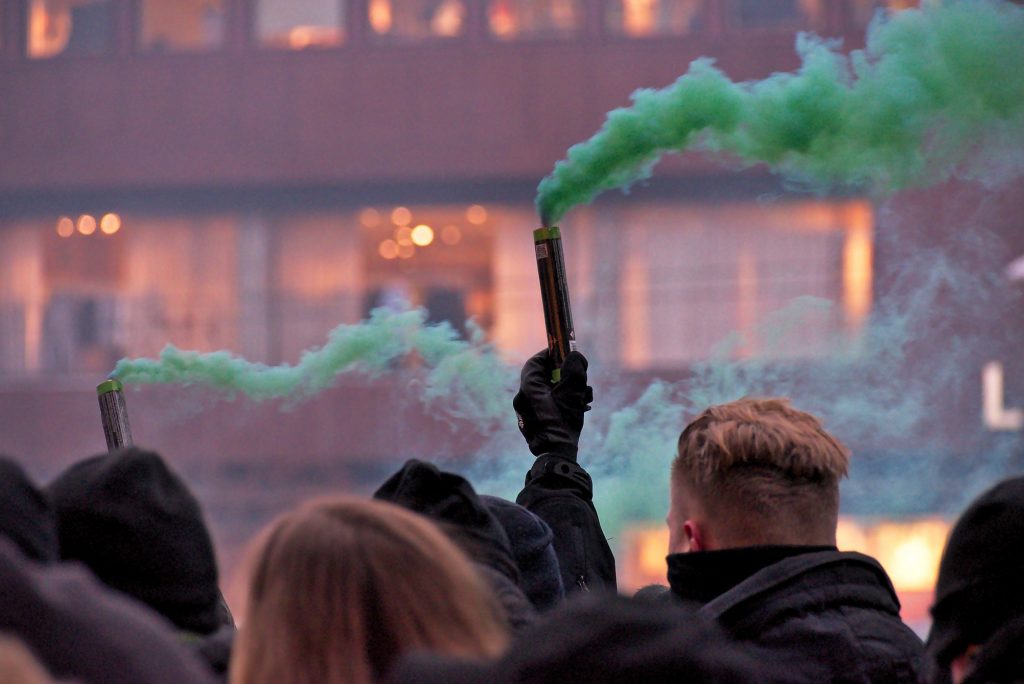 The Resistance Movement’s participation in the event, as well as the banners and leaflets, received widespread coverage in both mainstream and social media. At the time of writing, the organisation’s message has reached hundreds of thousands of people, if not millions.

Further reports from the day will be published in the coming days.