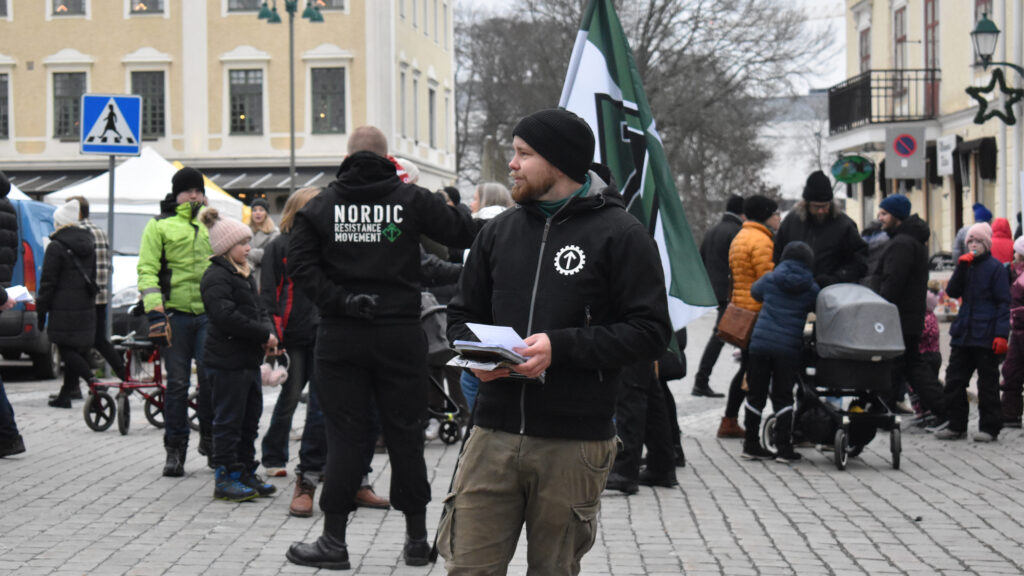 Christmas sweets and other seasonal items were sold at market stalls, while Christmas music played in the background. Meanwhile, the Resistance Movement contributed to the festive cheer by distributing leaflets that called on the people to give a gift to their descendants by fighting for their existence. 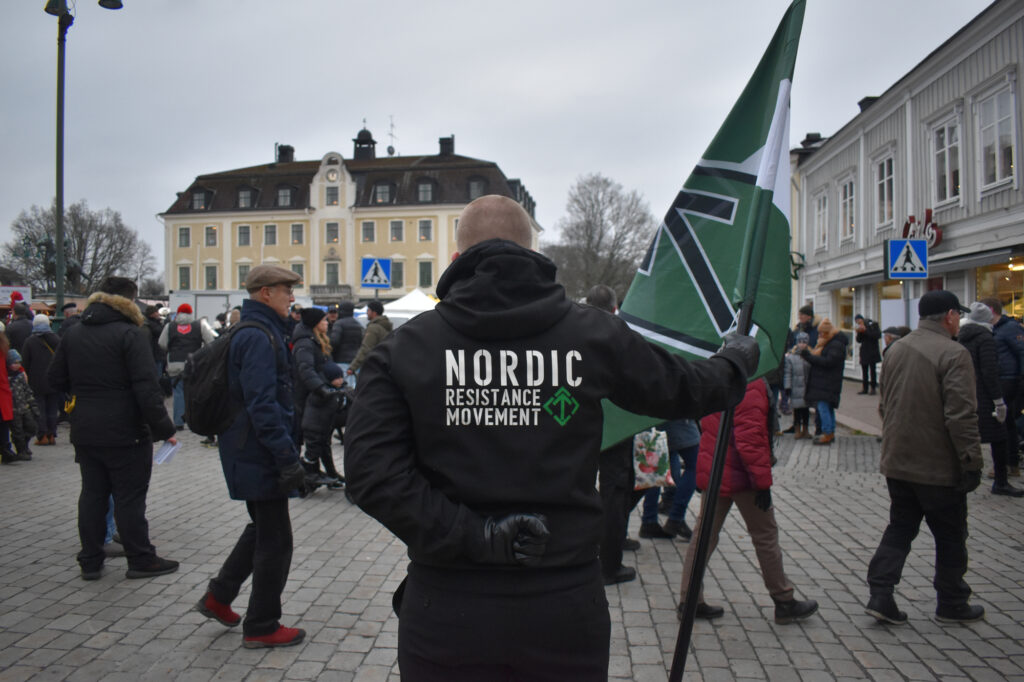 The Tyr rune flag was unfurled in the middle of the crowd, and the activists began handing out leaflets. There were lots of people out, so there was no problem disseminating the information.

After a while, one of the Christmas market organisers came over and demanded the Resistance Movement leave the area, as they did not have permission to be there. He was told to call the police instead of bothering the activists, which he did. The police arrived not long after, only to verify that no crime was being committed and that the Resistance men had the right to be there, before leaving the area. 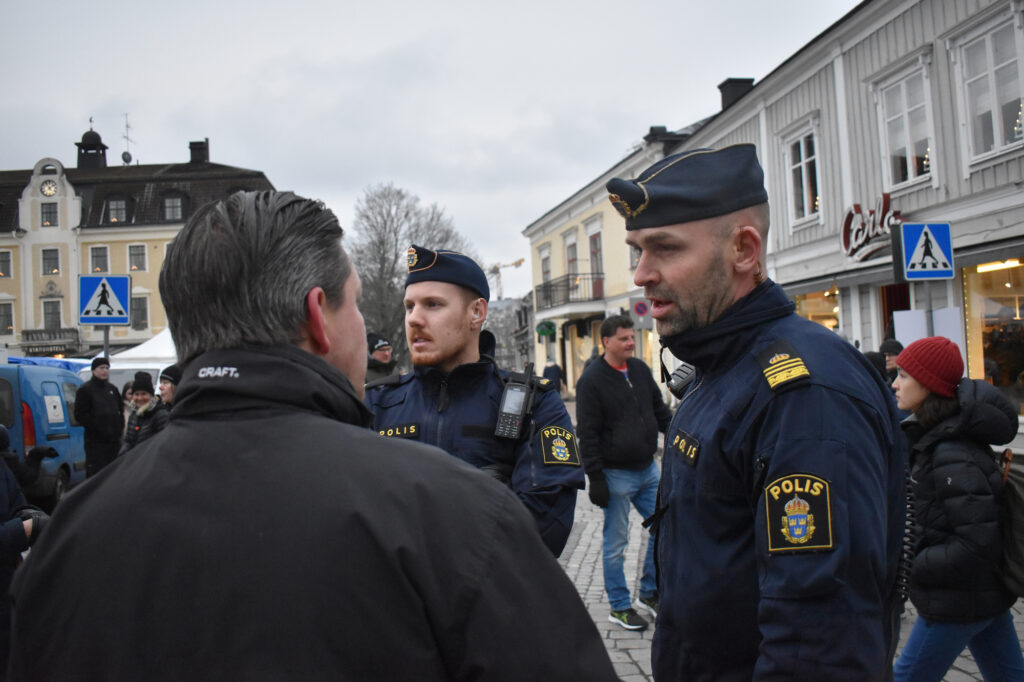 Later on, a gang of youths approached. They were between the ages of 10 and 16, both Whites and foreigners. Some of them asked questions with interest and conversed calmly, but others argued and behaved insolently.

Tragically, it was the Swedish youths who behaved the worst, apparently in search of validation from the racial foreigners. One of them tore up the leaflet he had been given and threw it at an activist, before receiving a very mild reprimand. The “child”, who was over 6ft tall, then started whining about child abuse and threatened to call the police. However, he quietened down after a bit, presumably because even he realised how pathetic he sounded. 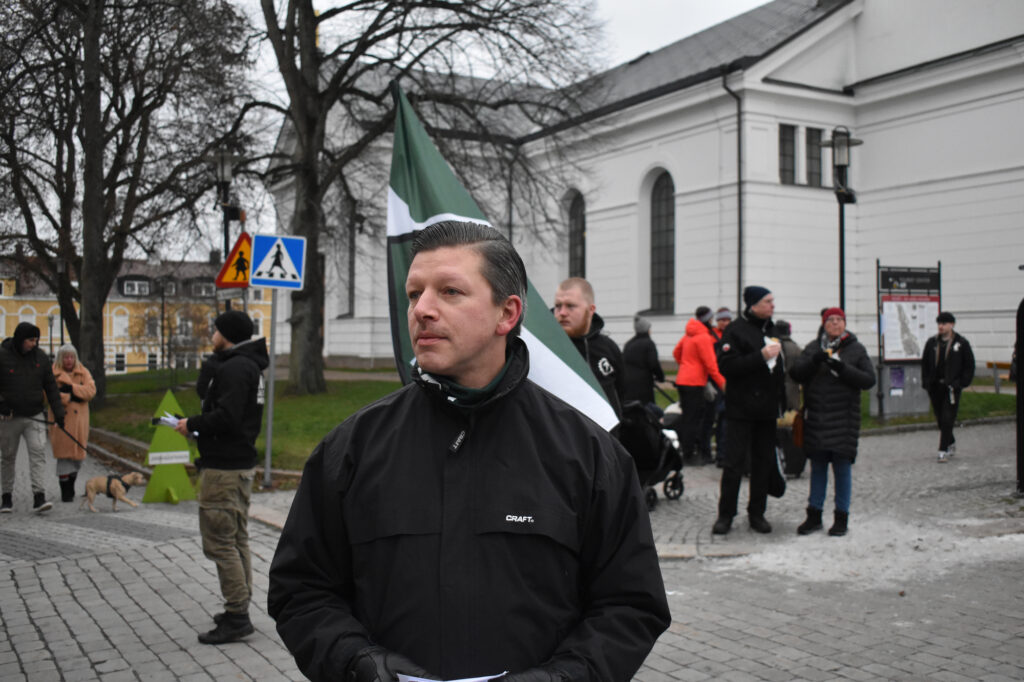 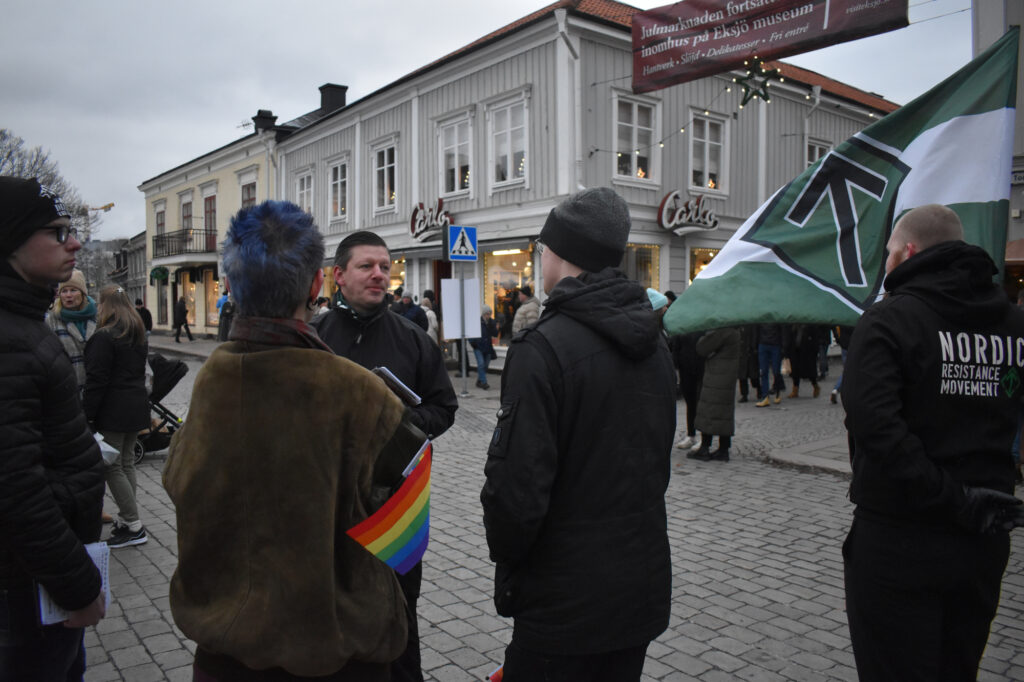 The action continued for a good while, with a lot of leaflets given out before it was over. The comrades then thanked one another for a successful day out in the winter cold and set off home again.