ACTIVISM. Resistance men from Nest 1 and Nest 8 recently conducted a public flyer distribution at the Swedish Game Fair, a large hunting event held in eastern Sweden. The Resistance Movement’s presence was much appreciated by the attendees. 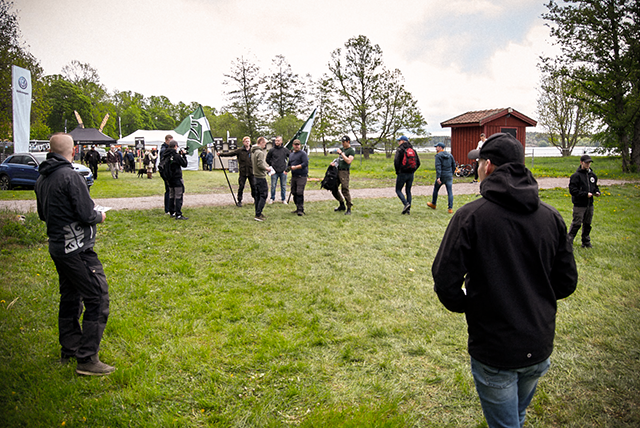 The fair took place in the grounds of Tullgarn Palace, near Trosa, and had many visitors. The Resistance Movement arrived around noon and set up banners in front of the entrance. The fair’s head organizer quickly arrived and behaved like a real crybaby. He called the police, who decided to send one officer.

The event went extremely well, as there was a constant stream of people going in and out of the fair. The leaflets went like hotcakes, with over 2,500 being distributed. Many people were positive about our message, and only a few Swede-haters appeared during the day.

The lone policeman talked a lot on the phone, and after a while two of his colleagues arrived. It turned out his friends were actors in the TV program Södertäljepolisen, and they brought along an entire camera crew. Several shots were taken of the police pretending to talk with each other. They also filmed a discussion with the activity’s organizer, who verbally put them in their place. After a bit more filming, the two “police officers” left the scene. 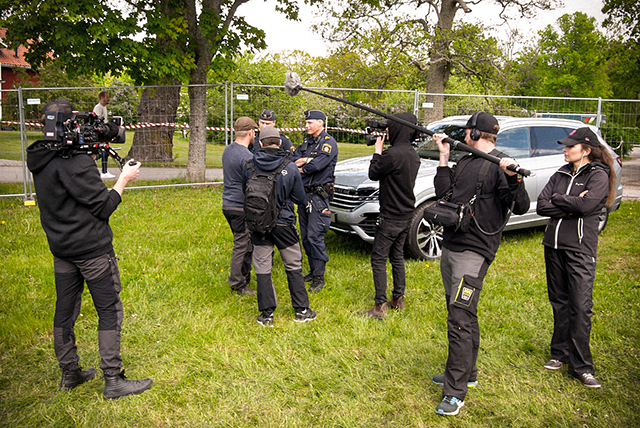 The publication Swedish Hunting (Svensk Jakt) commented swiftly on the event, attempting to distance itself and spread lies about the Resistance Movement. The magazine should be boycotted, as it clearly takes a stand against freedom of expression and supports the system’s harassment of hunters who happen to be interested in National Socialism. In the long run, the restrictions on nationalist-minded people’s right to carry weapons will also affect the rest of the hunting community, a fact that Swedish Hunting either refuses to recognize, or is paid to ignore.

Virtually all violent crimes that occur with firearms in Sweden are committed with weapons that are already illegal. Further restrictions on the right to carry arms will only make it more difficult for law-abiding citizens to defend themselves when needed.

Those who think that free and innocent Nordic men and women should have the right to own a weapon – both for hunting and self-defense – belong in the Nordic Resistance Movement. Anyone who thinks that we should have a society in which only criminals carry weapons can continue to support “Swedish Hunting” and the current government.