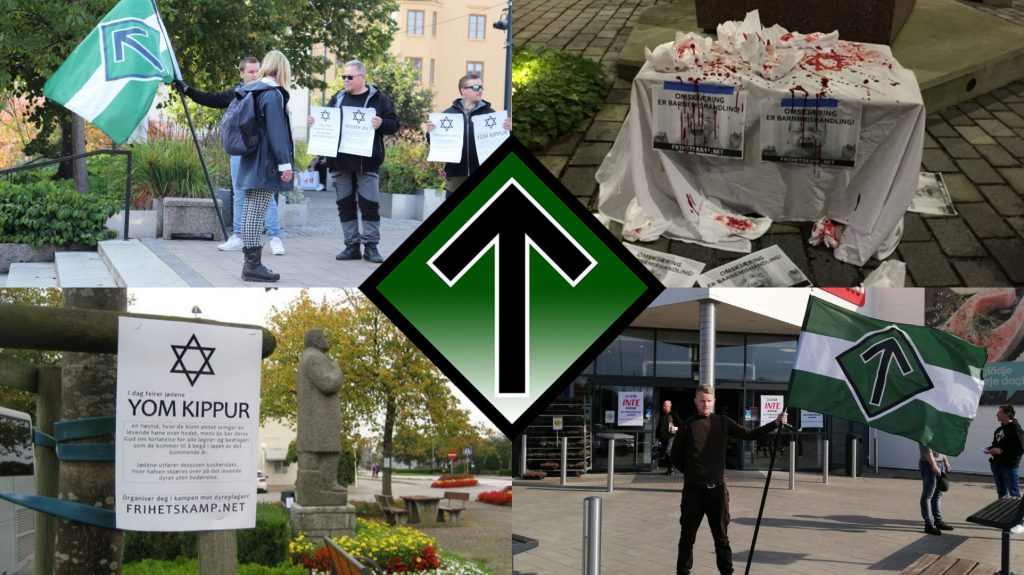 On 27 September, the Jews celebrated Yom Kippur, a holy day when they engage in such practices as swinging live chickens around their heads and asking for forgiveness for all the lies and deceit they will commit until the next Yom Kippur.

To mark the occasion, the Resistance Movement informed the Nordic people about these and other noteworthy Jewish customs, such as the painful practice of kosher slaughter, the circumcision of babies, celebrating the genocide of other peoples, millennia of structural Jewish racism, and plans for world domination as described in the Talmud, the Bible and various rabbis’ interpretations of these texts.

Activism was conducted in Sweden, Norway, Denmark and Iceland. Below follow photos from each country.

In Norway, a creative activity against circumcision was held on Yom Kippur. A mock operating table was set up, and posters about circumcision constituting child abuse were spread around it on the ground.

More photos can be seen on Nordfront.dk.

Activists in Iceland put up posters in Reykjavik.