RESISTANCE MOVEMENT. On 7 and 8 October, the main proceedings were held in Falu District Court against Hampus Maijala, who was suspected of hate speech in his capacity as the former publisher of the Nordic Resistance Movement’s Swedish website, Motstandsrörelsen.se.

The former publisher of Motstandsrörelsen.se, Hampus Maijala, was charged with 40 cases of hate speech and was defended in the trial by Carl-Oscar Morgården. The other party in the trial was the Chancellor of Justice (JK), who acted following a report from the anti-Swedish association Juridikfronten. The JK was represented by the infamous prosecutor Fredrik Ingblad, who is the inventor of the Orwellian concept of “interpretive facts”.

During the two-day trial, both sides presented their cases, questioned Maijala and made their final arguments to the jury. Fredrik Ingblad acted noticeably disrespectfully throughout the proceedings, and received reprimands from the judge on several occasions. He also continually attempted to attribute opinions to the Resistance Movement and Maijala that neither of them holds or has expressed in any way.

The defence lawyer, Carl-Oscar Morgården, spoke about why Sweden’s fundamental law on freedom of expression must be protected, the fact that the European Convention has previously stated that Sweden’s hate speech law is far too restrictive, and that the jury – according to the constitution – should acquit rather than convict in cases such as these.

The 40 charges primarily related to images, but also to some text and an audio recording. Maijala admitted a few of the charges, but denied the majority.

After two days, the jury announced that Maijala would be acquitted on 13 of the 40 points, but that the court should proceed to assess the remaining 27. The prosecutor demanded a six-month suspended sentence and a fine. The verdict will come later this month. 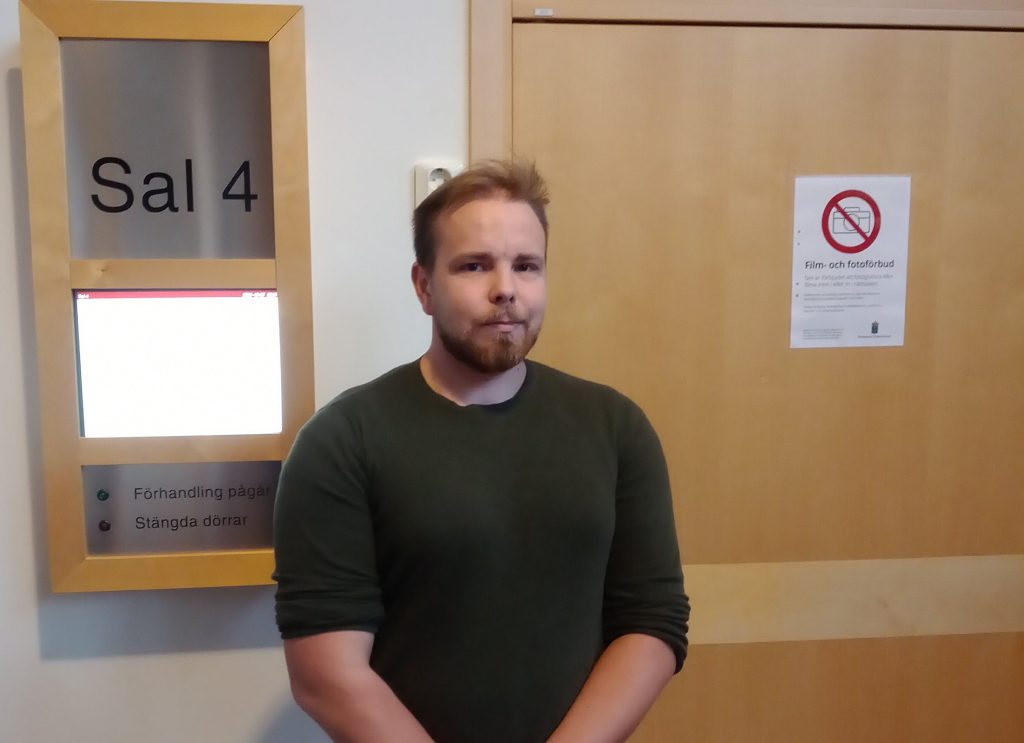 The Resistance Movement asked Hampus Maijala a few questions about the trial:

How do you think the trial went? Was it how you imagined?

In short, I think the trial went well. This trial was a bit of a special case, as it featured a jury with sentencing powers, so it was a little different than the trials we’re accustomed to.

What did you think of your defence counsel’s performance?

Overall, I think my defence counsel did a good job.

The prosecutor was very provocative when questioning you. Was it difficult for you to keep calm under those circumstances?

No, not really. I knew in advance that this particular prosecutor is very provocative, and I was prepared for this. At the end of the day, I learned more about the prosecutor than he learned about me, specifically regarding his views on a certain highly morally questionable issue.

Can you tell us more…?

With my own use of “interpretive facts”, I would say that to some degree he defended paedophilia.

What do you think in general about the hate speech law and the system’s attempt to further restrict freedom of expression?

The hate speech law is a fundamentally anti-White law designed to silence those who do not dance to the system’s tune. It is therefore very important to oppose the system when they try to advance their positions regarding what should be included in this law. If we do not do this, we run the risk of free speech being completely eroded – something that affects everyone, whether they are a National Socialist or not.

Will you be scared into silence if you are convicted?

No! The struggle these two days has been fought in the courtroom, and regardless of the outcome, it will continue unhindered. 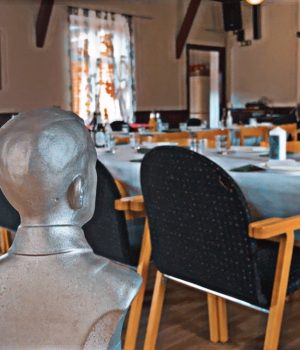