Home Resistance News The Revolution Begins with You! New leaflet from the Nordic Resistance Movement

RESISTANCE MOVEMENT. The Nordic Resistance Movement has just produced a new hard-hitting leaflet for distribution across Sweden. Entitled ‘The Revolution Begins with You’, it aims to shock its readers into getting active for the Cause. Below is an English translation. 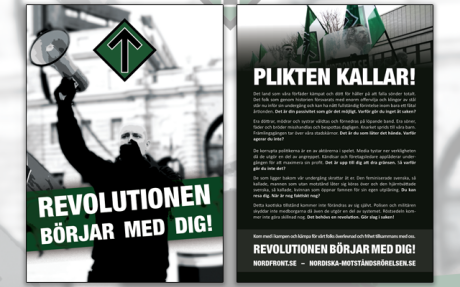 The land our forefathers fought, sweat and died for is collapsing around us. Its people, who were defended throughout history with immense self-sacrifice and blades of steel, now face their downfall and complete destruction within just a few decades. It is your passivity that makes this possible. Why don’t you do anything about it?

Your daughters, mothers and sisters are being raped and degraded every day. Your sons, fathers and brothers are being attacked and spat on. Drugs are being distributed to our children. Foreign gangs are taking over our city centres. You are letting this happen. Why don’t you act?

The corrupt politicians are players in the game. The media hush up what’s happening and are part of the attack. Celebrities and business leaders applaud the destruction to maximise their profits. It is up to you to draw the line. So why don’t you?

All over the world people are laughing at you. The feminised so-called Swedish man, who lets himself be walked all over without resistance; and the brainwashed so-called Swedish woman, who embraces her own eradication. You can rise up. When is enough enough?

This chaotic situation will not solve itself. The police and military are part of the system and won’t protect you. Voting won’t make a difference. We need a revolution. Take action!

Join the struggle and fight for our people’s survival and freedom together with us.

The revolution begins with you!

The Swedish leaflet can be ordered from Greenpilled.com. 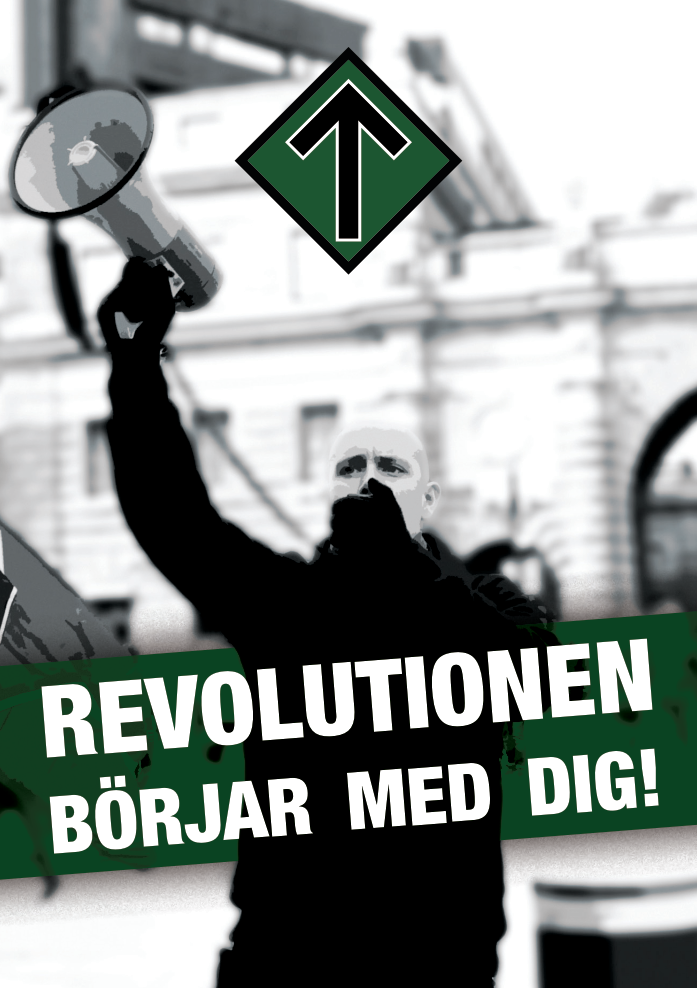