COMMENTARY. The Swedish “Security Police” (SÄPO) have exposed themselves as a political institution via their participation in the scandalous trial against the Nordic Resistance Movement.

SÄPO’s analyst Ahn-Za Hagström wrote a memorandum on the Nordic Resistance Movement which was intended to be used as evidence during the political witch-hunt trial in Gothenburg. The memo, which is filled with lies, exaggerations and subjective claims, also formed the basis of the testimony Hagström gave in the trial. Both the news editors and Fredrik Vejdeland have already written about this subject in other articles, but there are actually more things to comment on, so I shall also share some of my thoughts regarding SÄPO’s testimony and memo.

According to Hagström’s testimony, the memorandum is not her personal work, but rather SÄPO’s as a whole, and a lot of people have been involved in writing it. Hagström appears more to be the scapegoat for the compiled document. This in itself is interesting, as it actually makes the letter even more official. This memo is how SÄPO as a whole assesses and views the Nordic Resistance Movement. Or perhaps the image they want to convey to the public about the organization.

The Nordic Resistance Movement is very clear about its ideological positions, which are mostly to be found in our political program “Our Path”, but also in many ideological articles written over the years, as well as in the podcast Leadership Perspective. Nevertheless, according to its memo, SÄPO believes the organization advocates political opinions we have never expressed. For example, among these alleged views they claim we supposedly advocate race war and xenophobia.

The Nordic Resistance Movement’s alleged activities and tactics are also described in SÄPO’s memo. Here, too, there are major differences in how the same matters are described by us in the organization, or for that matter how they are evidenced by our actions over our 20-plus years of operation.

When defence lawyers interrogated and pressed Hagström on these contradictions, it emerged that all sources are classified and that the content of the memorandum is thus not academically correct, but rather highly subjective. This is clearly not a document in which the Nordic Resistance Movement is described objectively and correctly, but instead pure and simple propaganda in which the organization is described according to the image with which the system wishes to brainwash the public.

The prosecutor thus highlights the system’s subjective propaganda as actual evidence in a trial. When the media and various “experts” later cite it, it further becomes part of the subversive work of turning people away from us in the national opposition.

During the interrogation, Hagström claimed that many of our political positions actually come from National Socialists who were active in the 1930s and 40s, or from the American “white power movement”. And because the Nordic Resistance Movement has the same “thought tradition” as these groups, they automatically apply to us – even though we never expressed them ourselves.

Furthermore, when Nordfront writes about an historical person such as Adolf Hitler or George Lincoln Rockwell, this means, according to Hagström, that the Nordic Resistance Movement as an organization and political party shares their views and fully supports the approach and actions of their respective organizations.

According to the same rhetoric, one can assume that SÄPO thinks it’s perfectly reasonable to attach all the Soviet Union’s positions and actions to the Social Democrats. Social democracy is clearly based on the same thought tradition as that of the Bolsheviks, and they also revere historical persons associated with the communist worldview in many of their activities and media.

In relation to the claims that we advocate xenophobia and race war, completely new Orwellian definitions are provided by Hagström as to what these concepts mean. Xenophobia is defined in brief as wanting to preserve your people’s culture, and race war as wanting to preserve your people’s ethnicity. The Nordic Resistance Movement does not act with hostility to strangers unambiguously just because they are strangers, and we have never stated that we have any desire for war with other races – which was confirmed by Hagström. However, we are bound to our ideological endeavour to preserve the racially Nordic people and our Nordic culture.

SÄPO’s rhetoric also claims that the Nordic Resistance Movement is a criminal organization capable of committing terrorist offenses. For example, their memo and Hagström’s testimony state that because it’s part of our ideology that our members practice martial arts, this means they are training for criminal acts. Hagström, for all intents and purposes, acknowledges there are legitimate purposes for this training, in that it is both community-building and gives our members a better opportunity to defend themselves if they are attacked, but it’s also implied they will use this training to commit crimes – in this case, assault.

According to this view, every martial arts club in the country could be said to be built on criminal grounds. Or why not the leftist groups who teach “feminist self-defence”!?

When questioned, Hagström admits that all people with access to a vehicle or knife are capable of committing terrorist offenses, but believes that these individuals, unlike members of the Nordic Resistance Movement, are not able to commit a major attack, as it requires several connected people.

It is certainly true that an individual does not have the same ability to commit terrorist offenses as a group, but it can never be cited why the Nordic Resistance Movement would have a greater opportunity for this than any other associations. Of course, every coalition of people around the world, including the aforementioned Social Democrats, has the ability to commit terrorist crimes in the same way as the Nordic Resistance Movement.

In answer to the direct question from SÄPO, the claim that the Nordic Resistance Movement intends to commit terrorist offenses is absolutely false. Hagström also does not know if the Resistance Movement has access to illegal weapons, despite this being stated in the memo.

The memo also compares the organization to other groups within the White Power milieu and claims it is more dangerous and more radical than the others. When the defence asked which groups exist in this scene in Sweden, other than the Nordic Resistance Movement, it was claimed there have been others historically but that the organization today stands largely alone. Comparisons to other groups in the milieu are therefore very strange. If we are the most dangerous and radical, we can therefore also be said to be the most kind-hearted and nicest group in the White power scene. 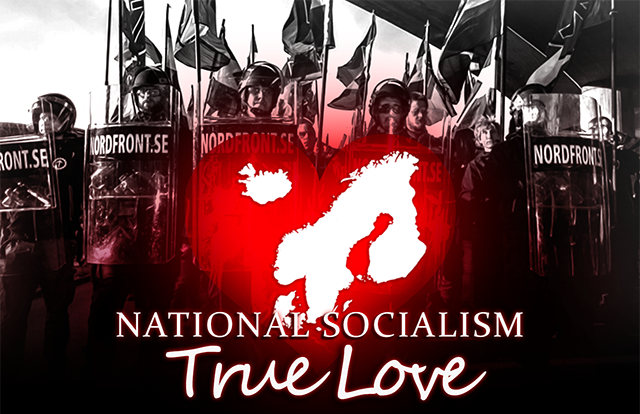 The fact that the Nordic Resistance Movement is seen as dangerous to the system from a competitive point of view is very clear, as evidenced by both the trial itself and SÄPO’s defamation. Participating in this trial in such a manner clearly suggests they are a political institution rather than a police institution and that their purpose is to uphold the prevailing political monopoly rather than safeguard the security of the nation. The system is obviously terrified of the enormous potential of National Socialism – which is why SÄPO acts politically against us. Of course, it is also in this light that one must view SÄPO’s other harassment towards our members and sympathizers.

With truth as our weapon, we will continue to fight and grow despite SÄPO’s blatant lies, the system’s oppression, and the prosecutor’s attempt to criminalize our movement. We have nothing to hide or be ashamed of, and our representatives do not need to “talk around topics like a politician”, as one of our lawyers observed of Ahn-Za Hagström during her testimony. 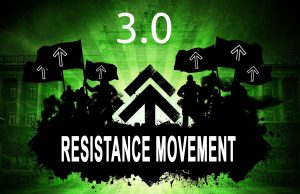