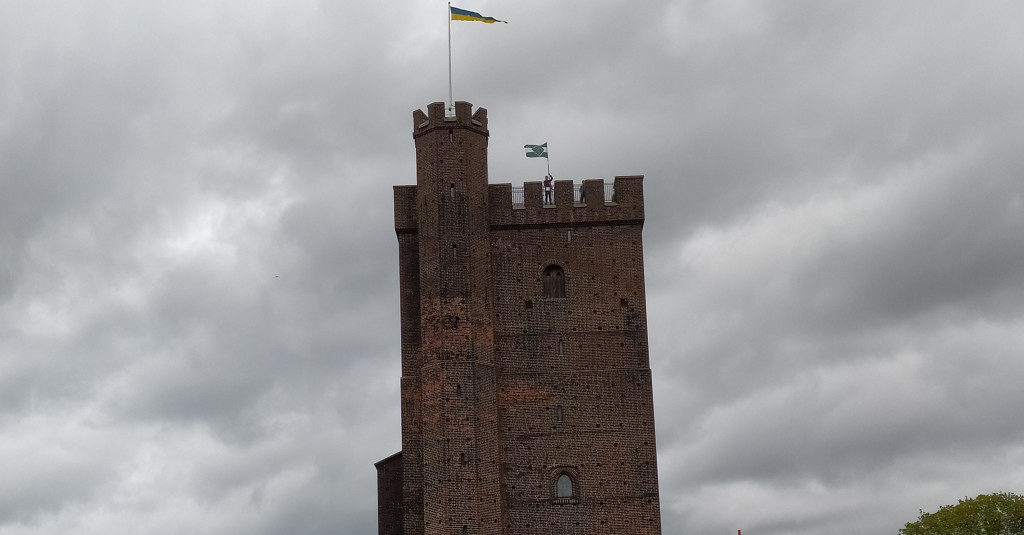 As the day was windy, the flag was seen clearly from the ground, which resulted in a number of people pointing and photographing the beautiful sight. 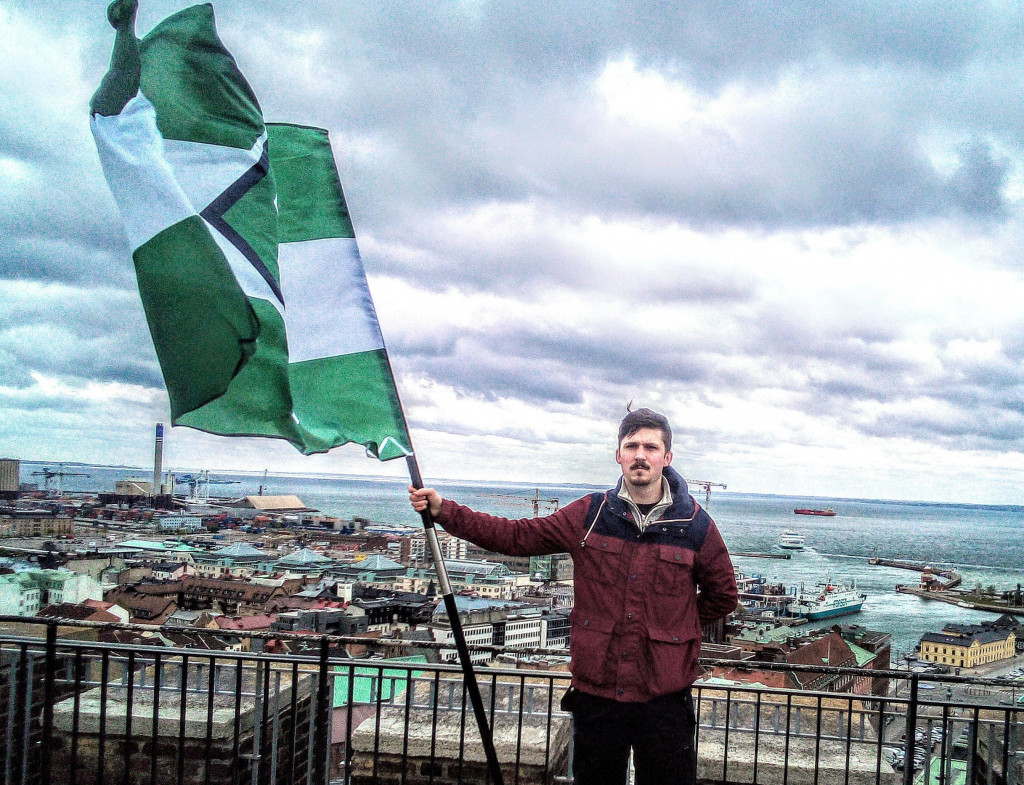 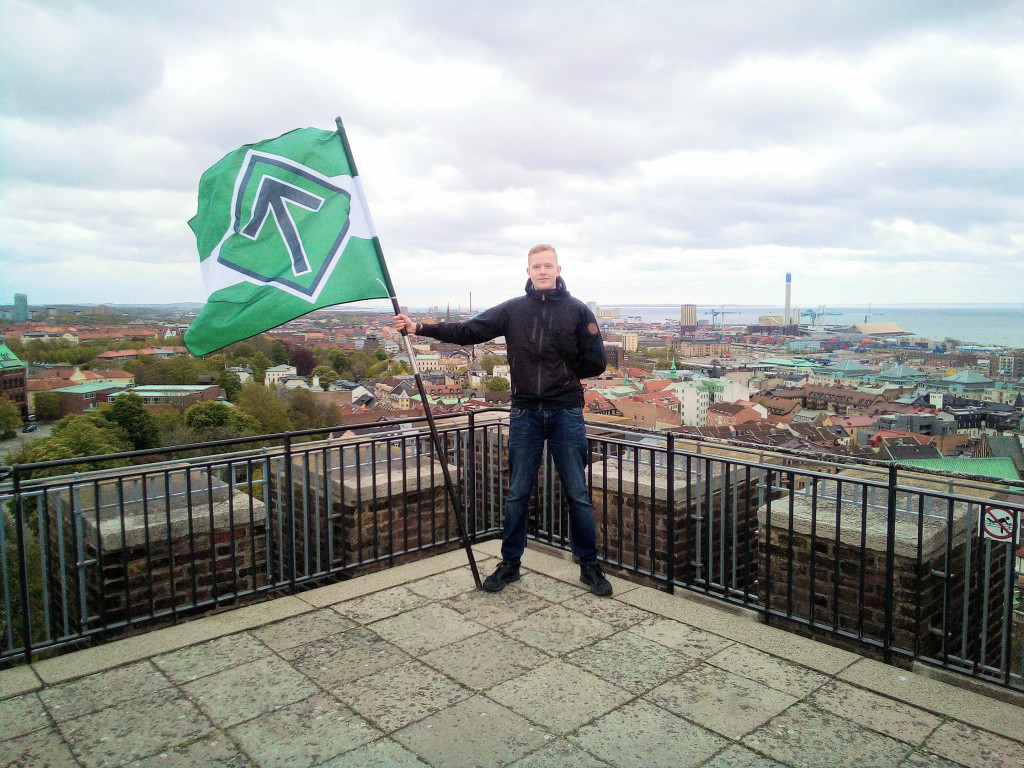 Kärnan was built in the 1310s and today is the only surviving building of Helsingborg’s medieval fortress. On a clear day, you can see the Turning Torso skyscraper and Öresund Bridge from the top of the tower.