HIKING. Sweden’s Nest 7 went on a challenging hike through the Småland forest on Saturday, 15 January. 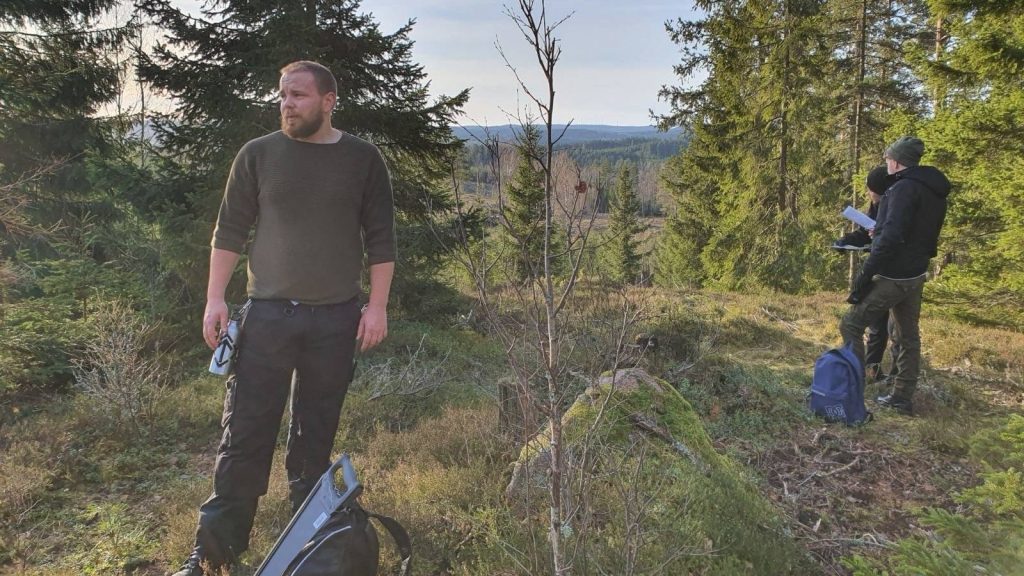 Members gathered at a car park in the middle of the forest for a wilderness hike on Saturday. For the first stage of the trip, the participants walked through wild terrain, heading straight to a specific destination with the aid of a map and compass. 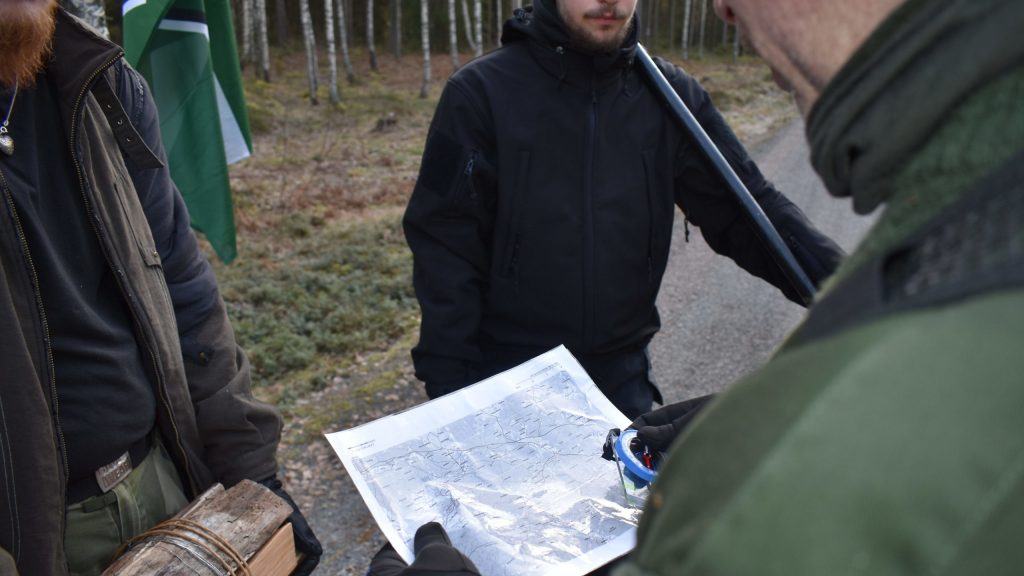 After a long and very strenuous hike through dense forest, with a lot of ducking and climbing to get past trees and branches, the group came up onto a hill, where they could get an overview of the area. They then continued walking over a clear-felled section, which provided some temporary relief, before heading straight back into the woods to continue the tough hike. 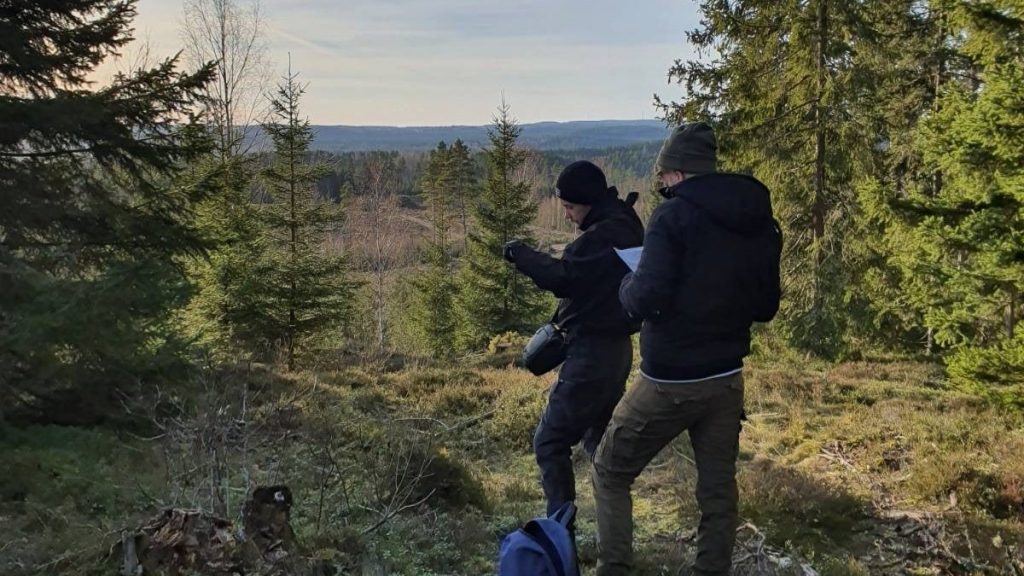 After reaching the initial destination, the rest of the journey progressed along pathways. On the way, the comrades met a very thoughtful moped rider, who had seen the Resistance men from his house. He thought it was strange to see people walking with a flag out in the forest, but it was explained to him that there was nothing strange about it at all. He was given a brief overview of the Resistance Movement’s policies, as well as some stickers. The meeting ended cheerfully, and before the man moved on, he put one of the stickers on his moped. 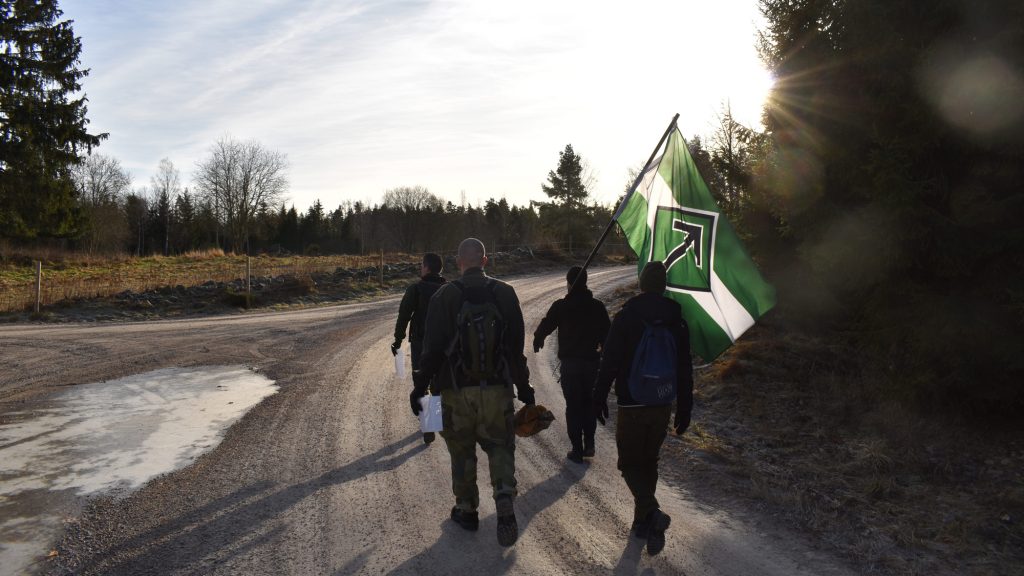 By dusk, hunger and fatigue had started to creep in, so it was time for the walkers to rest and fill their stomachs. A fire was lit and food was cooked. 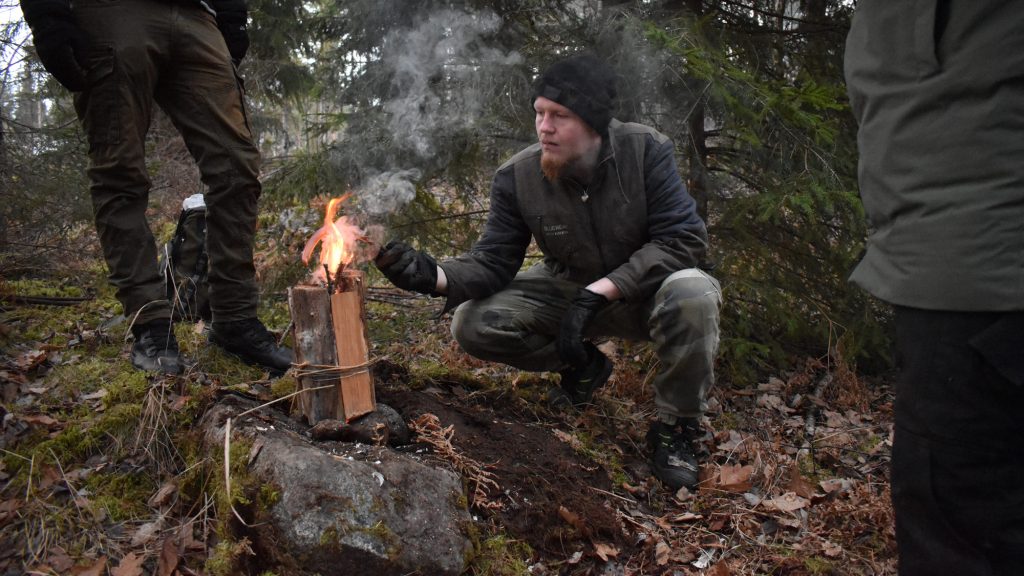 After eating food, the group conducted an activity that consisted of constructing a stretcher made from rope and large sticks. Following some failed attempts with sticks that were too weak and snapped in the middle, the group finally succeeded in making a functioning stretcher. 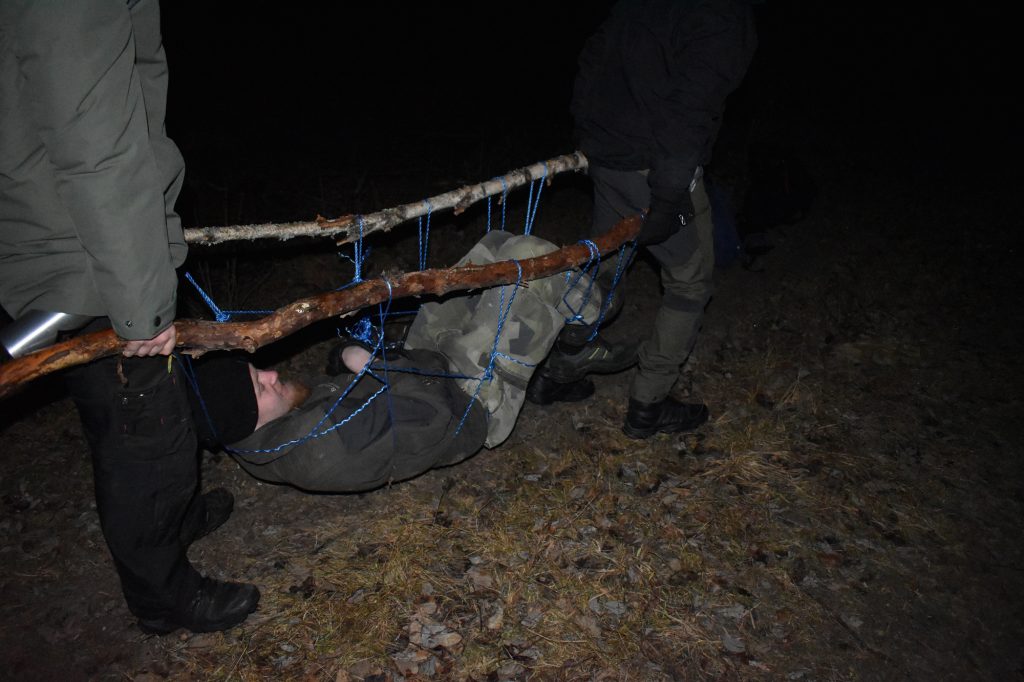 During the last leg of the hike, the comrades walked alongside a railway track to find their way back to the starting point. Once they had arrived, they sat down wearily in their cars, before driving home after a full day in the beautiful Småland wilderness. 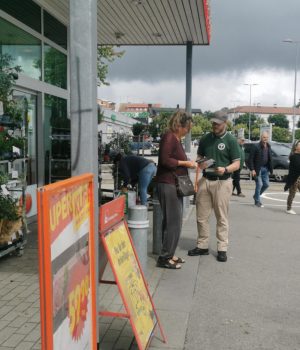