Home Ideology UN document highlights the role of the “holocaust” as the moral basis...

GLOBALISM. Russleman writes about a newly discovered document from one of the United Nations’ educational programmes, which emphasises the role of the “holocaust” as the moral basis of globalisation and White genocide. 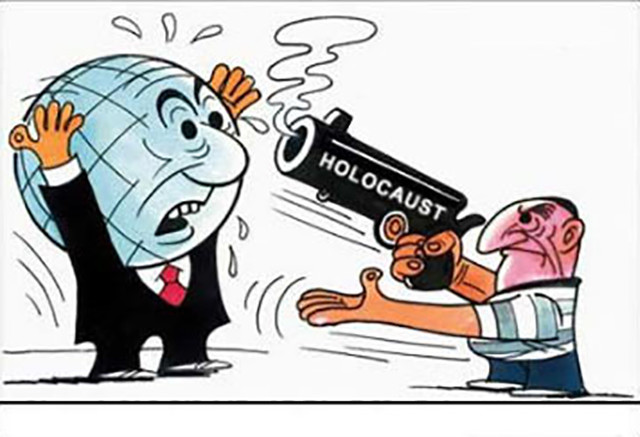 A recently discovered document from “The Holocaust and the United Nations Outreach Programme” highlights the critical role of the “holocaust” myth in shaping a moral foundation for the Western elite’s globalist/neo-liberal world project. The document, which is entitled “The Future of Holocaust Education: The Role of Global Citizenship and Human Rights Literacy”, refers explicitly to tikun olam (Hebrew for “heal/repair the world”), which is a fundamentally anti-White concept that seeks the extermination of the White race as revenge for perceived crimes committed against Jews by National Socialist Germany (even though all Whites must ultimately be destroyed to “heal the world”).

The programme originates from the “Holocaust Remembrance resolution”, which was unanimously adopted by the UN General Assembly in 2005. According to the document, the resolution should be seen as an acknowledgement of the “need to develop a new cosmopolitan memory of the Holocaust that transcends ethnic and national boundaries”, and which stands in contrast to “xenophobia, racism and hate”.

The future of Holocaust memory and education lies in its ability to be relevant to the students of coming generations. While study about the Holocaust is important in and of itself, it is even more important to learn from the Holocaust in terms of promoting global citizenship, human rights, religious tolerance and multiculturalism to ensure that such evil does not occur again.

In many locations worldwide, the Holocaust has become a universal symbol of evil. Just as the story of the Exodus from Egypt from the Bible, and the catch cry “Let my people go” epitomises moving from slavery towards freedom, the Holocaust is now the defining symbol of the most terrible denial of basic human rights – an evil that we struggle to comprehend.

Paradoxically, we can transform teaching about the Holocaust from a subject of despair to a subject of hope. We can convey to our students the message that the option of preventing the next Holocaust is in our own hands. Our students can take specific steps to counter racism and hatred on a local, granular level and this will impact at the universal, international level.

In this way, adolescents can become agents of change. The most important educational message of tikun olam, repairing the world, is that we must not be indifferent, we must not be bystanders, because indifference is lethal. We have to act! We must be agents and facilitators against the evils of discrimination, prejudice, hatred and violence. All teachers need to equip their students with the intellectual and practical tools to deal with complex historical situations.

Thus Holocaust Education should be constructed in such a way that the world can counter hatred – whether based on race, ethnic background, colour, gender or religion.

This quote not only emphasises how the “holocaust” is the fundamental myth behind the globalist/neo-liberal world project, but also the innate absurdity of invoking the very same “holocaust” myth to counteract this project, as kosher right-wing and left-wing political actors often do.

Examples of this are ubiquitous, from counter-jihadists’ endless attempts to compare fascism to Islamism, to more recent cases of unvaccinated people invoking “holocaust victim status” while condemning the “fascist vaccine regime”.

The fact that so many instinctively go straight to the “holocaust” to emphasise their status as the oppressed reveals how deep this Jewish myth has been engraved into our collective subconscious as the ultimate moral reference point, and how it is one of the pillars of Jewish power. You simply cannot use the “holocaust” to advance your own political agenda as a non-Jew; and for us Whites, it is directly counterproductive, as the only thing you achieve is to legitimise the fundamental moral myth behind the neo-liberal globalist system.

Also from the document:

The growing strength of populist and far right groups in Europe must concern us all. The worldwide wave of antisemitism in which innocent Jews are attacked solely for being Jewish while walking the streets of Sydney, Melbourne, Brussels, Paris and Rome has to worry us. The decapitation ceremonies by the Islamic State should cause us sleepless nights. It’s not enough to make general statements of a universal nature about unavoidable, banal evil. We need to act.

Holocaust education enables exploration of human rights literacy in different social contexts from cognitive, social and practical perspectives. It acknowledges the need to develop a new cosmopolitan consciousness transcending national boundaries: a memory connected not only to the past but also to the belief in a common future. The cosmopolitanization of Holocaust awareness and the need to avoid such a tragedy occurring again is connected to post-national processes. Thus, educating about the dangers of racism and extreme nationalism can become an icon for a new cosmopolitan future.

At the same time we must be careful. There can be no doubt that the transformation of the Holocaust into a universal symbol of evil has made it possible to address it in different cultural contexts. But there is a substantial, inherent risk that this approach can “normalise” the Holocaust and thus diminish it. Normalisation can lead to “soft” Holocaust denial. Not aggressive, explicit denial, but denial of its core Jewish elements. In addition, there is a tendency to describe some racial tensions and conflicts as a “Holocaust” when such a comparison is inappropriate. The overuse of the term can thus cheapen it.

In my article “Nationalism and socialism are fundamentally inseparable”, I noted the centrality of cosmopolitan values to the ruling powers – and here we have it in black and white that not only does the UN agree with me, but also how Jewish influence goes hand in hand with it. All normal people hate the political changes that have taken place in recent decades, whether they be globalisation, the erasure of national identity via cosmopolitanism, or the increasingly overt anti-White racism that invokes the “holocaust” as its moral foundation.

This is why the “holocaust” myth MUST be crushed. There is no way around it and there is no way to fool the system by attempting to twist the myth to your advantage. If the “holocaust” is the symbol of universal evil the West, it logically follows that those who committed it – namely, us Whites – can be universally condemned as fundamentally morally inferior, which is why it is not just acceptable but also a righteous act to wage demographic warfare against us.

The “holocaust” myth must be destroyed before it destroys us. Until the day “holocaust” teachers are met with ridicule in every classroom in the West and questioned about why mass graves of Jews are almost non-existent, why there are no traces of Prussian blue in the “gas chamber” in Auschwitz, and why it is acceptable to rely on confessions elicited via torture in the Nuremburg trials, nothing will change.

The “holocaust” myth must be destroyed. There is no other way around it. 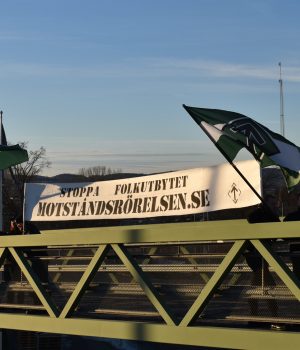