ACTIVISM. On Saturday 25 May, members from Nest 7 gathered in Vetlanda, Jönköping County, to inform the local people there is a strong organisation which stands up for the Nordic folk against the globalist EU.

There was a town festival on the day of activism, so there were many people on the streets of this Småland highland town. Unfortunately this meant all the anti-Swedish parties had also decided to show up in an attempt to further deceive the people into believing they each stand for something different from all the other liberal-democratic parties.

The Resistance men positioned themselves with a banner, flanked by two flag bearers, in a centrally located crossing opposite the majority of the globalist parties’ snake oil stands.

It didn’t take long before these “political opponents” joined together in a coalition and attempted to hide the Nordic Resistance Movement’s message by forming a human wall in front of the banner. Clearly these lackeys are in complete agreement that freedom of expression should only be allowed for organisations with the “right” views. The “political opponents” all seemed to be very friendly to one another regardless of their party colours.

Soon after, the long arm of the law came along. Reinforcements didn’t arrive immediately, however, so the system’s lapdogs kept at distance to begin with.

When patrol number two arrived and all the police had put on their yellow vests, the Resistance men thought the officers would benefit from a little exercise, so they rolled up their banner and flags and moved on. 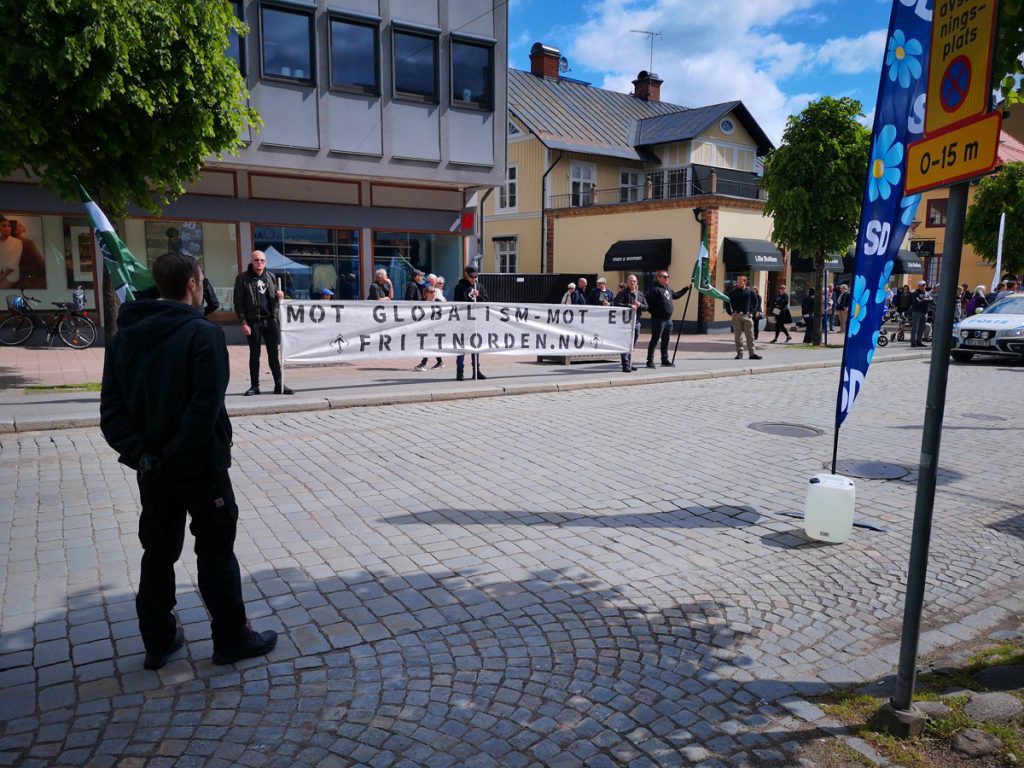 This time they set up opposite the Sweden Democrats’ election tent, which was situated farthest away from the central festival area. Soon the location was filled with curious passers-by, and the SD’s representatives no longer felt lonely.

A gang of rabid women immediately showed up with their usual moronic questions. As usual these Marxists said they knew all about the Nordic Resistance Movement, even though they didn’t know the real name of the organisation. They later wrote on Facebook that “Nordfront” had been in town and that three of the Marxists had succeeded in “chasing away” the ten Resistance Men from Vetlanda town centre. 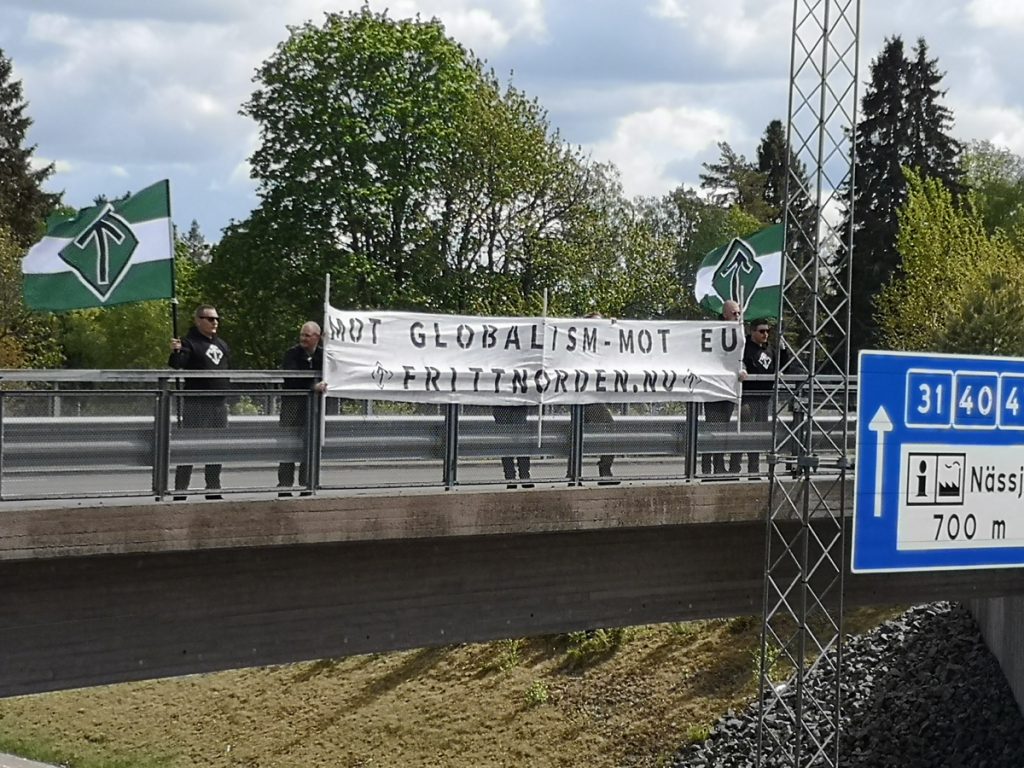 After the action in Vetlanda had concluded, the activists continued on towards the town of Nässjö.

There they set up on a bridge over the road to Jönköping. With Tyr rune flags waving in the wind, the proud Nordic men received many encouraging horn beeps and thumbs up from passing motorists who appreciated the message of a liberated North, free from globalism and a hegemonic EU.