Home Resistance News Activism What have politicians ever given you? – Public activity in Karlstad

On Saturday 19 February, a group of activists from Sweden’s Nest 5 and Nest 2 organised a public leaflet distribution in central Karlstad. The location was full of people looking to take advantage of the fine weather and everything the city has to offer. In addition to enjoying the winter sunshine, the activists got to meet lots of locals who were out and about. Everyone – from families and youths to pensioners – accepted leaflets from the Resistance Movement representatives. 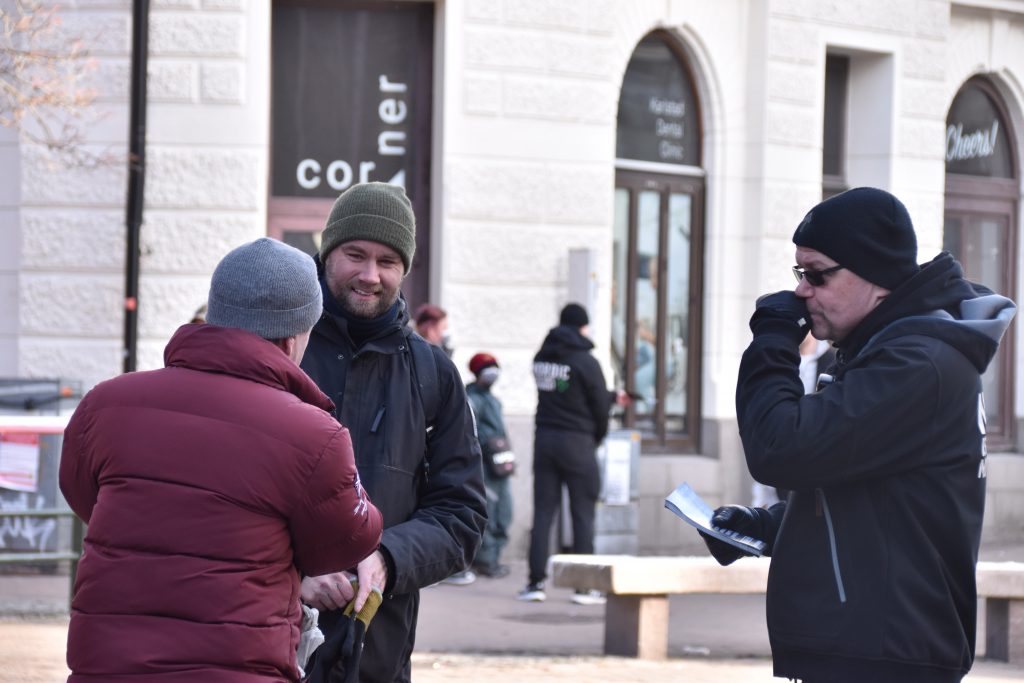 The activists gave out leaflets with the headline “What have politicians ever given you?” The leaflet lists eight things politicians and the modern enemy state have given to the people, followed by a call to the reader to revolt against these criminals.

The activity proceeded at a good tempo, with all the leaflets being handed out. During the distribution, the activists held sporadic and extended conversations with both positively and negatively minded passers-by. Everything from cowardly jeers to well-wishes met the participants’ ears while the Nests showed their presence among the people.

It didn’t take long before the police arrived. This unnecessary visit consisted of a dozen officers, who mingled among the people and stationed their vehicles at all entrances to the town square to make their presence known. This brought an immediate reaction from passers-by. Questions like “What are all these police doing here?” and “Haven’t they got anything better to do?” were asked to the activists several times. 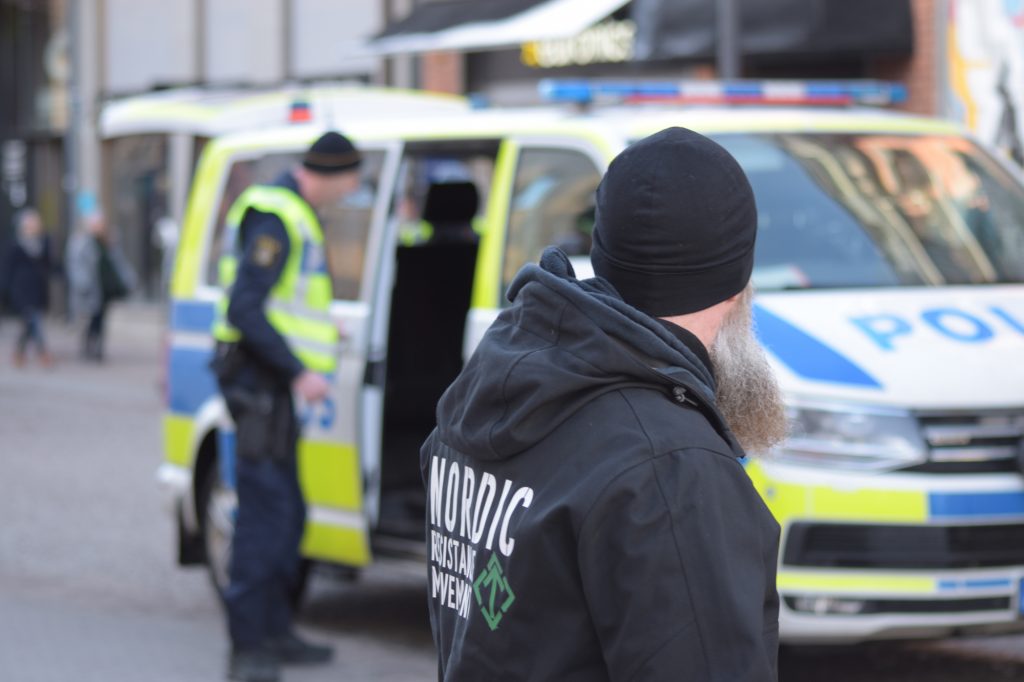 After visiting the square for a couple of hours and handing out a large number of leaflets, the participants decided to conclude the activity and bid one another farewell until next time. 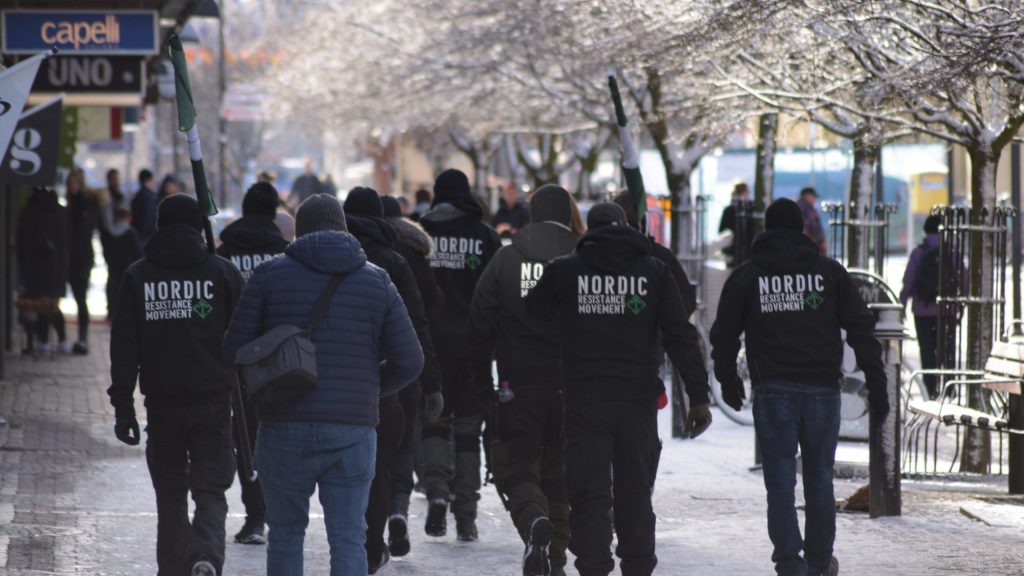