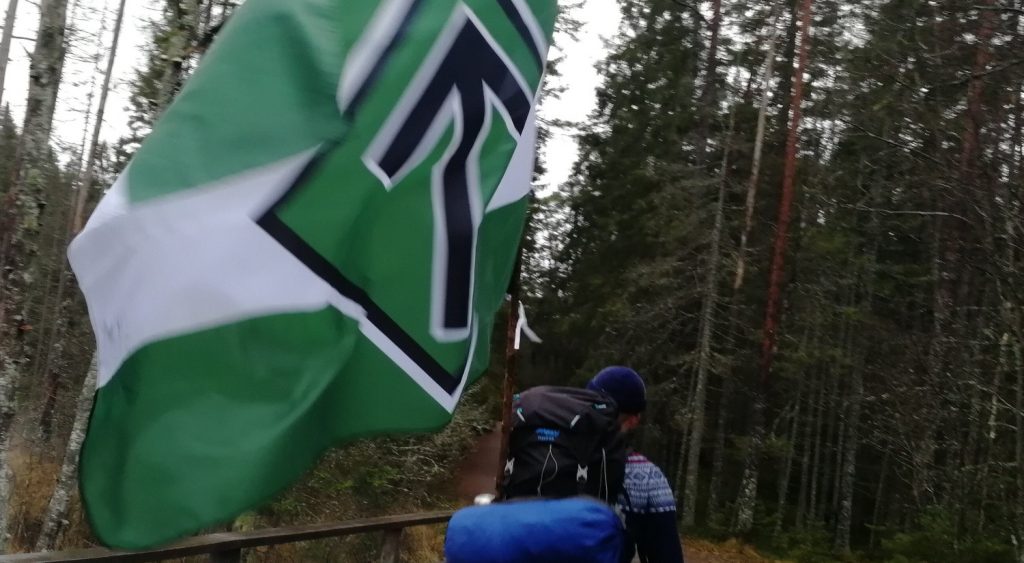 On the morning of Saturday 11th January, members and activists from Nest 1 gathered in Stockholm and prepared to set off for Tyresta National Park to hold the year’s first wildness activity. The theme for the weekend was winter survival. 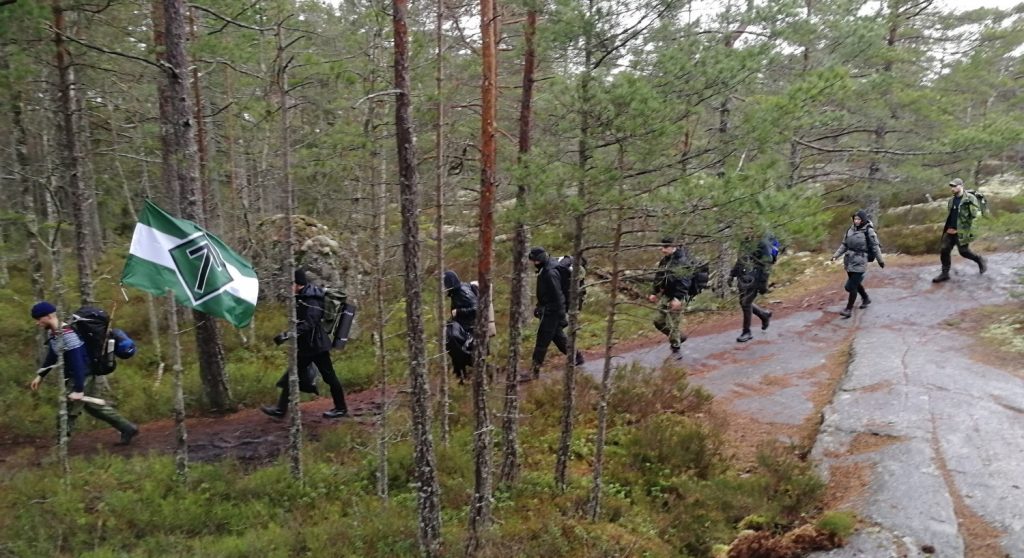 Throughout the day, a comrade spoke on several occasions about how to survive during the winter months. The instructor went over survival techniques in different scenarios. He said that in some situations you survive by being as visible as possible in order to be rescued, while in other situations your survival depends on your being seen as little as possible. At the same time you have to constantly avoid freezing to death, dying of dehydration or a fatal illness.

When the group reached their chosen camping spot, the lecture concluded and a National Socialist zone began to take shape. After both tents were put up and a campfire was lit, the Tyr rune flag was fastened high up in a tree. Sausages were grilled for a late lunch before a couple of members who couldn’t spend the night headed home when it started getting dark. 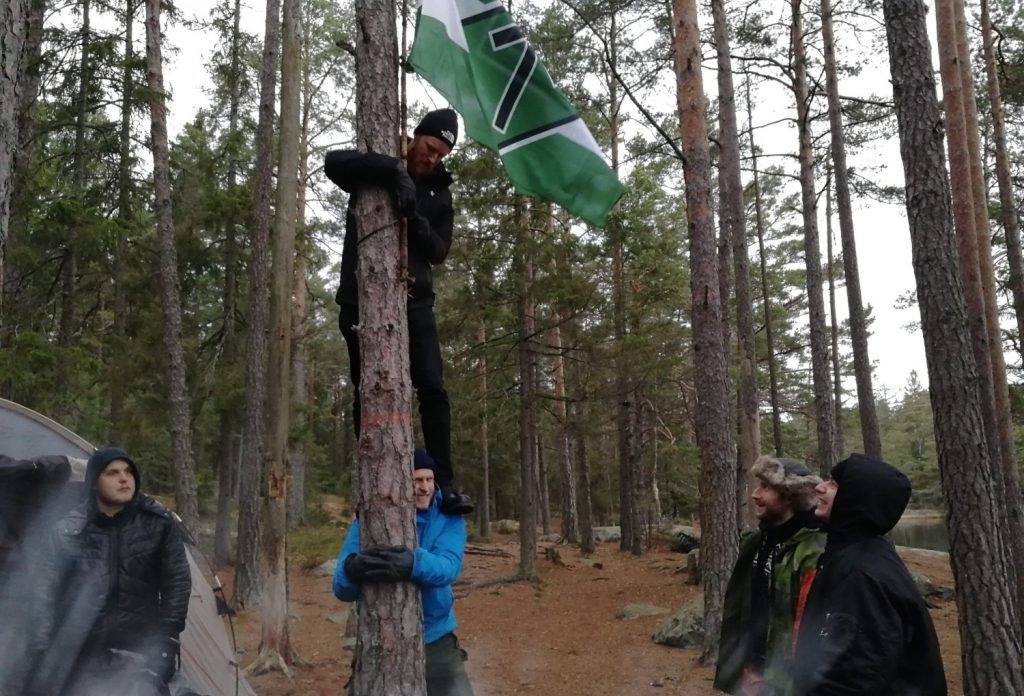 The comrades spent the next few hours socialising at the camp. They were visited by other campers who sought out the fire and nearby shelter and got to learn about the Resistance Movement and National Socialism. Among them was a woman who had the true nature of the oppressive “racial hatred” law explained to her. When night fell, most of the comrades went back to the tent one by one while some stayed up long into the small hours.

The activists who had gone to bed at a sensible time were awoken just before midnight for a separate training activity. After two to three hours, the group returned to the campsite to discover that some members had still not gone to bed and were sitting around the fire. The returning activists decided to sneak up on them and take them by surprise in a mock assassination attempt. The assassination appeared to be successful, because the members only realised what happened when they felt the knife sheaths against their throats. However, one comrade had the quick reflexes to immediately throw his assailant over his shoulder, resulting in a spontaneous wrestling match. He was then “stabbed” another ten times. After a long day out in the woods, the last night owls finally went to bed.

When it started to get light the next day, the comrades packed up their equipment and said farewell to a couple who had camped nearby the Resistance men. The comrades then marched out of the woods with the Tyr rune flag held high. After reassembling at their cars, they went on to the nest’s monthly meeting, which was held later that day. 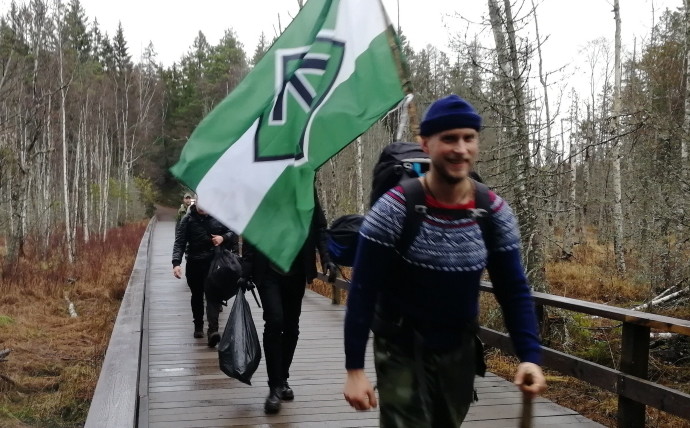 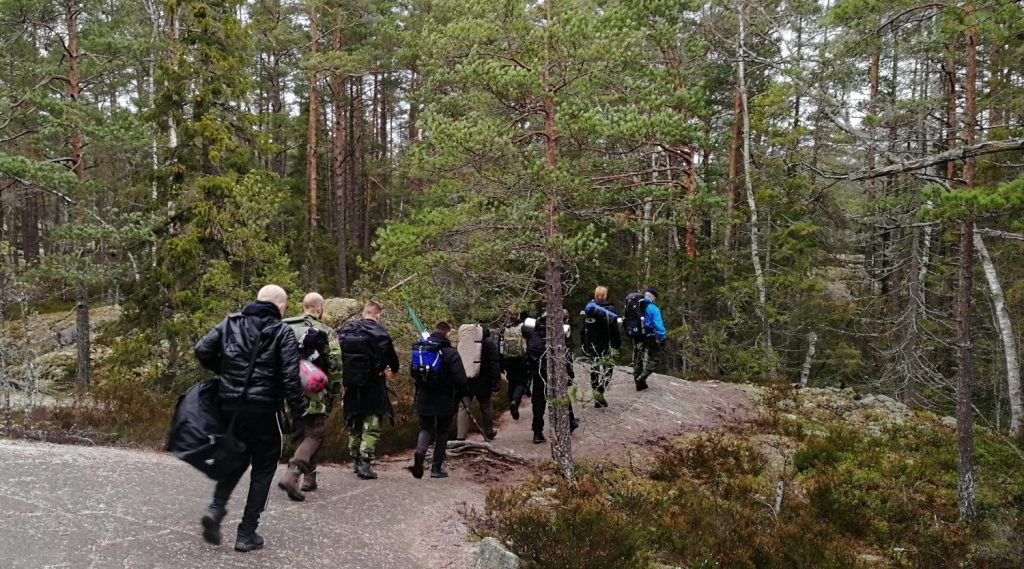 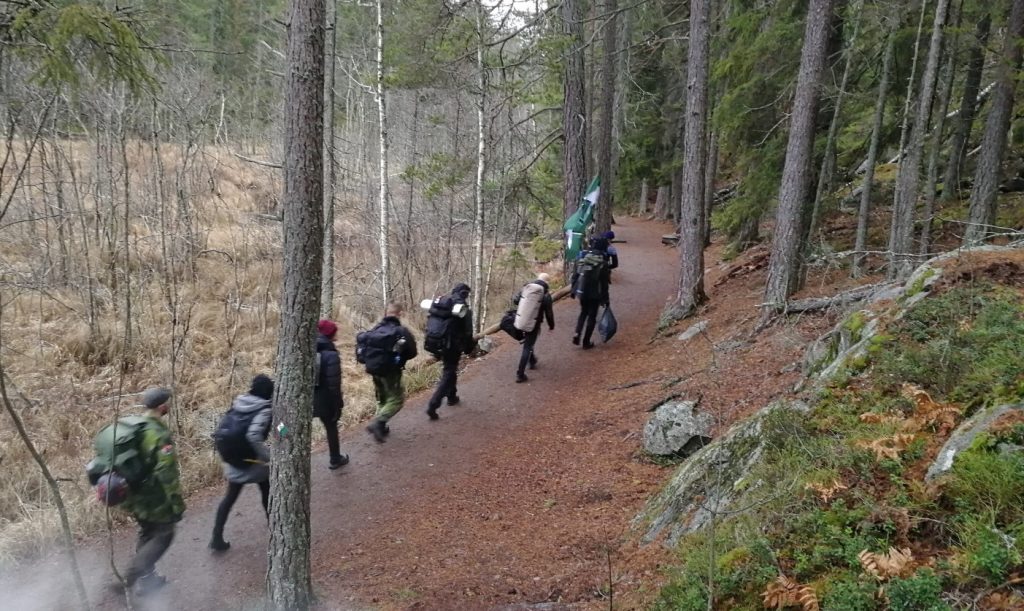