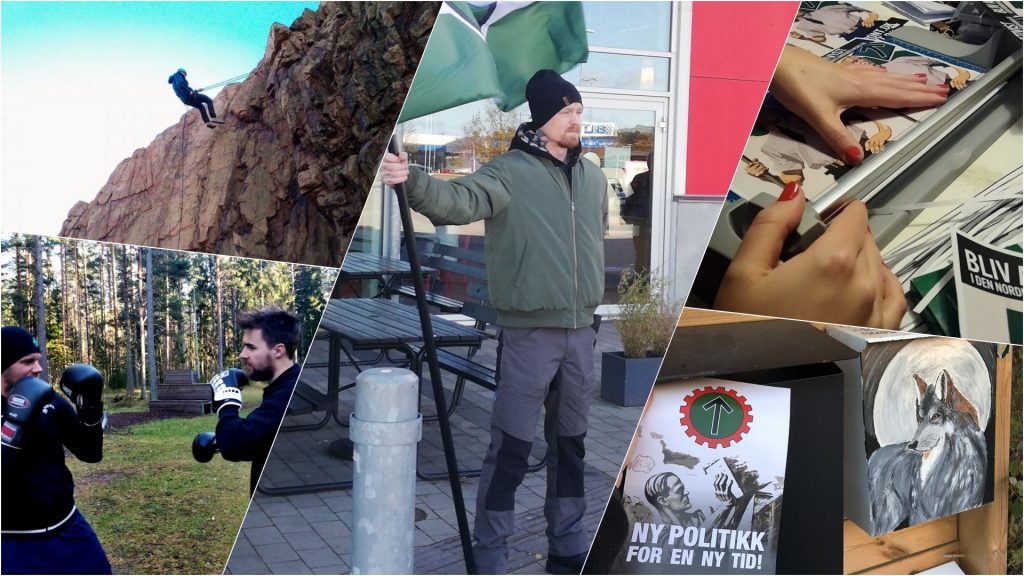 Nest 7 held a public leaflet distribution in Västervik on Sunday, 18 October. Many passers-by gladly accepted leaflets, and some stopped to talk with the Resistance men and complain about immigration.

Comrades from Nest 5’s Activist Group and Member Group went to Borlänge on 17 October to spread the organisation’s message. They began the day by displaying a “Radical Struggle” banner to show the Nordic people that this is the only way they will break themselves free. There were many positive responses from passing drivers. Afterwards, some of the Activist Group continued the day with boxing. They began as usual by improving their punching combos, before sparring and then doing pull-ups. The day was very successful, and the activists were in good spirits.

Member Group 2 from Nest 5 trained in boxing in Karlstad on Sunday, 18 October.

The group began with some simpler combos, before moving on to boxing mitt training. The training concluded with sparring. 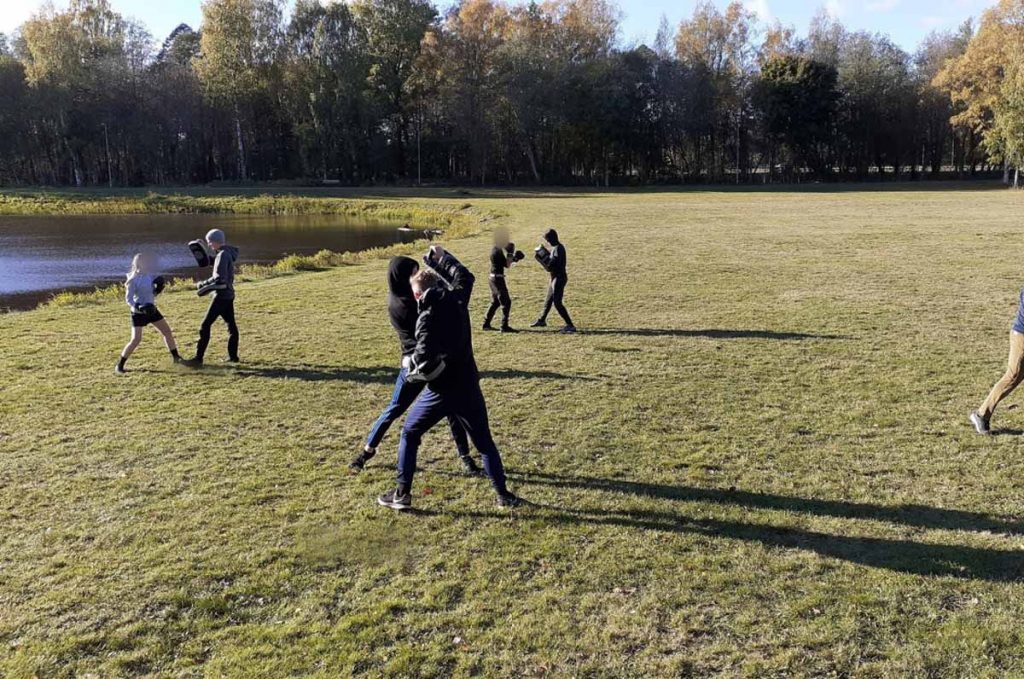 Activists from Nest 3 trained in rappelling during the week. As luck would have it, the weather was perfect for the activity, as there was hardly any wind and the sun was shining brightly. This somewhat different activity was much appreciated by all, and the knowledge gained will be made use of in the future.

A group of members from Nest 4 delivered leaflets to 500 households in Härnösand on Sunday, 18 October.

The leaflets informed residents about Abubaker Mohamad Awad, who is charged with the murder of Tommie Lindh, two rapes of Lindh’s female friend, and other crimes that occurred in connection with the murder.

The judgement against Abubaker came the day after the distribution. As expected, he was sentenced to lifetime in prison for his crimes, but that doesn’t mean he will sit behind bars for life. Rather, he could be free again in as little as 12 to 16 years. Therefore this human garbage must not be forgotten.

The struggle continues in Vetlanda

Activism continued in Vetlanda on 21 October, with leafleting and postering on the agenda for members and sympathisers from Nest 7. The material distributed served to enlighten people about the terrible murder of Tommie Lindh, the extreme anti-Swedishness that prevails in our country today, and the many other Swedes who have lost their lives due to so-called multiculturalism.

A member from Nest 7 and a sympathiser went out to spread the Resistance Movement’s message in Vetlanda on the night of 21 October. A “Stop the population exchange banner” decorated central parts of the town to appeal to local people. During the night-time walk, stickers with a National Socialist message were also placed around town.

Stickers and lamppost posters were placed around Hunnebostrand on Thursday, 15 October. This pleasant coastal town has recently gotten a taste of the multiculturalism the state has so generously enforced on us, with shootings and assaults as a result. This is something we do not accept! In a joint action, we went out to inform the people that we are here for them. The activity went well throughout the evening, with only a small interruption from local security guards, who made some minor threats regarding our activity. But threats from racial foreigners won’t stop us. We did what we were there to do and continued the evening with a successful action.

Stickers were placed in central Ulricehamn on the evening of 22 October. The activity went well and without incident.

Leaflets were delivered to households in Norr Amsberg in Borlänge Municipality and around Valsansjöarna in Falu Municipality on Sunday, 18 October. 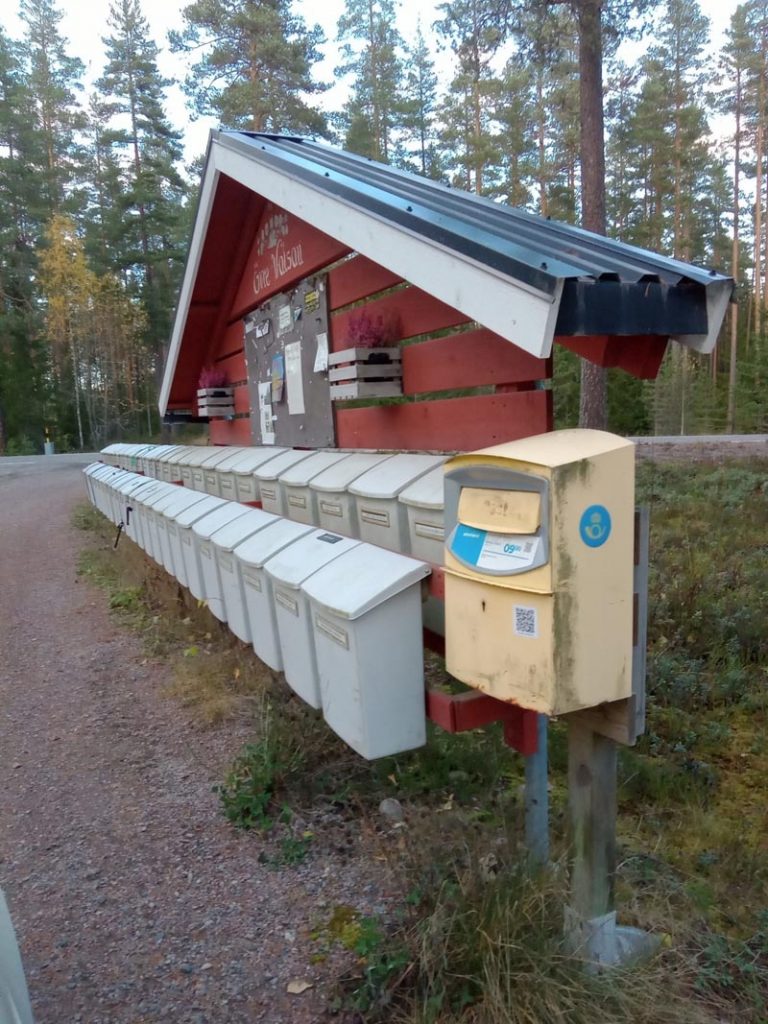 Members of Activist Group 302 held a poster activity at Sælen church in Fyllingsdalen after a man assaulted a child and tried to take off her clothes.

The police are still searching for the suspect, who fled from the scene after the child managed to get away and run home.

The members who conducted the activity met passers-by who praised the action and said it was terrible that children can’t walk home safely.

Nest 1 placed stickers at Busterudkleiva and Brødløs in Halden. Streets and bus stops were enriched with a positive message.

Members from Activist Group 302 printed hundreds of posters and leaflets that will be used in coming activities. 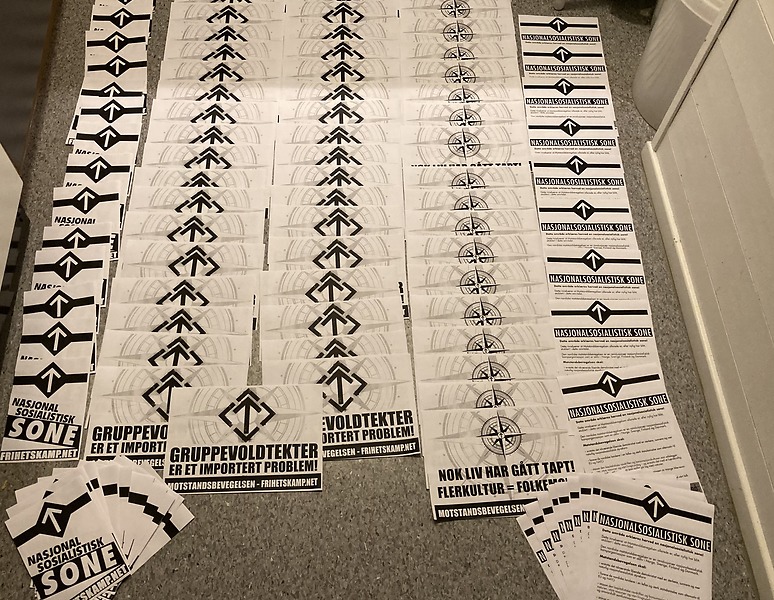 National Socialists delivered leaflets to addresses in Albæk in Østjylland.

Comrades from Nest 3 dedicated an evening to the production of a number of posters that will be used in the region in the future.