ACTIVISM. After the recent tumultuous activity in Lund, when the reds confronted the Resistance Movement – and then wished they hadn’t – representatives from Nest 3 promised they would soon return to the town. This promise was fulfilled on 29 June.

The activism took place in the same location as last time. Everything began smoothly. The weather was warm, and a lot of people were out on the streets.

Conversations with the white locals were calm and lengthy. However, things got a little more heated with some of the racial strangers, who claimed with certainty that there are no differences between the races. When an activist asked one of them if she was not surprised by the fact that two black parents never give birth to a white European child, but always a black African child, the woman had no answer. 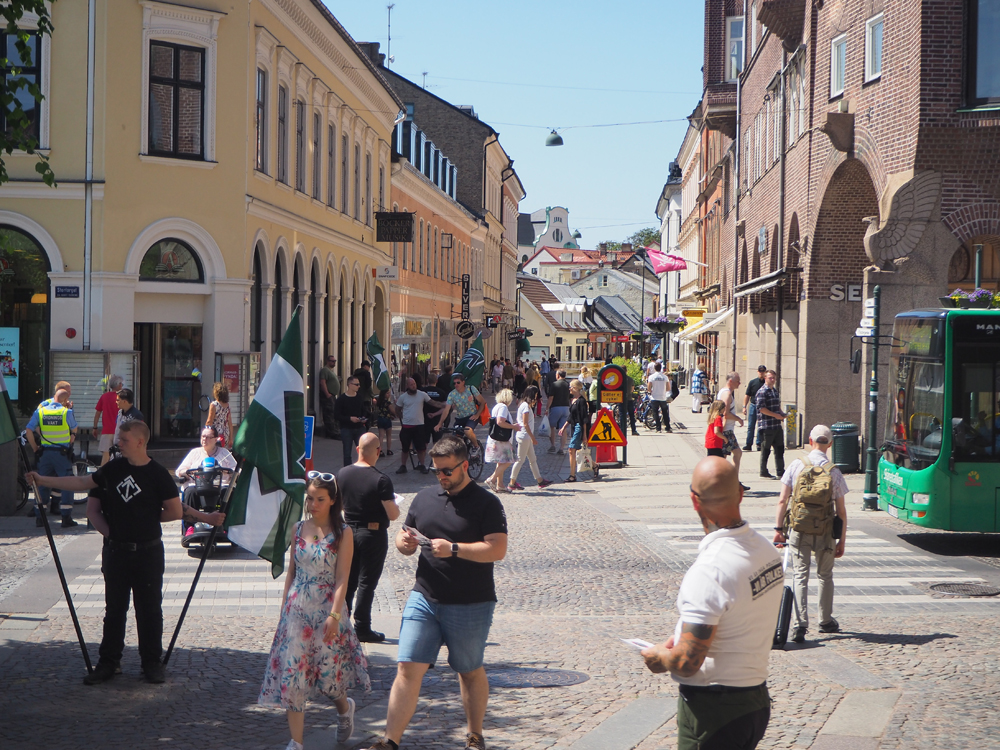 The same woman also claimed there are no differences between the sexes. The activist rolled his eyes at the obvious brainwashing and asked her if she didn’t think it strange that only a certain section of the population can become pregnant, and not everyone else. The woman gave no answer, and as such the conversation ended.

Unlike at the previous activity, the Left weren’t indulging in their usual shouting and screaming; in fact, they weren’t anywhere to be seen, most likely due to there only being one police patrol on the square to protect them. 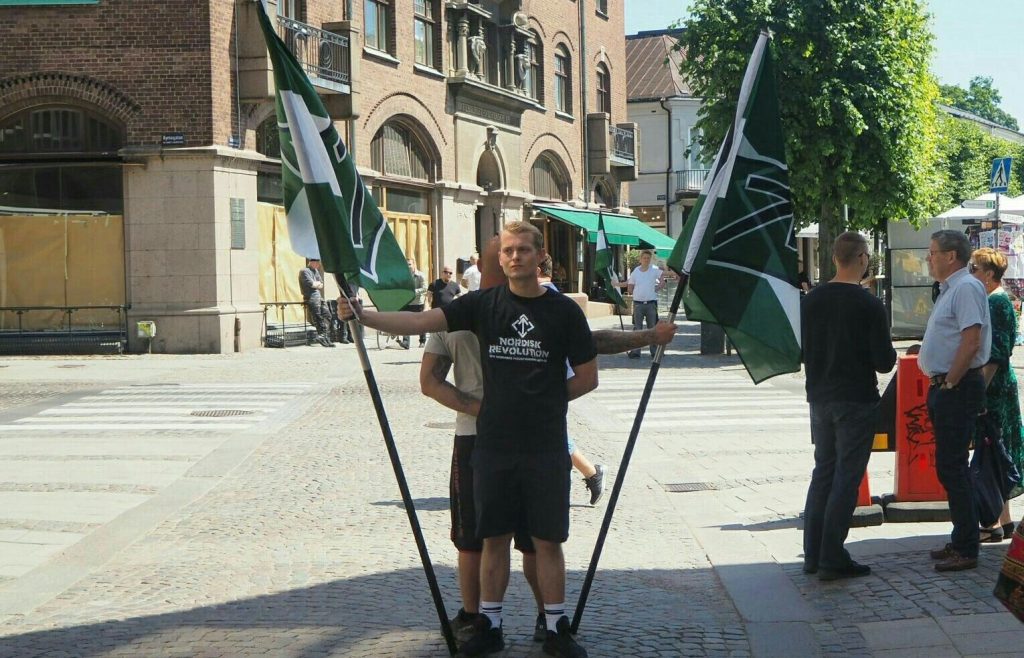 After about two hours, the Resistance men moved to Lund’s central station to continue the activity. More police started to arrive, and after 15 minutes, 20-plus people, some of them known Antifa, descended on the scene. They immediately began a confrontation by ripping up a leaflet and throwing coffee at a leafleter. This drew a strong response from the nearby activists, who defended themselves while another group of comrades ran across the street to help push back the red scum. 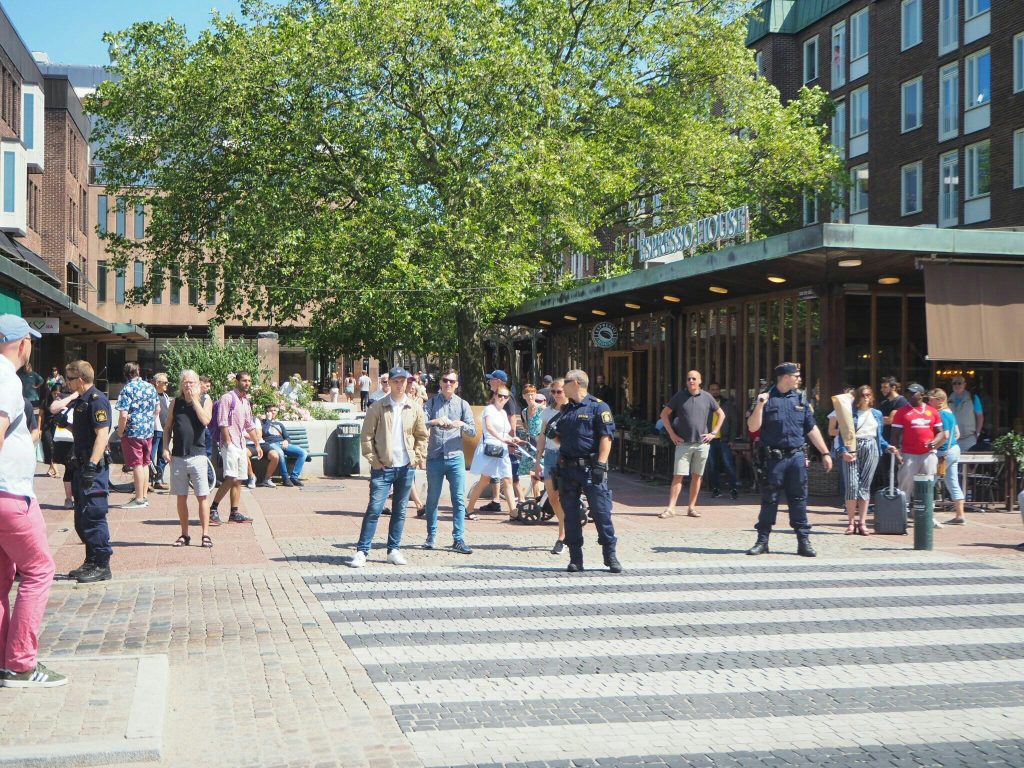 After a while, the police separated the groups, and as usual the Left began to throw more things once they were safely behind the police. To avoid more confrontations, the police – unlike those at the demonstration in Kungälv – drove back the reds so they couldn’t throw their drinks at the activists. 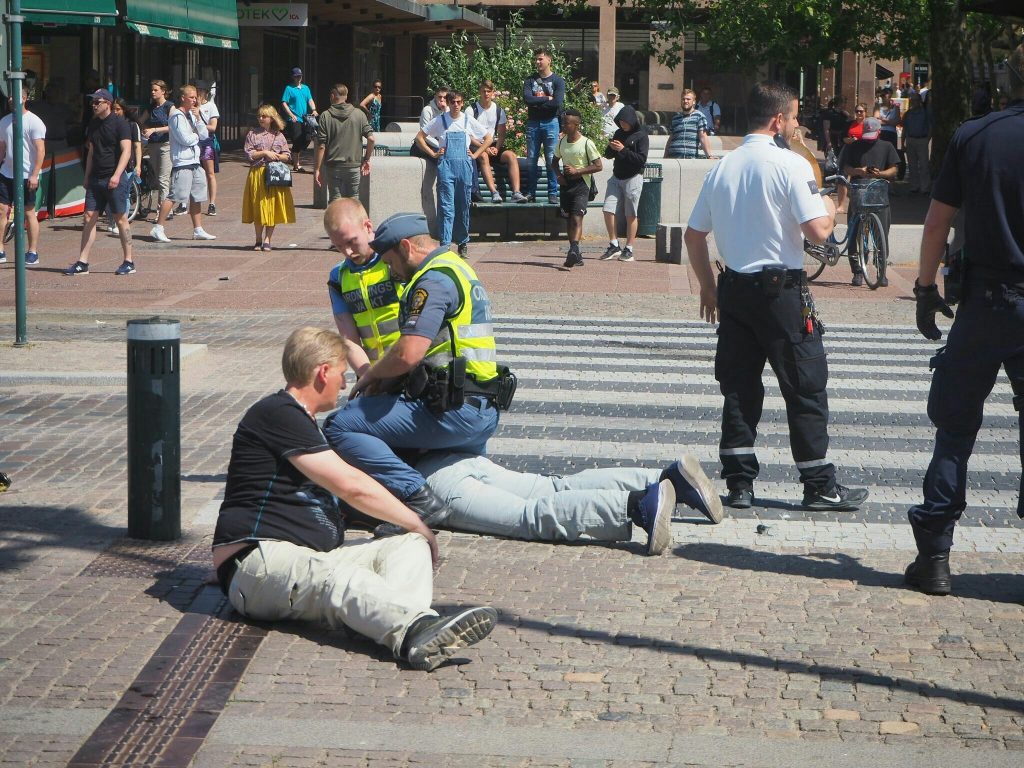 One person from the Resistance Movement was arrested but he was soon released again. After he was freed, the group reconvened to eat some homemade dinner and share their anecdotes about the events of the activity.