ACTIVISM. Activists and members from Sweden’s Nest 6 gathered for a “Multiculturalism = Genocide” banner action in Skellefteå on Saturday, 5 June.

The group took up positions on one of the more central bridges, displaying the banner in a northbound direction. The flow of traffic went in waves, but many vehicles passed by during the time the comrades stood on the bridge. About halfway through the activity, they switched sides and faced a southbound direction.

The reactions were mixed as always; some were negative, but on the whole the responses were mostly positive. No opponents dared to approach or confront the activists and members, and no police were seen on the sunny summer’s day. After almost an hour, the group packed up and travelled to their monthly meeting, which was held just outside Skellefteå. Another successful day in the sign of the Tyr rune in Nest 6! 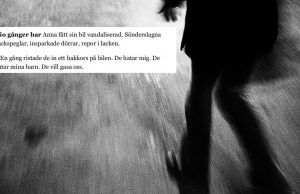