Everyone did their best to succeed in the running test and strength exercises in the beaming sunshine. As usual, the Resistance men from Nest 8 worked hard and the majority performed well.

After the test, the activist groups met up with the member group to hold the Nest’s monthly meeting, where past and future activities were discussed. The meeting was visited by guest of honour Magnus Wardmo, Chief of Nest 7, who held a very interesting and well-received speech about security. The activist stall and the Nest’s library were present as usual, and barbecue and dessert were served to all. 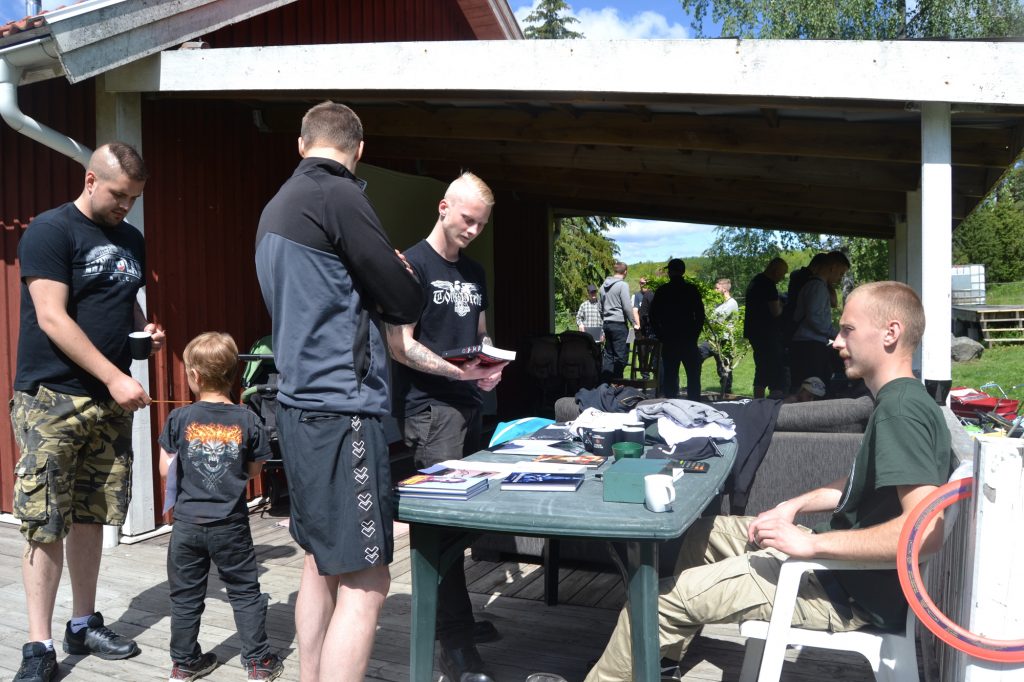