ACTIVISM. Nest 3 combine honouring the birth of a hero with street activism. 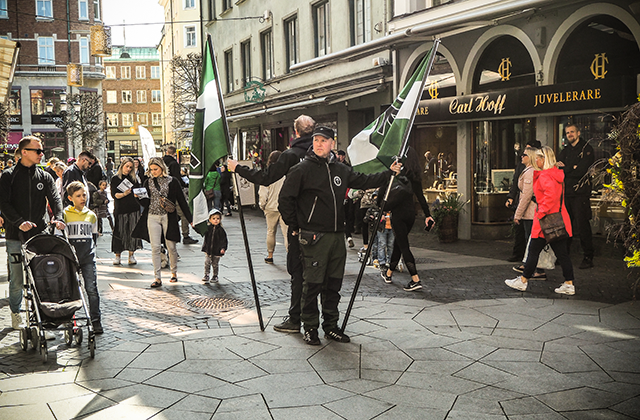 The activism started on the night before the 20th of April when comrades from both the activist and members divisions headed out to spray-paint electrical distribution boxes and to put up posters and banners in Skåne and Blekinge.

On Saturday, the members division went to the municipality of Höörs for an outdoors activity and the place chosen this time was Dagstorpssjön. The group stopped at a resting place to eat and drink, and after the meal those unfamiliar with how to start a fire were trained by those who could. All the necessary safety precautions were taken in order to prevent a forest fire, a well established philosophy for the Nordic people fundamentally opposed to the violating mentality of racial aliens in Greece, for example, who did not hesitate to deliberately start grass fires amidst the driest spring weather in order to get what they wanted. 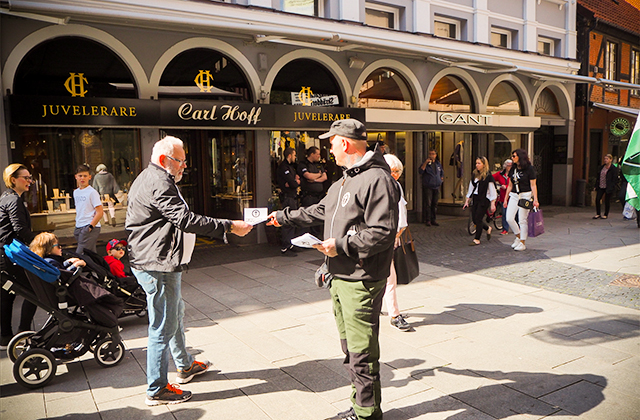 On the same day, the activist division went to Stortorget in central Helsingborg. A speech was held for the residents of the city, in which the speaker warned them of Helsinborg’s increasing decline. The speaker’s view on the city’s worsening conditions were strengthened by the murder of two persons who were shot the very same day just a couple of kilometres away from the location of the activity.

The activists stood on the pedestrian street with a banner and distributed many leaflets while both the approaching election for the European parliament as well as the Resistance Movement’s upcoming 1st of May demonstration were discussed with the residents of the city. 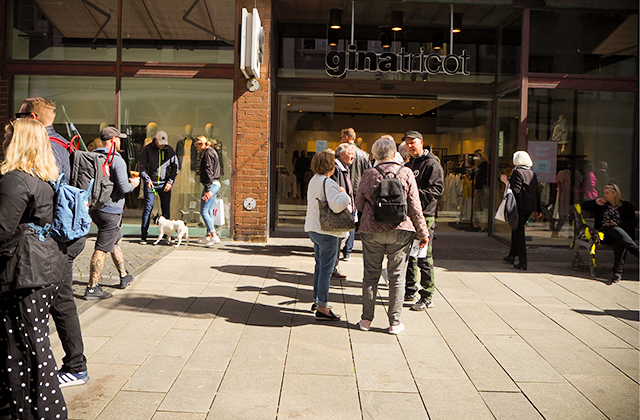 After over an hour of public activism the group moved on in order to spend some time together under more relaxed conditions. It was Führerweather and therefore excellent for a barbecue! Some comrades prepared meat from animals they raised and slaughtered themselves and the group sat together in a circle to enjoy their meal in peace as enemy banners burned in the background. The 20th of April was Adolf Hitler’s birthday and one of the activists prepared a small text to honor the day, in which he reminded everybody why we are fighting and what is demanded from us in order to be victorious.

When the day was over the activists thanked each other for their efforts. Some would be travelling north for the 1st of May when they would assist Nest 2 at the Resistance Movement’s upcoming demonstration in Kungälv.