The comrades began the activity by unfurling a banner and positioning flag bearers in the middle of the central pedestrian street. Acting Nest Chief Jimmy Thunlind then held a speech about the differences between the Nordic Resistance Movement’s politics and the degenerate society we live in today. 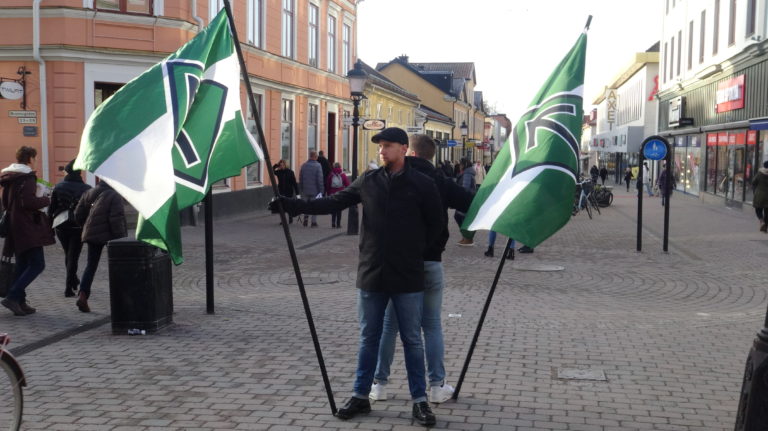 After the speech, the Resistance men distributed informational leaflets to the local Saturday shoppers. Many interested passers-by took the opportunity to come over and ask questions about the Resistance Movement’s policies.

During the course of the activity, the activists relocated to the main town square to counteract Nyköping’s “key janglers”, who routinely turn up there every Saturday to protest against “racism”. 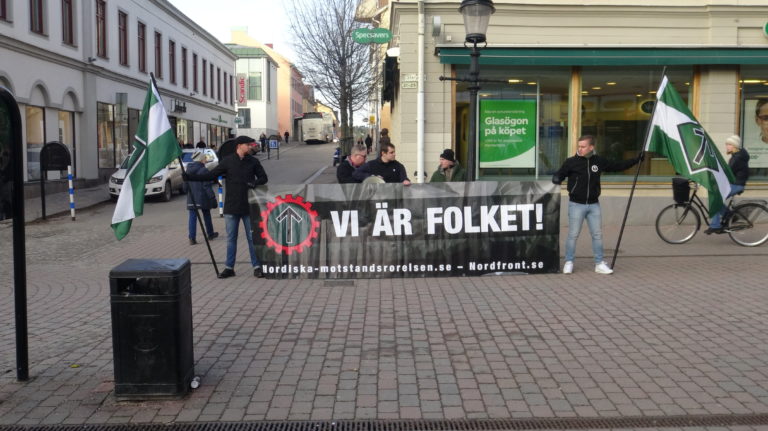 After further leafleting and conversations, the activity concluded with Thunlind holding the speech again in the new location. Despite the copious presence of both uniformed and undercover police, the activity passed calmly and in a dignified manner.