ACTIVISM. Sweden’s Nest 1 held another action against a paedophile in Norrtälje to inform the public of his latest crimes.

On 25 October 2020, Sweden’s Nest 1 conducted an awareness activity regarding a paedophile living on Domherrevägen road in Norrtälje, after it was revealed he had collected thousands of images and videos of child pornography.

Now, one year on, the same paedophile has been convicted of the same crime again, and once again has been sentenced to the clearly ineffective punishment of probation.

As a result, activists and members of Nest 1 felt obligated to re-inform neighbours and local residents about who is living in their vicinity. So almost one year to the day, on 24 October 2021, a band of Resistance men were in Norrtälje to distribute leaflets to all households on Domherrevägen and several nearby residential areas. 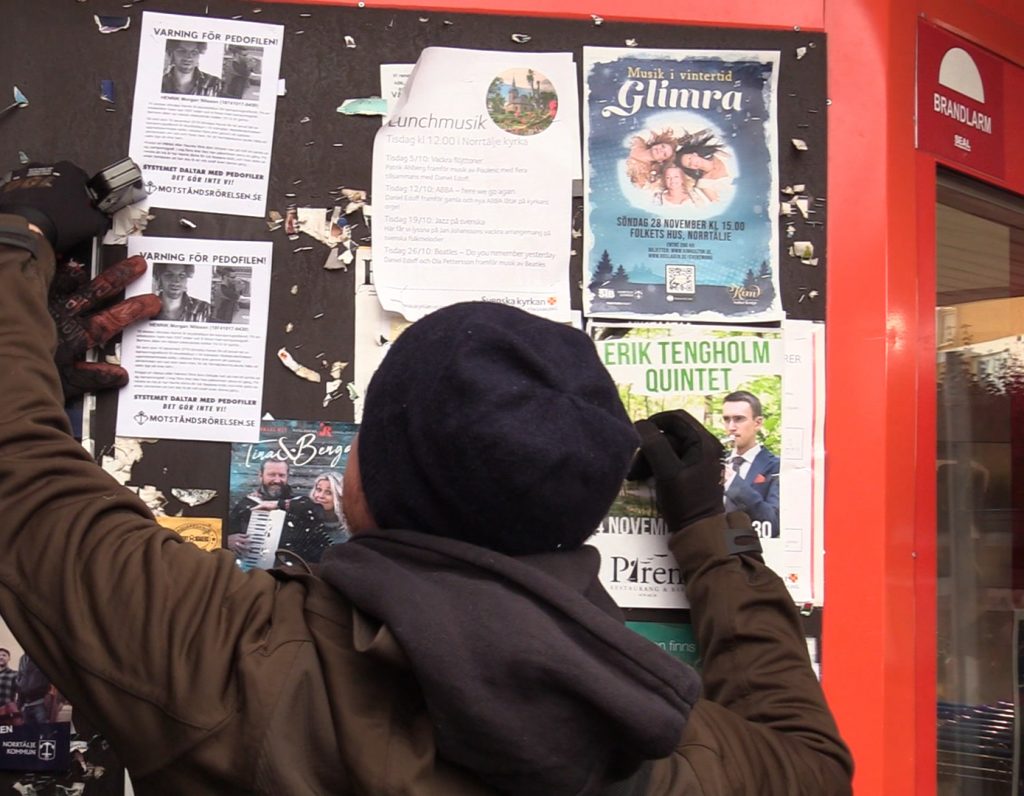 In addition to the leaflets, numerous posters were put up around the area and at the nearest grocery stores.

Just after the activity had been completed and the group were leaving, a man was seen removing leaflets from car windscreens. He was quickly identified as the paedophile in question.

The Resistance men’s cars turned around sharply and skidded onto the nearest side street. Feeling an adrenaline rush – and with their sights set on confrontation – the hunt began.

But to the disappointment of the comrades, the paedophile realised what was happening and the danger he was in. The coward then quickly fled into his apartment, where he could momentarily breathe a sigh of relief. 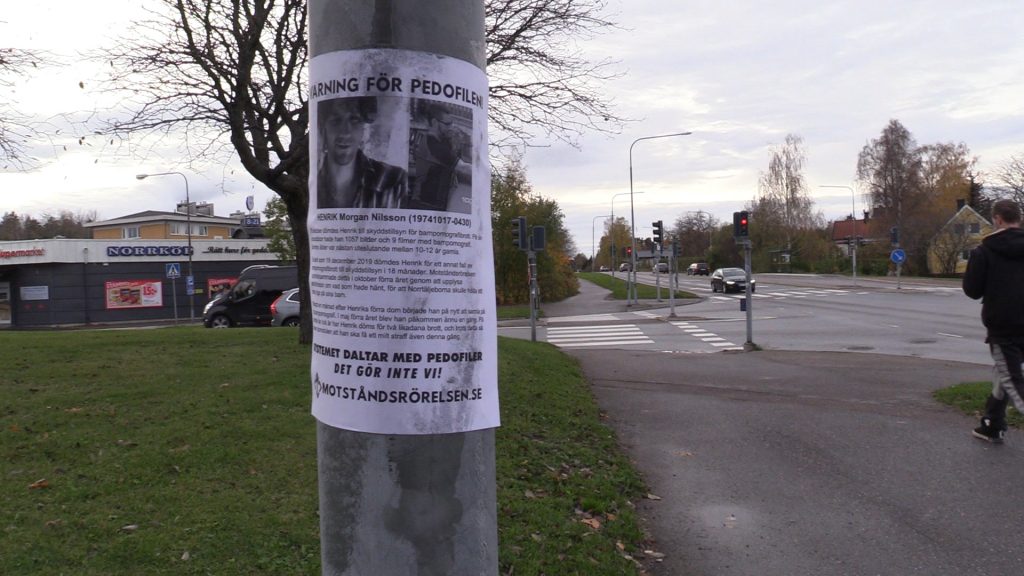 With the Resistance men in high spirits after at least giving the paedophile a scare and making him realise he is not wanted in the neighbourhood, the group continued the day with a banner action on a bridge over a busy road in the community. There they displayed the appropriate message – “The system coddles paedophiles. We do not!” – for some hours before the day was brought to a close. 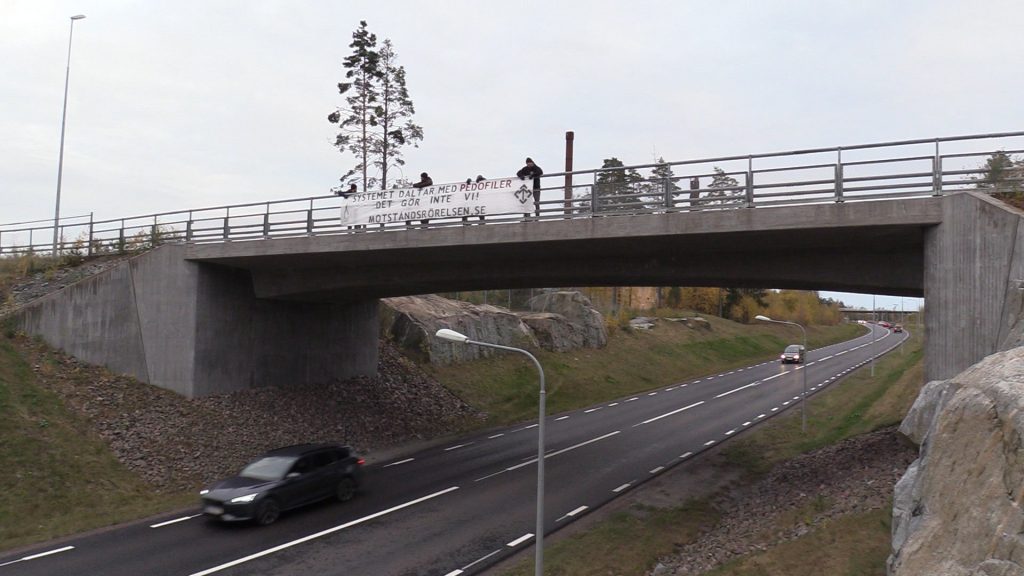