ACTIVISM. Sweden’s Nest 7 held a public leaflet distribution in Eksjö and a banner action in Jönköping on Saturday, 29 January. 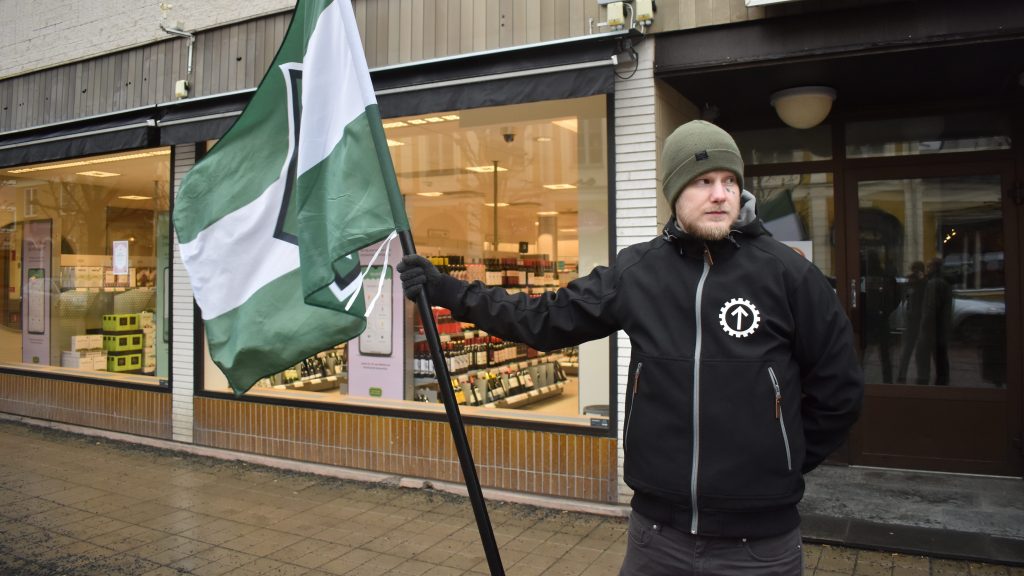 The activists took up positions with a flag in Eksjö just after 10 a.m. and began handing out leaflets with a message urging Swedes to come together and defend themselves and their folk against attacks by racial foreigners.

Eksjö is home to a lot of nationalist-minded people, and the Resistance Movement often receives a very positive response in the town – as was the case this time. Many people took leaflets, and some stopped to talk politics. Some were hesitant at first but became positive after speaking with the activists. As usual, the Resistance men also received a lot of well-wishes. 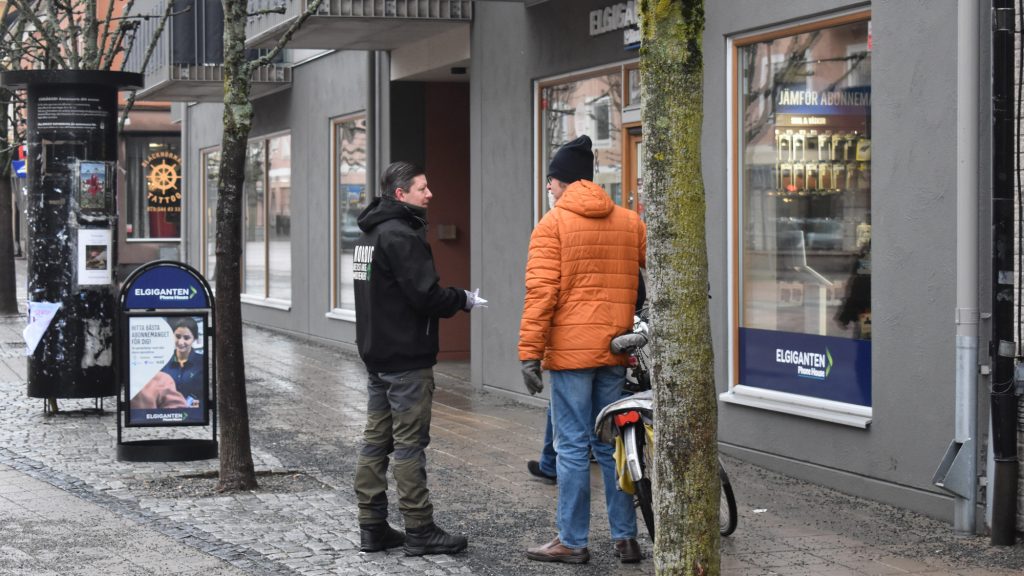 Unlike most places in Småland, there is also a small minority of very vocal reds in Eksjö. Some of these came out to pester the activists and complain about the Resistance Movement’s presence in the town. They repeated their worn-out lies about there being no differences between the races, and how protecting the interests of one’s people is pure evil (for White people, at least).

After half an hour, two police officers turned up. The first, a policewoman, immediately began to nag the flag bearer in a highly disparaging tone, telling him to move to another location where there were not as many people. According to her, a lot of people had called the police and said they were scared by the Resistance Movement’s presence. The activists tried to explain to the police that there is nothing to be afraid of, and that the only reason some people are scared of the Resistance Movement is because of the system and its lying media. 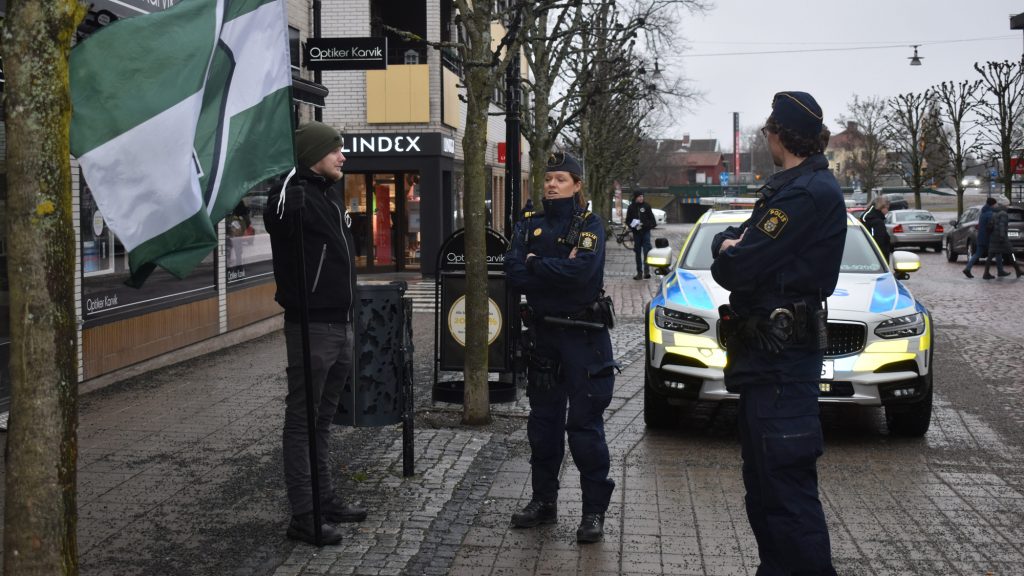 The police woman couldn’t understand this and continued to nag the Resistance men about moving somewhere else, as well as trying to employ various master suppression techniques she had presumably studied. Eventually the policewoman’s male colleague seemed to tire of the woman’s whining and interrupted her to inform the Resistance men that everything appeared calm at the location and no crime had been committed. Shortly afterwards, the police left. 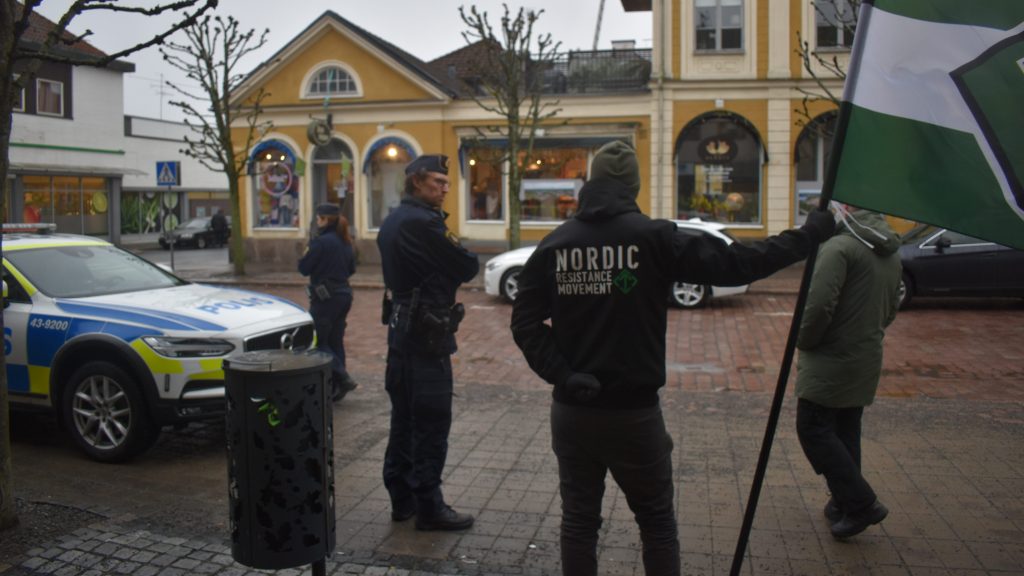 The leaflet distribution went on for about two hours before the activity was concluded.

On the same day, a banner action took place over the E4 road in Jönköping with the message “Stop the Population Replacement”. 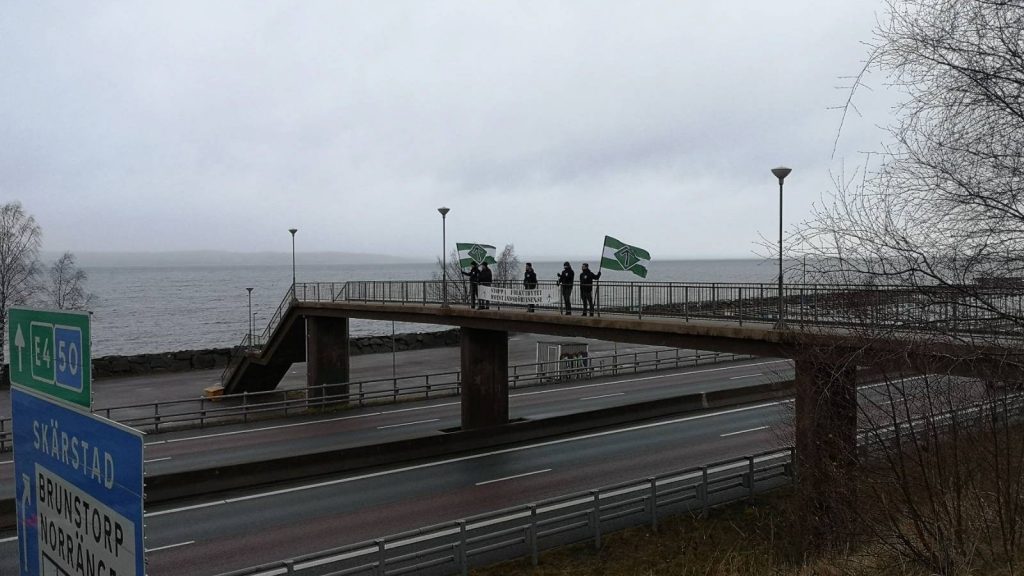