On Sunday it was once again time for the annual Vasaloppet cross-country ski race in Dalarna. The race is arranged in memory of Gustav Eriksson Vasa’s legendary journey across the county in 1520-21, when he fled from the Danish king Christian II before leading a rebellion to overthrow him and rule Sweden as an independent nation. 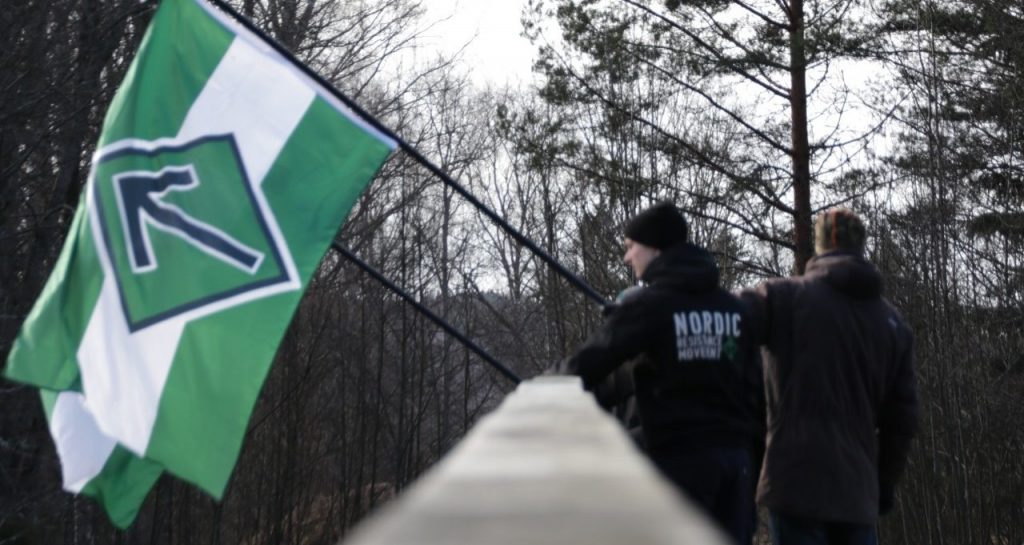 To mark the event, the Nordic Resistance Movement’s Nest 5 held a banner action the day before the race in which they reminded the people of Gustav Vasa’s most important feat – his freedom fight for the Nordic people.

The activists set up three banners in a row along the E16 road on the outskirts of Borlänge. The first urged people to do as Gustav Vasa did… which the second banner revealed was to become a freedom fighter. On the third banner, the people were encouraged to join the modern-day resistance – the Nordic Resistance Movement.

As usual the police proved there is no “lack of resources” when it comes to suppressing oppositional political activity, quickly arriving on the scene to take down one of the banners.

However, the long arm of the law made no efforts to contact the activists or take down any of the other banners. Apart from the police’s intervention, the activity passed without disruptions and brought encouraging shouts and car horn beeps from passing drivers, much to the appreciation of the activists.