RESISTANCE MOVEMENT. The Nordic Resistance Movement’s media group presents a video of Fredrik Vejdeland’s fiery speech at the 1 May demonstration in Kungälv. 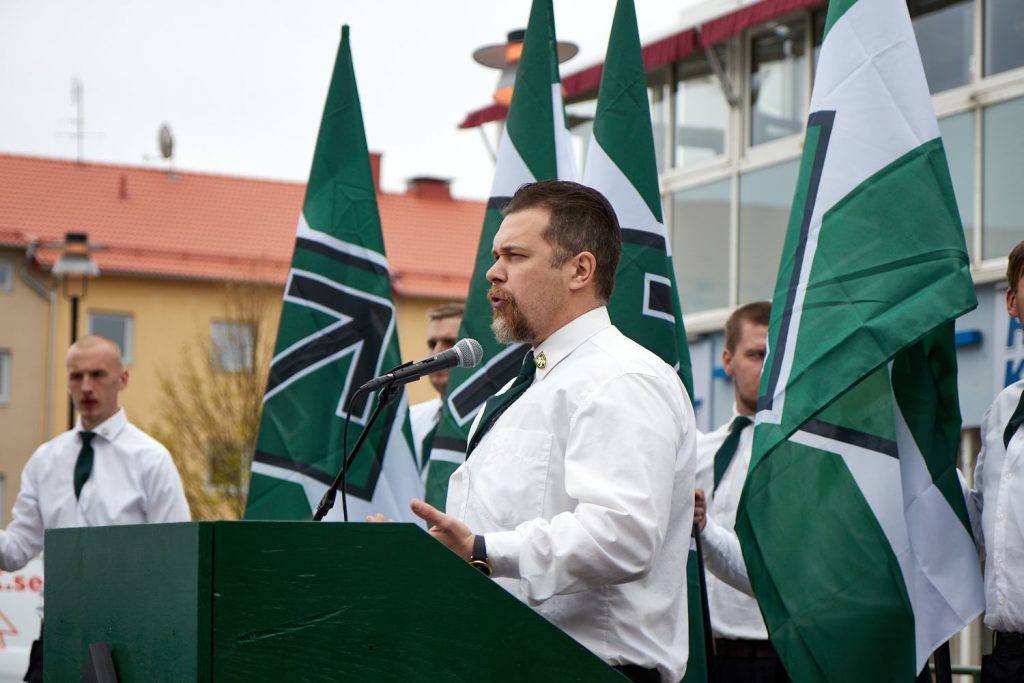 In his speech Fredrik Vejdeland spoke about how large sections of the so-called “workers’ movement” would rather demonstrate against the Resistance Movement than for the workers they claim to represent. He detailed how the Left have gone from representing the working class to pushing LGBT and equality issues. He also mentioned they receive money from people such as George Soros.

I will ask you in the audience: Would you have confidence in the Nordic Resistance Movement if we had support and financing from a person like George Soros?

Do you think the Nordic Resistance Movement will ever receive support from such a crook?

No, and you are completely right. In contrast to the so-called workers’ movement, we do not sell out our people or our workers. It is not just incompatible with our ideology; it also goes against our honour.