ACTIVISM. On Saturday the 11th of May activists from the Resistance Movement’s Nest 1 in Sweden sprung into action once more on the streets and squares of Stockholm, in order to urge the people to join the organization. 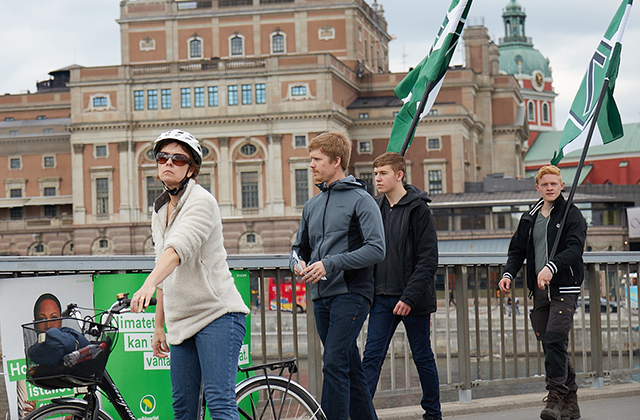 The group gathered at a metro station and carried on from there, heading into the city center. The first stop of the day was Hötorget where the activists positioned themselves with flags held high, opted to spread out and begun distributing leaflets. The weather was sunny and clear and many leaflets were handed out, however the interest of passersby was not yet particularly high.

After a while the group moved on and distributed leaflets along Sergelgatan on the way to Sergel’s square where people had already gathered and a police car was stationed on site. The flags were raised next to the Sergel fountain and the distribution of leaflets continued. As is usually the case, as soon as the lackeys of the enemy government spotted the resistance men, police reinforcements were immediately called in and new police cars started to show up every five minutes, including a cop on a Segway, until eventually the number of police vehicles amounted to four or five active units. A racial alien appeared later on and he couldn’t respect, or maybe understand, the fact that the Nordic natives of Sweden won’t let themselves be silenced, he was also unable to accept the fact that people are allowed to take pictures in public places, which someone happened to do just as the immigrant was behaving his color. The alien was thereafter swiftly placed under police protection and after a while escorted away from the square.

At that point the activist group had a tail of political police at their rear, who followed the resistance men all the way to the next stop at Kungsträdgården where both groups positioned themselves in the park. Many positive discussions took place, including a conversation with a Slovak who confidently said that the Resistance Movement’s parliamentary branch is the only party anyone should vote for.

The day continued at Mynttorget where the atmosphere was good and a lot of people were on the move. As usual there were many tourists walking along these parts of the city and a reflection that crossed many of the activists’ minds was that it’s quite typical of tourists to be more curious of the Resistance Movement and who we are, compared to the city residents of both Swedish and racially alien origins – probably as an effect of the Cultural Marxist brainwashing afflicted on the latter everyday.

From Mynttorget the group walked back to Kungsträdgården and further back to Sergels, this time though at the height of Drottninggatan, where the activists were approached by a group of young sympathizers from a neighbouring Baltic country who were very interested in the resistance. Subsequently, the activists moved on to their final destination at Hötorget square.

The activity of the day was overall very successful. There were, however, a few isolated cases where some people could not behave as human beings and tried, for example, to steal leaflets in plain sight of their own children or displayed generally very bad manners. Nonetheless, no serious incidents took place and most of the passersby were happy to meet the Resistance Movement’s activists and discuss politics with them. It’s worth reporting that at least one new membership application was received on the spot and many expressed their interest in joining the Nordic Resistance Movement.

On the streets of Stockholm
1 of 14 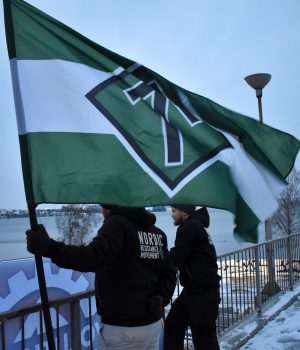 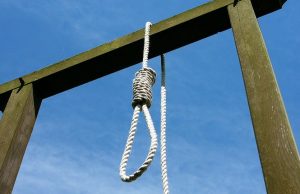