ACTIVISM. Members and activists from the Norwegian branch of the Nordic Resistance Movement conducted activism throughout “Pride” month, highlighting the homo lobby’s connections to paedophilia. 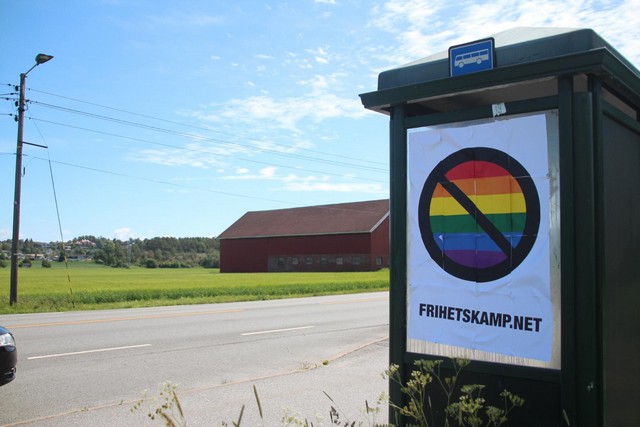 In Nest 1, activists carried out a large propaganda offensive in Eastern Norway, including putting up posters and delivering leaflets about the homo lobby’s connections to paedophilia.

The materials featured a QR code directing readers to a landing page about the homo lobby on the Resistance Movement’s Norwegian website Frihetskamp, which includes an article about Axel Axgil, the founder of the Nordic homo lobby, and his partner Eigil Axgil, both of whom were convicted paedophiles.

Selection of photos from the activism in Eastern Norway:

A large number of posters and leaflets signalling resistance against the homo lobby and promoting healthy values were distributed in Bergen and Alver municipalities.

Selection of photos from the activism in Hordaland: